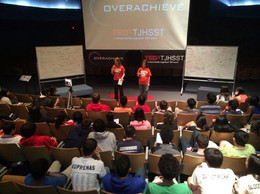 This conference serves as a platform for the TJ community – students, parents, alumni, and faculty alike – to share individual insights and experiences related to this year’s theme: “Prevail: How can we discover and pursue our own passions in the face of external and societal pressures?”

By considering the many ways our students, faculty, and alumni prevail we hope to inform and inspire our students and the world beyond. Hope you enjoy!

Here is our schedule:

Session 1: Period 6 (10:15 – 11:45)
Pooja Chandrashekar: “My Journey to Founding ProjectCSGIRLS”
Nora Thompson: “Perfect Imperfections”
Stephanie Wilson: “Strength Through Struggle: What We Gained by Running 100 Miles”
Rhamy Belayachi: “Fall In Love With Something And Do It”
Tammy Bjelland: “The regret threat and other weapons of dream destruction”
Pegah Moradi: “Finding Love in a Hopeful Place: An Exploration into What and Where Passion Is.”

Session 4: Period 8B (3:10 – 3:50)
Eke Wokocha: “I, Too, Am TJ”
Ms. Josephine Romeo: “My constant companion: Overcoming the hurdle of a disability”
Katherine Salamido: “How to Save the Environment in One Simple Step”

Ashley Wilson is a TJ grad, proud member of the class of 2002! She has a masters degree in Organization Development and she has an organization development specialist and leadership coach. She currently practices in a large federal government agency. Her mission is to help people work well together, and to foster learning and empathy in organizations.

He was born and raised in San Diego, California, where Hispanics were the majority, and when he moved to Virginia, my middle school was predominantly African American. The dramatic demographic differences of TJ made it much harder to fit it and feel like apart of the school as he did with many schools previously. Considering that TJ is a STEM school, the lack of both African Americans and Hispanics in the STEM field didn't make the transition any easier. However the lack of minorities in the STEM field is what lead him to start the movement to get the minorities as involved as the Caucasian and Asian Americans are.

Evan Glazer is the principal of Thomas Jefferson High School for Science and Technology. He was born and raised in the Chicago suburbs. He earned a B.S. in Mathematics and an M.S. in Mathematics Education at the University of Illinois, and a Ph. D. in Instructional Technology at the University of Georgia. As a mathematics teacher in Glenview, Illinois, he emphasized inquiry-based learning, technology-enhanced explorations, and real world applications. Some of his work can be seen in his booksUsing Internet Primary Sources to Teach Critical Thinking and Everyday Use of Mathematical Concepts: A Reference Guide. In addition to his interest in mathematics, Dr. Glazer has studied and explored various facets of physics and paleontology.

Kate Salamido is a senior at TJ. She will be attending Dartmouth College next year and plans on double majoring in Environmental Science and French. In her free time, Kate enjoys trail running, cycling, baking sourdough bread, and making dumb jokes at inopportune times. When she grows up, Kate plans on either saving the planet (!) or living in a log cabin in rural Missouri with 26 cats, all of whom will be named "Bartholomew."

Dr. Keith Knipling graduated from TJHSST in 1994 and holds a PhD from Northwestern University and a BS and MS from Virginia Tech, all in materials science and engineering. Keith is currently a research scientist at the U.S. Naval Research Laboratory in Washington, D.C., and is a 2012 recipient of the Presidential Early Career Award for Scientists and Engineers. He is an avid ultrarunner, running several 100-mile races a year in mountains throughout the world.

Kritika Singh is a malaria researcher, and a junior at TJHSST. She founded Malaria Free World (a 501c3 non-profit organization) to raise awareness about malaria research and eradication efforts. Malaria Free World aims to get more youth involved in the fight against malaria. Kritika has organized many educational events and launched several programs to get everyone excited about a malaria free world. She is also actively studying the socioeconomic, medical, and cultural challenges that need to be understood to outsmart the malaria mosquito and parasite to help the world get rid of the deadliest disease in history. And one question remains, why hasn't malaria been eradicated yet?

Mike Miller is a former Content Review Committee member for Virginia’s End-of-Course English Writing Test. He is a Teacher Consultant with the Northern Virginia Writing Project, and he teaches English at the Thomas Jefferson High School for Science and Technology in Alexandria, Virginia.

Nicole Bailey is a Master's student in Global Communication, concentrating in Information Technology and Middle East Studies, at George Washington University. She completed her Bachelor’s studies in Political Philosophy, Policy, and Law at the University of Virginia. She is currently a Staff Writer at the International Affairs Review at the Elliott School of International Affairs and a Blind Reviewer for New Middle Eastern Studies, a publication of the British Society of Middle Eastern Studies. She has lived and worked in Oman and France.

Nikita Sivakumar is a colorful freshman at Thomas Jefferson High School for Science and Technology, who, in her free time, enjoys playing the piano, fangirling, and catching the latest episode of "Arrow". From a young age, Nikita has been inspired to help find a cure to cancer, and actively tries to reach that goal everyday by raising cancer awareness and funds as a Relay For Life team captain. She is very excited to speak and exchange ideas at this year's TEDxTJHSST Conference.

Nora Thompson is currently a sophomore at Thomas Jefferson High School for Science and Technology and just like the majority of her classmates, she is involved in numerous activities there. She is an avid member of the Model United Nations team, runs cross country and track and field, and enjoys participating in both Swing Dance Team and Namaste. However, also just like her peers, she feels the stress of keeping up with rigorous coursework while pursuing her other interests and even though these feelings are rampant she has also felt alone. Now she hopes to show the TJ community that being a TJ student does not mean being perfect but rather means being willing to make a difference.

Pooja Chandrashekar is a senior at Thomas Jefferson High School for Science and Technology as well as the founder and CEO of ProjectCSGIRLS. ProjectCSGIRLS is a national youth-driven nonprofit working to close the tech gender gap through running a national computer science competition for middle school girls and workshops around the country. As a strong advocate for encouraging girls in technology, Pooja is a public speaker who has spoken about the underrepresentation of women in technology and her outreach work at national and international conferences. Academically, she is particularly interested in computer science with applications to medicine, especially computational neuroscience, and has done extensive research in developing computational tools to diagnose medical disorders like Parkinson's disease and mild traumatic brain injury.

Reem Mohamed is a current senior at TJ and has been involved in politics at home and abroad for several years. Her experiences with the revolutions in Egypt have pushed her to become active in peace and reconciliation efforts here, earning her TJ's nomination for the Fairfax Peace Award. She will be studying medicine in the future, and hopes to use her skills as a doctor to work in war-torn areas. Reem will be attending George Washington University in the fall.

I am a junior at TJHSST, I currently hold positions as Corporate Webmaster at Premium Mortgage Corporation, Co-Founder and Chief Technology Officer at SATUS Project, and Developer in the Applied and Computational Mathematics Division at the National Institute for Standards and Technology. I serve as Project BEST's (a non-profit) Manager of Media and Marketing to publicize and explore new opportunities to educate middle schoolers in the STEM fields. In short, I'm a STEM-driven leader, devoted developer, and an entrepreneur.

Sam Cadd is a current senior at TJHSST. Through her experiences with academic pressure and the college admissions process, she has gained an appreciation for the relationship between stress, competition, and passion. In her free time, Sam enjoys hip-hop, art, and searching for the ultimate cup of chai. She will be attending Oxford University this coming fall to study law.

Stephanie Wilson had been a distance runner for more than 20 years before she discovered ultra trail running in 2006 in the northern Virginia mountains. Over the last 9 years she's logged many beautiful trail miles throughout the U.S. She feels she lives an ordinary life as a mother of two sons, wife, small business owner, and volunteer. Choosing to take part in something extraordinary like ultrarunning is a choice Stephanie believes any one of us is able to make. Keith and Stephanie know each other through an active trail running club called the Virginia Happy Trails Running Club which hosts numerous trail runs in the northern Virginia region.

Tammy Bjelland is a language lover, Spanish teacher, and small business owner. After getting her BA and MA in Spanish from the University of Virginia, she lived and taught in Spain (and sailed around the world on Semester at Sea). She later returned to the US, left academia and founded Shenandoah Valley Language Services, a business that provides language instruction and education consulting services to individuals and organizations in Winchester, Virginia and beyond. 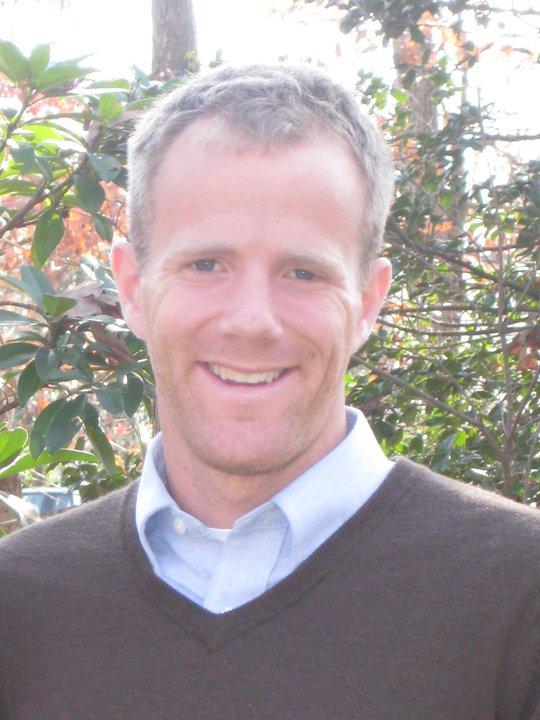