Fusion as in combining ideas or things together to form something new. It's the process which innovation takes place.

X stands for multiple topics that will be ranged in the fields of marketing, technology, business/entrepreneurship, science, art and music to leadership. From technology to culture; from the subatomic level to the global economy, the idea could have already been done in the past, doing it now or will be doing so in the future. The idea could be in the field of technology, humanity or basic needs.

The theme flows with the objective of TEDxIIT: to fuse the platform for ideas worth spreading, inspired by TED, with the speakers from various fields from the IIT university, Illinois Institute of Technology, to create a synthesis that helps in positive change.

In 2015 XFusion is not only the theme for this year, but also is an integral part of what TEDxIIT stands for. The unification of the diversity of ideas and people. The event is made possible through the support from different departments, students from various fields, and our alumni, all of whom come together each year for one spectacular event.

For more than three decades, Bob Roitblat has innovated, nurtured, developed and sold more than a dozen businesses. As the CEO of Mainsail Consulting Group, he uses his experience as a competitive sailor to draw parallels between building and leading a winning yacht racing team and building and leading a winning business. He helps business owners and managers develop business skills that are effective whether the seas are calm or storms are raging. “Yacht racing,” he says, “is the perfect metaphor for business success. Businesses, like race boats, require leadership, teamwork and rapid decision-making to be successful. Miles from land, you have only those resources you brought with you and your knowledge of the environment and your competition to eke out as much advantage as you can in a dynamic environment.” Bob Roitblat is a sought-after consultant and speaker with expertise across a range of industries.

Claudette Soto is currently a Project Executive at d’Escoto, Inc., one of the largest Hispanic owned Construction Management firms in Chicago. In 2001, as an undergraduate, Ms. Soto founded a local non-for-profit organization named VAMOS. VAMOS tries to promote the importance of higher education to middle school children in the community of Gage Park through summer enrichment programs and one on one mentoring. VAMOS has now evolved into a mentoring program from middle school age through college age students who are seeking higher education or are currently engaged in a college/university program. Ms. Soto attributes her strong will for success, outspoken demeanor and thirst for change in her community, to the education she received while attending Mother McAuley High School, a single gender high school in Chicago. There she received the confidence to pursue degrees not traditionally pursued by women and to know her voice mattered.

In addition to his formal training in eye care, Dr. Steven Lee has a background in engineering, as well as a keen interest in optics. Before starting Opternative, he was previously in clinical practice from 2007-2013. During that time, he focused on the areas of difficult contact lens fittings, ocular disease treatment, and dry eye management. In addition to seeing patients in the past, Steven has also taught ophthalmology students the basics of clinical refraction and the systematic approach to contact lens fittings. He has managed numerous surgical cases and is a reviewer for the Council on Optometric Practitioner Education, as well as a previous researcher and clinical investigator for the Global Revitalens Experience and Acceptance Trial. Steven loves thinking outside of the box, and enjoys creating solutions to problems that people never thought were possible to solve.

Since 2006, JD Gershbein has helped advance the collective awareness of LinkedIn and inspired opportunity-oriented professionals in all walks of business to step up and achieve on the site. JD is considered a thought leaders on LinkedIn strategy, and a pioneer in the design and delivery of LinkedIn education. He is also a speaker and a frequent broadcast media expert on LinkedIn for business, and a featured blogger for The Huffington Post and Forbes. Additionally, JD is adjunct professor of marketing communications at the IIT Stuart School of Business.

Dr. Kate Webster fuses her academic knowledge on gender equality issues with her physical experiences as a self-defense instructor to provide a unique combination of mind and body awareness called Quiet Power™. She is a published academic author on issues of gender-based barriers to girls’ schooling in Africa. Additionally, she is a third degree black belt and nationally certified empowerment-based self-defense instructor.

A technology enthusiast, a thinker and most importantly a doer! Mark Milhouse, a student of IIT’s ITM Department, explored a wide variety of technologies during his enlistment in the Marines and since leaving the military he has continued to feed his passion with many projects from data analysis to system engineering, collaborating with students and professors from different colleges. He is a keen researcher, loves photography and gadgets, and insists that Python is the most important skill anyone could ever learn.

Dr. Cooper recently came to full time academics after a successful career in industry. It was during this time he found his love of questions regarding market ethics and high frequency trading. His research has been published in numerous academic and professional journals, and he has won several research awards including the paper of the year award (2001) from the “Journal of Financial Economics” and two honorable mention Dietz Awards (2013) from the “Journal of Performance Measurement”. Dr. Cooper has taught all aspects of Finance but currently spends time teaching many classes in various types of Investment Management and Asset Pricing Theories.

Robert Anderson spent 37 years with UOP LLC where he served as managing director of several European subsidiaries, vice president of quality and productivity, and vice president of marketing. As a professor at IIT he has worked with students and faculty in entrepreneurship, with companies seeking IIT’s assistance with real-world problems, and with startup companies at IIT’s incubator. After retiring as IIT’s Director of Technology Transfer and Intellectual Property, Professor Anderson still teaches a graduate course in energy and environmental policy and another course in intellectual property and entrepreneurship.

Roger has lived an eclectic life. He holds a Master of Science in Mathematics from Northern Illinois University and a Master of Science in Management from the Sloan School at MIT. He taught high school, was a manager for a Fortune 100 company, owned a management consulting company, and, most recently ran the local Chamber of Commerce. Roger has volunteered extensively. He chaired the community 4th of July Fireworks for 17 years, has worked with teens in an anti-alcohol, anti-drug program, and has spent more than 2500 hours answering calls on a suicide hotline. Today, Roger loves challenging audiences to see how their thinking keeps them from finding true happiness and success. He and Judi, his wife of 32 years, have two grown children and live in Batavia, Illinois.

Ryan is a Graduate (M.Arch) from IIT’s College of Architecture. Currently working as an architect in a develop-design-build firm, Ryan has worked in various capacities within the architecture industry including establishing the BIM platform for an engineering firm as well as working for a construction consulting firm. Ryan has presented a BIM Case Study on Model Integration Sessions to the AIA Chicago and has presented on his concept of Kinetic Design to the Academy of Neuroscience for Architecture at the Salk Institute, as well as to the Integrated School of Building’s inaugural symposium.

During his senior year at the Illinois Math and Science Academy, Sunny Shah led a student-run organization that taught 200 sophomores about leadership and psychodynamics through the lens of social entrepreneurship and policy reform. As one of two freshman Duchossois Leadership Scholars, he’s driven to enhance leadership, communication, collaboration, and innovation around the IIT campus. He's also a member of Chicago’s Future Founder’s Circle, the Entrepreneurship Academy Council, and president of IIT’s Collegiate Entrepreneur’s Organization.

Todd Diel is the Project Coordinator for Education and Safety at IIT’s Institute for Food Safety and Health (IFSH), as well as an Adjunct Industry Professor for Illinois Tech’s Department of Food Science and Nutrition. Over the course of his life, Todd has played many different roles, including quality assurance technician, sales manager, researcher, safety compliance officer, entrepreneur, game designer, and missionary. Through all of these, he has gained a sound appreciation for the power of standards, both as levels of quality or excellence and as rules used as a basis for judgment. He has experienced how applying standards to one’s personal behavior can result in deep and meaningful changes in character that lead to self-actualization—becoming the person one wants to become.

Valerie Jencks’ fascination with stories began in her childhood listening to her Filipino grandfather recount tales of his homeland. As an Anthropology student during the 1980s, she studied stories that defined cultures and transcended time, learning that power and immortality come to those who craft the most charismatic narratives. Her training as a Family Therapist led her to found Prairie Family Therapy in 1996, a Chicago private practice where Valerie listens to her clients’ powerful stories, helping to rewrite those which no longer serve them well. As a single mother, Valerie has her own stories of challenge and success through which she redefined her life and turned adversity into opportunity and strength. Valerie is an active member of the storytelling and standup comedy communities in Chicago, and is a frequently quoted expert by Fox Business and Huffington Post. She has written two soon-to-be-released books.

A distance runner, Mom and leader, Yashwini Kamdar attributes her success to her community and is passionate about giving back. Examples include: mentoring at high schools and colleges like IIT, UIC, UIUC and Waubonsee; helping students in the areas of leadership, Project Management, international mergers, resume reviews, mock interviews; and serving as a teacher for the toddler class at her temple, the Jain Society of Chicago. 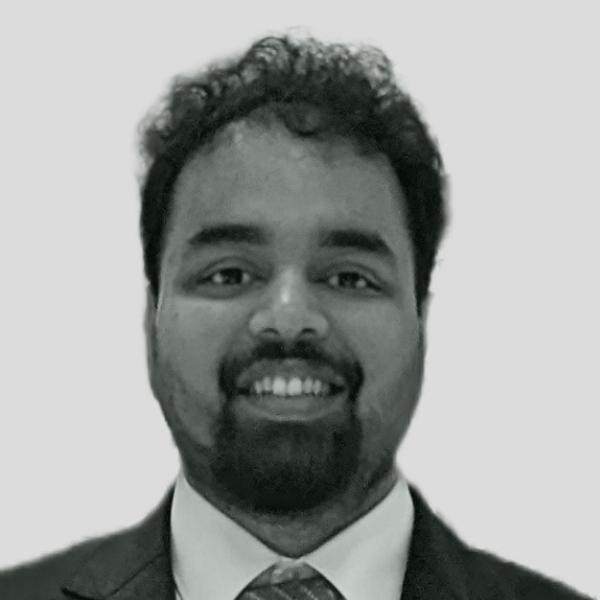