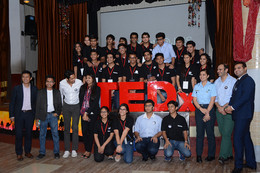 Having reached an era in which even the smallest actions have extremely powerful consequences capable of changing the course of history, the world today needs a generation of innovative thinkers – a generation which can come up with game-changing ideas and concepts on the tip of its fingers and make wise and informed decisions with utter confidence. This ideology guides the TEDxYouth@JPIS, an event where speakers from all over the world will take the stage to enthral and engage the youth, expanding its understanding of the power it holds and the eminence of discoveries and innovation that ties in to that.

The world is constantly brimming with trailblazers who are always in pursuit of change. Brought up in Italy, Akshat Ghiya is one of these pioneers who has given life to the adage- “What goes around comes around” in the form of an e-recycling company- Karma Recycling. With the ever-growing pyramid of obsolete gadgets, their disposal has proven to be a daunting challenge with great environmental risks attached. But this graduate from the prestigious Northwestern University has laid before us the blueprint of a sustainable solution to this imminent problem. Apart from being a business mogul, Akshat is a linguaphile given his proficiency in Hindi, English, Italian, French and Spanish. Akshat is the paradigm of a corporate role model for his company is not only lucrative but also socially responsible since its existence will minimize India’s carbon footprint significantly

Aamir is a Co-Founder and Director of Karma Recycling. Prior to founding Karma, Aamir was an investment banker with UBS and Mitsubishi Securities across New York, London and Tokyo and a professional investor in troubled middle market companies in the USA. Leaving a cushy corporate life and choosing India with his feet, Aamir focused his entrepreneurial energies on alleviating the grim electronic waste predicament facing India. Using software applications to design product take-back systems for retailers and consumers, Karma has active consumer facing operations in 24 cities across India and is a go-to provider of exchange programs and trade-in solutions for organised retailers. A big believer in the concept of Karma, Aamir is an Industrial Engineer from Northwestern University where he was Ford Motor Company Dean Scholar.

From humble beginnings in a household that depended on agriculture for sustenance, Baichung Bhutia has sprouted into a truly global personality. Right from the start, Baichung was a fervent sportsman, trying his hand at countless sports such as badminton and track athletics, along with football of course. His financial shortcomings never hindered his pursuit of glory, with his varsity talent bagging him myriads of scholarships that supported his climb to the international pedestal of sports. At his position as a striker, Baichung has played for the Indian National Team and bagged prestigious awards and titles such as Padmashree Award and Arjuna Award. Baichung will be retiring in 2015 from International Football and aims to expand the football training facilities in the Indian subcontinent through his partnership with Carlos Queiroz and Nike in the form of “Bhaichung Bhutia Football Schools”.

If you ever come across a 17-year old who can give the world’s most able scientists a run for their money, you’ve probably encountered Mitre Athaiya. Wise beyond his years, Mitre is a vibrant student who invariably brings new perspectives to discussions and fills the room with his contagious energy. Having survived a “tornado” most people shudder to even think of, he knows the hardships of life even at a very young age but never lets them abate his optimism. His proficiency with equations that seem alien to most people makes him a favourite of his science and math teachers (and the students too who swarm him during exam times). He brings new meaning to the idiom “More than meets the eye.”

An architect, businessman, musician, photographer and poet, Nayan Raheja is nothing if not eclectic in his interests. The accomplished architect does not allow the pressure and work-load of life to hinder his pursuit of his passions - whether it is composing soothing melodies on a piano or capturing awe-inspiring tigers on a camera. Having ventured into various creative avenues, Nayan knows and understands the importance of discovering the fire that makes you move.

Who better to represent the strong and independent women of the nation than Wing Commander Pooja Thakur, the first Indian woman officer to lead the Guard of Honour for a major visiting dignitary at the presidential palace? An administrative officer with nearly 14 years of experience in the Indian Air Force, Wg Cdr Thakur garnered innumerable plaudits and the respect of the entire nation after she saluted the POTUS with exemplary confidence. She was also actively involved with the development of “Guardians of the Sky,” a mobile gaming app launched by DISHA, the publicity division for officers’ induction of the IAF. Wing Commander Thakur epitomises the notion that women are equal to men in all aspects and inspires young girls throughout the country to stand tall and confident.

From his beginnings as a wonder boy in the streets of Bhubaneshwar, Susant now stands tall as a social tech entrepreneur/inventor who inspires thousands through his innumerable laurels and innovations. His inventions include a breathing sensor that can operate wheelchairs and a Raksha Band (Safety band) that delivers a new take on safety for women!

Most people struggle to find a single persona, Mr.Tarun Chauhan has found himself not one but multiple personas as a Cricketer, marketing professional and a farmer! His career as a cricketer started at the young age of 19. When most people are wandering the halls of college, he was interacting with the who’s who of the cricket world. He went on to serve as the managing partner in one of the world’s biggest advertising agency, J. Walter Thompson. In spite of all of the work that surrounds him, he has managed to find time to pursue his hobbies. A talented farmer, he grows his own food, runs a dairy farm, and rears horses. Only a selected few are able to keep their spirits high at all times and follow their hearts and Tarun is certainly one of them. 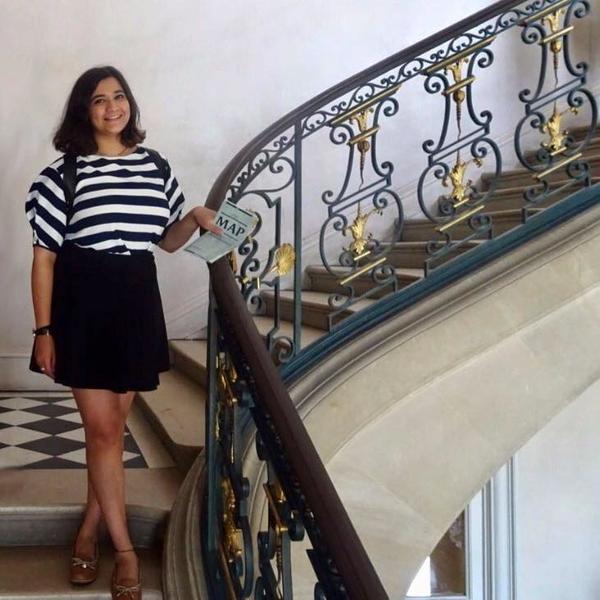