Papageorgio String Quartet merges the classical with the contemporary. They do so by performing alternative music such as Rock and other popular styles. All the arrangements (including their 1st album “ Tribute to Classic Rock’’) are composed exclusively for this ensemble by the founder of this Quartet, Constantin Papageorgio and meant to present the songs with their original structure and harmony providing in the same time the rich colors of a String Quartet.

Annini Tsiouti studied piano in Paris where she was awarded a scholarship. Since 2008 Annini has been living and working in Nicosia, where she is very active as a teacher, solo pianist and accompanist. She appears regularly in concerts everywhere, and has given first performances of many works by international composers.

Brice Catherin is a multi-instrumental cellist, improviser, composer and art performer. Most of his recent projects explore the idea of democracy in art: the artists’ individual responsibilities and their place in the social group as well as those of the members of the audience are challenged and questioned.

Professor Constantinos N. Phellas is a Medical Sociologist with interests in a variety of areas, including Health and Illness, Ageing, End-of-Life Decision Making and Care, Construction of Identities, Sexualities, and HIV/AIDS. His publications focus upon the intersection of gender, culture, and issues of sexuality among ethnic minority communities, HIV/AIDS, and social and psychological aspects of public health domain. He is currently the Vice Rector for Faculty & Research at the University of Nicosia in Cyprus. He is also the Chairperson of the Cyprus National Bioethics Committee (2015-19).

Dean is an intellectual adventurer and explorer. He believes that just when you think you understand something, that’s when you have to look at it differently. He is a successful entrepreneur and co-founder of TomorrowToday, a consultancy that helps leaders to succeed in a changing world. His areas of focus include leadership, strategy and future/disruptive trends. He’s travelled the world, photographed Minke whales for a scientific research team and cycled Madagascar raising money for charity. Dean has worked for FTSE 250 companies and a leading global management consultancy.

Diomedes Koufteros (MFA – Acting, Brandeis University) is an actor, lecturer, theatre-maker and cultural operator. His acting credits include the MC in Cabaret, Evelyn in Evelyn Evelyn and Anestis in Fish n’ Chips (Best New Actor Award, Athens International Film Festival). He has lectured and coached acting, movement and mask improvisation at various academic institutions and theatre productions, and will be joining Bowdoin College (Maine, USA) as Visiting Assistant Professor of Theatre for Spring 2016. For Center of Performing Arts Mitos Diomedes co-coordinated Songs of My Neighbours, a two-year EU-funded theatre project between Cyprus, Italy and Poland, aiming at increasing dialogue and social justice between communities in conflict.

After studying in England and California, he obtained his doctorate in history from EHESS in Paris. Etienne has spent many years working in the Middle East and Central Europe. He specializes in propaganda, public diplomacy, international communication, the middle East, and science fiction and has published several books about his research. Etienne F. Augé collaborates regularly with slate.fr and trains diplomats at Clingendael, the Netherlands Institute of International Relations. He is founder/director of CHIFT (Community for Histories of the Future), an initiative to study and stimulate the production of science fiction.

Francesca is the creative director of CuteCircuit.

Founder and President of CSEO with a vision to stimulate the island’s high-tech innovation, with so far impressive and captivating results that are of public benefit. Founder of Virgin Biznet (London) and former Director of Virgin Enterprises (UK), of Sir Richard Branson; the mother company of Virgin Galactic (pioneering space-tourism company). Member of leading international space organisations with a long active career in space exploration and high-tech. Connected with the leaders of the world’s major space agencies and the international space industry. Listed as eminent alumnus of Imperial College, London.

Ioannis Votsis holds degrees from UC Berkeley (BA) and LSE (PhD). He has previously taught and/or conducted research at the universities of Athens, Bristol, Duesseldorf (where he served as Assistant Director of the Düsseldorf Center for Logic and Philosophy of Science) and Pittsburgh. His main research area is the philosophy of science. His articles have appeared in several international academic journals and he has co-edited a number of special issues and volumes, including the recently published European Philosophy of Science Association 2013 Conference Proceedings.

Nelly Corbel dreams of a citizen driven world where solidarity rhymes with growth.

Nicolas Duval was born in Famagusta, Cyprus in 1973. He studied painting and sculpture at the Beaux-Arts in Paris and then architecture at the ENSA of Toulouse, France. After graduating he moved back to Cyprus where he gained experience in different practices before co establishing Duval Fournier Architects in 2007. A practice dealing mainly with residential architecture, retail and interior design which values dialogue, curiosity and aesthetics. Nicolas Duval further enhanced his expertise by pursuing a specialisation in energy efficiency obtaining accreditation as an Energy Auditor. In 2014, he co-founded Terra Consultants, a firm specialising in energy efficiency, sustainability and ways of adding value to the community.

Nikos Evangelou is the Larnaca Municiplaity Children choir maestro. Enjoy him with the choir here at TEDxUniversityofNicosia.

Oya Akin graduated from the Psychology Department of Boğaziçi University, Istanbul. She started working as an actress for the Kyrenia Municipality Theatre Studio in 2000, and since then she has worked as an actress, co-director and director with numerous local and international theatre groups in Cyprus and abroad.

Rachel will introduce the work of London based Loop.pH and discuss their approach to design and the living city. Designers are some of the important spokespersons and agents for change in creating more sustainable futures as they are the people who help shape the ways in which we experience the world around us. As creative disciplines merge and mutate, the opportunities for designers to work as urban interventionists and in an architectural context grow. Loop.pH as a design-led spatial laboratory are positioned at the transformational process where Design Fiction & Speculation leads to Experimentation & Action.

Rahim Tafazolli has been the Professor of Mobile and Satellite Communications at the University of Surrey since April 2000, Director of Institute of Communication Systems (ICS, formerly known as CCSR) since January 2010 and the Director of the 5G Innovation Centre since 2012.

Robin Hammond is the recipient of the W.Eugene Smith Fund for Humanistic Photography, a World Press Photo prize, the Pictures of the Year International World Understanding Award and four Amnesty International awards for Human Rights journalism. He is also a foreign policy 2015 global thinker for championing forbidden lives of LGBT around the world. Robin Hammond has dedicated his career to documenting human rights and development issues around the world through long-term photographic projects.

Ryan is the CEO of CuteCircuit.

Stelios is the CEO of the award-winning advertising agency Telia & Pavla/BBDO and founder of the Hybrid Advertising Alliance. He is also the Chairman of the Cyprus Communication Agencies Association (SDEK).

Stuart Armstrong - Philosophy of Science, University of Oxford Stuart Armstrong’s current research focuses on the design of safe Artificial Intelligence, formal decision theory (including “anthropic” probabilities), the long-term potential for intelligent life, and the limitations of predictions. In particular, he wants to establish what large risks are the most dangerous and most worth working on, and how accurate predictions made in those areas are likely to be. He has a background in pure mathematics (parabolic geometries) and computational biochemistry (virtual screening).

Captain Tom Clonan has direct experience of armed conflict in Ireland, the Middle East and former Yugoslavia (Bosnia). Tom is a highly entertaining and insightful speaker with a unique mix of tragic and comic perspectives into war, conflict and the human condition. He is one of Ireland’s foremost Whistleblowers. His PhD revealed unacceptable levels of sexual violence within Ireland’s armed forces. His first book, Blood, Sweat and Tears, was published in 2012 by Liberties Press. His second book, Whistleblower, Soldier, Spy was published in 2013.

Professor Pitsiladis has an established history of research into the importance of lifestyle and genetics for human health and performance. Following 15 years at the University of Glasgow (Institute of Cardiovascular and Medical Sciences) where he created the largest known DNA biobank from world-class athletes, he was appointed Professor of Sport and Exercise Science at the University of Brighton (School of Sport and Service Management). Here he is in the process of establishing state-of-the-art laboratories in human systems biology with special applications to sport and exercise science, sports medicine and sports nutrition. His current research priority is the application of “OMICS” (i.e. genomics, transcriptomics, metabolomics and proteomics) to the detection of drugs in sport with particular reference to recombinant human erythropoietin (rHuEpo) and growth hormone (rHuGH). 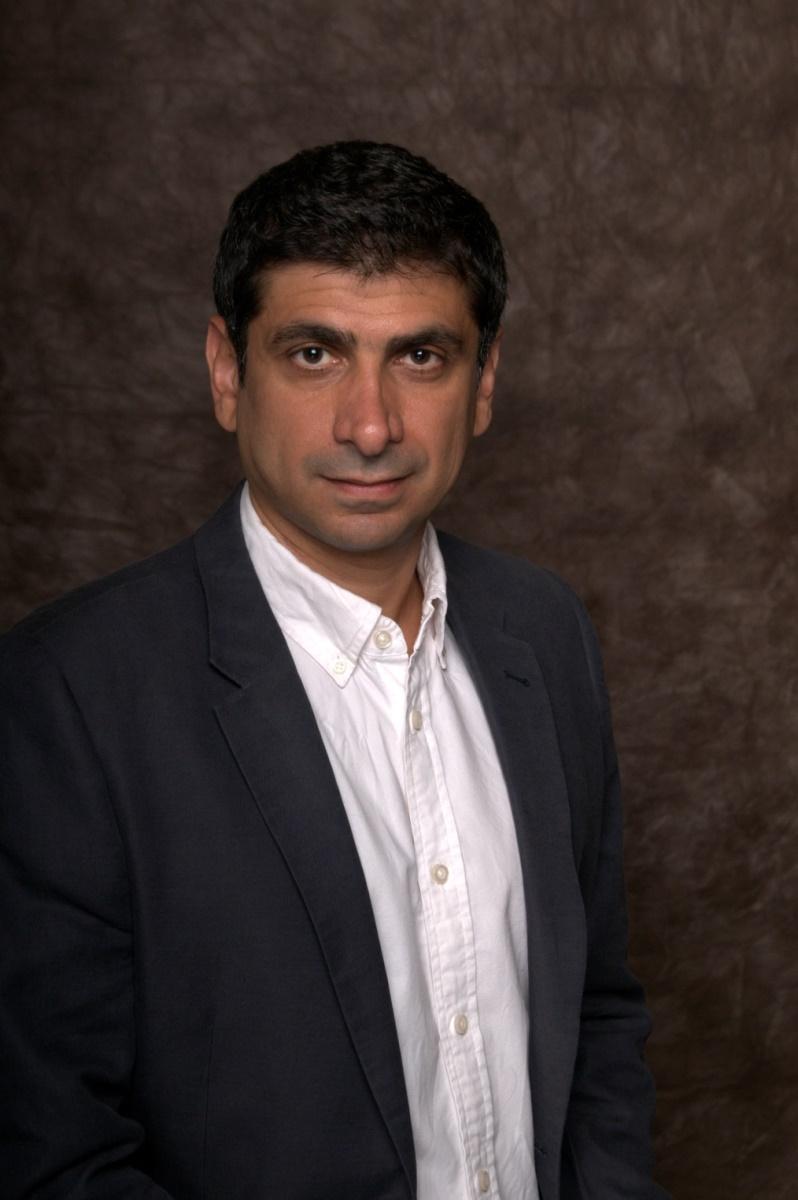