All things that prevail over time are beauty. The human being acts according to goodness even tough they don't notice it. If we want that our generation transcend in history we have to consider these values.

Adrián is a lawyer with wide experience in other areas. He is now CEO of "Primero Seguros", a Mexican insurance company. Adrián is also a Law Professor at U-ERRE and FLDM. He has an Innovation and Entrepreneurship Certificate from Stanford University. He currently lives in Monterrey.

Agustín Landa Ruiloba is a prestigious mexican architect. Partner of the Architecture Firm Landa Suberville and leads "Landa Arquitectos". He is currently leading projects such as "Pabellón M" and "Trébol" in Monterrey, México. As a house designer, he has a fascination for double-height spaces, terraces ("Terrazas Tequileras"), and green architecture. He currently lives in Monterrey. Agustín is son of the prestigious architect and TEDx speaker Agustín Landa Vértiz.

Alberto Fernández is an entrepreneur. Founder of Sherpa, Epix, Santa Cruz, Beliveo and Hispanic Teleservices Corporation. As social entrepreneur he is overall servant (as he likes being called) of "Hagámoslo Bien" an association that promotes the Legal Culture and the good practices in Nuevo León, Mexico. He is a member of different Board of Directors. Alberto also presided "Coparmex Nuevo León" (2013-2015) . He holds a MBA from Georgetown University and B.A. Economics from Notre Dame University. He currently lives in Monterrey, Mexico.

Edgar Barroso is a mexican musician and composer. He is PhD in Music Composition at Harvard University and was named Harvard Horizon Scholar. As an entrepreneur, he is co-founder of "Covolución" and Open Source Creation. As social entrepreneur he founded "60 minutos por México" a virtual space that promotes social collaboration between citizens. Member of SNCA that promotes Art and the development of artists in Mexico. He is Professor of the Government and Public School and Director of Entrepreneurship Lab at ITESM. He lives with his loving wife at Zürich.

Eduardo Valenti is Director of Human Resources at Home Depot Mexico. He is in charge of more than 200 associates of Human Resources Department and almost 14000 associates of the entire Division. He holds a Master in Global Business from EGADE and Thunderbird School of Global Management. He holds a Bachelor Degree in Business Administration from Universidad Anáhuac del Sur and now he is studying Psychology Degree. He is being member of Education and Training Committees. He likes swimming and meditation. Eduardo was born in Tuxtla Gutiérrez, Chiapas (Mexico) and currently lives in Monterrey with his wife and his three daughters.

Juan Valles is Talent Director at ITESM. In charge of attraction and development processes for a headcount of 31 thousand people and 15 thousand professors. With a wide experience in different business and cultures for more than 20 years. He currently lives in Monterrey.

Pablo Zubieta is a marketing coach. He leads the NGO "A Favor de lo Mejor A.B.P." promoting the improvement of TV contents in Mexico. Pablo was named One of the 15 Marketing Stars by Magazine "Expansión." Ph.D. Communication at Universidad de Navarra. He lives with his loving wife and his four children between Pamplona, Spain and Monterrey, Mexico. You can follow him on @pzubieta

Patricia is a mexican philosopher. She has a vast experience in giving lectures and teaches Philosophy at different universities such as CPH and organizations. She has her own radio program "Somos Familia" at Radio Centro 1030. She is PhD in Philosophy at Universidad Anáhuac México Sur. She currently lives in Mexico City.

Patxi is an Architect and Urbanist. He is a postgraduate teacher of Architecture in the Universidad Autónoma de Nuevo León. He is also a consultant as a City Planner of different cities such as: Monterrey, Linares and Garza García, Mexico. He is from Bilbao, Spain and now he lives in Monterrey, Mexico.

Pedro Cobo is Ph.D. in Contemporary History at Universidad de Málaga. He is an expert in Middle East Conflict and analyst of CNN en Español. He teaches International Studies at ITAM (Mexico City). He is a member of SNI, a government agency that promotes the quality of investigation at Mexico of research fellows in Mexico. He also studied nursing as undergraduate. Pedro is from Baeza, Spain and currently lives in Mexico City.

Roberto Martínez is the SR. VP of Sales for Pepsico Mexico Foods since 2013. A position for more than 800.000 customers to serve each year. He was born in Argentina and currently lives in Mexico. Since his arriving to Mexico he has driven the Marketing, Innovation and Portfolio Transformation Agenda. Roberto joined Pepsico in 1996 work in other companies (Kraft and Gillette) in Marketing and Sales Roles. He earned a bachelor in Marketing from the UCES university in Buenos Aires. He is married to Marina and has three sons and one daughter.

Vidal Cantu is a Mexican serial entrepreneur with more than 20 years of experience developing successful projects as a Movie Producer, Movie Director and technology pioneer. Vidal is the Producer of the movie "Cantinflas", a biopic about the iconic Mexican comedian Mario Moreno, the most successful Mexican film worldwide in 2014. He is the co-producer of the movie “The Perfect Game”, a film based on the true story of the boys from Monterrey, Mexico, who became the first non-U.S. team to win the Little League World Series in 1957. Vidal is the Director and Producer of "A Step from Heaven” a documentary of the extraordinary and inspiring lives of Juan Angel Ruiz and the singer Gloria Estefan. Vidal co-founded the social initiative “Causas Mexico” promoting social participation and connecting Mexican NGO’s with volunteers. Recognized in 2013 as Entrepreneur of Year by Expansion magazine and CNN Expansion website. Vidal currently lives in Miami with his loving wife and his 4 children. 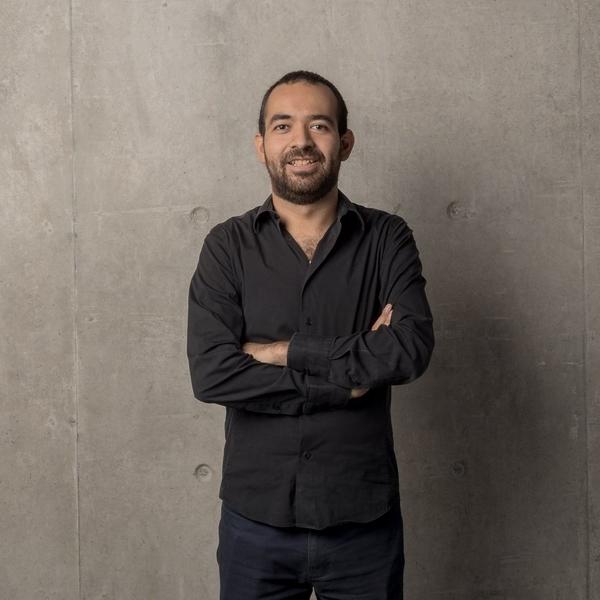