„KNOW“ is the theme of TEDxMRU 2015. This theme challenges us to reflect KNOW of today’s and leave room for everyone to find their own answers: KNOW how to stay present and be ready for the future NOW.

TEDxMRU is aiming to spark the curiosity and provoke discussions related to Knowledge, Novelty, Opportunity and the World. We encourage search for new ideas and perspectives that raise awareness about issues that make an impact on society, education and technologies NOW. By inviting constant learners, developers, connectors, givers and receivers, we want to share meaningful ways of taking actions towards the future NOW in the following sessions:

For the very first TEDxMRU event, we want to emphasize that the future belongs to those who prepare for it NOW/today. The main challenge is to know – how to be present.

Evelina Savickaitė Intrigued by human behaviour, emotions and thinking, after having returned from the round-the-world journey, feels that she wants to give at least something back to the society and use her education of Psychology and Art psychotherapy working in Oxfordshire Mind with people who have mental health issues and volunteering as an art therapist with homeless people at Oxford Homeless Medical Fund. Karolis Kazlauskis Passionate about ecology and nature, after having returned from the journey Karolis is eager to spend his energy to help the nature. Hence, he uses his education in computer engineering and electronic engineering employed as a research associate in Centre for Ecology and Hydrology where he creates modern ways to collect data. Evelina and Karolis have published the book in Lithuanian "Iter Vitae or journey of life around the world" (Alma Littera) after having spent 1.5 years hitch-hiking across the globe (6 continents, 72000 km, 720 different vehicles).

GeraiGerai – is Lithuanian music producer, sound engineer and artist Vilius Tamošaitis, gathering around talented singers and musicians. 2013 remarks very astonishing mile in GeraiGerai musical career. First, he released a mini - album FG12 which was welcomed as the Lithuanian record. In the same year, Vilius was nominated for the Lithuanian Music Awards, M.A.M.A in the category of Electronics of the year. Later, Vilius released singles and remixes album Super Ladygirl. In 2014, he also released an album sounds Baltics | Organic geometry in collaboration with designer Julia Janus.

NICO (New Ideas Chamber Orchestra) is a unique string ensemble who has successfully shaped a different view of classical music more than 9 years. Each time they are stepping on a stage they play compositions by heart. By integrating minimalistic body movements into their live performances they are introducing us to a new concept of performance. They call it Visualized music. Founded in 2006, by composer and conductor Gediminas Gelgotas, the band was acclaimed positively both by the public audience and critics. The artists of NICO are young, professional and adventurous musicians, winners of many international competitions: Augusta Jusionytė (violin), Dalia Simaška (violin, viola), Julija Ivanova (violin), Justas Kulikauskas (cello), David Dumčius (cello), Auris Galvelis (double bass). Artistic director Gediminas Gelgotas. NICO in music is like Apple in world of computers - they appeal to emotions, Their approach to audience is intuitive and suggestive at the same time.

Aurimas Paulius Girčys was named ‘Google Media Rockstar’. He has been passionate about digital since he wrote his first line of code while studying economics in South Korea. By now he turned to be a certified online marketer helping multiple agency clients grow their businesses. Aurimas wrote and published several research papers on topic ‘how online activities could improve business for offline activities like bars and clubs’. Recently he developed scientific models on social media/banner campaign evaluation and search engine marketing that are published in scientific journals and his upcoming dissertation. Among many other projects Aurimas has also been working on a conversion-rate oriented attribution models that are helping to grow current businesses and portfolio of his clients from fields of finance, automotive, clothing and telecommunication.

From Bachelor degree in Semiconductor Physics to Business Administration. Edmundas combines these two fields and uses a well-formed balance between analytical understanding and entrepreneurship thus enabling himself to be good at complex problem-solving. He is a skilled management specialist with 17+ years’ experience in Automation, Construction, Production, Energy and Management consulting industries, including 10+ years at a senior managerial level. Currently, Edmundas is acting as a Managing Director of Biomass Production Company. In parallel to this, for almost decade, he is consulting various companies on Strategy, Management processes, Exports, Production and Business Restructuring (Turnaround). Such broad experience developed his deep understanding of how business works, and how different companies use their strategies to convert their benefit to society into economic gain.

Edward J. Kelly is a Fulbright Scholar here in Lithuania and at the moment lecturing on negotiation, mediation and arbitration. Edward received his first Fulbright scholar back in 2003 in Ukraine. And Ukraine was not the final destination. During that period, he gave classes in Azerbaijan, Belarus, Kazakhstan, Kyrgyzstan and Tajikistan. While being here in Lithuania Edward remains the Counsel of East Tennessee State University and the adjunct professor at Quillen College of Medicine. Prior to coming to East Tennessee State University he was an Assistant Attorney General for the State of New York. Edward worked his way through college and law school as a police officer in Buffalo New York. Through his career path, he faced up with many challenges and managed to work his way through. Starting from failing to become a priest, enroll in the university. Edward never gives up, and that proves two Fulbright Scholarships and his amazing professor career.

Pia Henrietta is from Espoo, Finland, who also lived in India, Austria and even NASA Research Park in Silicon Valley! She is a speaker in many subjects, World Economic Forum Global Shaper and marine scout. Pia Henrietta founded and run mehackit.org, where curious children and youth are introduced to creative technologies in workshops and online. In 2012, she initiated Rails Girls, a community driven initiative, teaching women first steps of software crafting. RG has been held in 130+ cities on all continents. The founders Karri & Linda and Henrietta received the Ruby Hero award, the highest honour in this field of technology. In same year Henrietta & some crazy people launched the first Pioneers Festival (future technologies conference), which was held in Vienna and became an epic event.

Ieva Jasaitė is one of the most promising young dancers from Lithuania. Her first steps on the dance floor were made when she was only 6 years old. All it began with Ballroom dances in the kindergarten and year after year her passion for dancing grew bigger and bigger. By now Ieva holds 10 awards in Latin and Standard dances. She is proud to be a champion of Lithuania in Juvenile and Junior dancers’ groups and prize winner in many national and international competitions. Despite being successful in dances named above she felt it was time to move towards something new. According to her, versatility is the best value for dancers. Therefore, until this day Ieva have tried ballet, lindy hop, dancehall, commercial jazz, contemporary and authentic jazz. And following all this experience she became a vice champion in the category of Adult Solo at “Show Dance and Contemporary Dance 2015“.

Lived and worked in 4 countries on 3 different continents before the age of 25. Nikolay spent large part of his university and post-university years as a volunteer. He was born and raised in the small town of Sliven (Bulgaria), completed his bachelor studies in International Economics, but dropped out of his master and moved to China to continue his journey in AIESEC - the largest youth led organization in the world, and supported the development of 5000 young volunteers in China. He thrives in multi-cultural environments and considers that in today's world everybody should embrace diversity. He believes that every young purpose-driven person can create positive impact in society. Nikolay holds several regional gold medals in karate from tournaments in Bulgaria and Canada. He has more than 5 years experience in cross-cultural leadership and talent management and is currently part of the Transformation office in ING Belgium, working on strategic change projects.

dr.Paulo Pereira is a member of global research networks and cooperates with scientists from all over the world. dr. Paulo loves research and teaching. He feels that there is no better job in life than create and share knowledge and ideas with others. Since childhood he developed an extreme curiosity for natural sciences and passed great part of the time creating maps and drawings of rural landscapes. At the school he was never a top level student, however, developed a great persistence and work capacity above the average - those characteristics became priceless in the future. In 2011, already living in Lithuania, dr.Paulo became associated professor of Mykolas Romeris University. Three years later he got the position of Full Professor and presently he is also the head of the Environmental Management Centre. In 2015 he was awarded with the prize of Outstanding Young Scientist from the Soil System Science Division from the European Geoscience Union.

Rob Davidson is a director of MICE Knowledge and the leading specialist in the Meetings, Incentives, Conferences and Events field in Europe. His main areas of expertise are conferences and business travel, and over the last fifteen years he has written widely on these themes. In addition to writing books, he regularly writes articles for the professional business travel and tourism press, including Conference News. Rob is regularly invited to speak at international conferences on themes linked to business tourism. Since 2002, Rob has been employed on a consultancy basis as Industry Analyst by Reed Travel Exhibitions, for whom he carries out ongoing research. At IBTM World in Barcelona each year, he launches his annual report, Trends Watch, on trends in the meetings and business travel industry worldwide.

Zane is a multi-passionate student of life, project manager of Not Perfect Education and Socifaction Social business accelerator. She sees social entrepreneurship as a powerful tool for creating positive change in the world and works to share it with others. Only a year ago she was studying Psychology at the University of Glasgow when she decided to challenge herself to learn through real-life experiences and dropped out. Following her passion for social business was worth it and it has already brought her multiple opportunities - working with the leading experts in the field of Social Entrepreneurship, meeting the father of Social Business, Prof. Muhammad Yunus (Nobel prize winner), and that is only the start of her professional life. Zane continues to study Psychology, as she believes that understanding oneself and others is the core of all success and happiness in life. 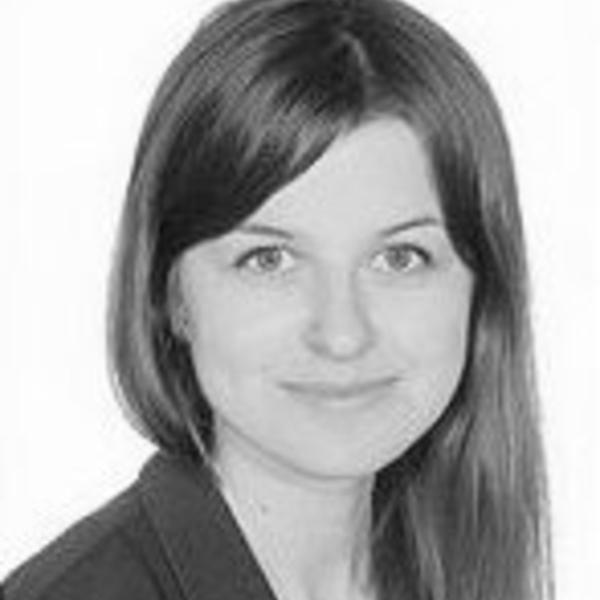