Theme: The Hidden Dimension : The pluridesciplinary nature of perception

This event occurred on
May 7, 2016
Sétif, Sétif
Algeria 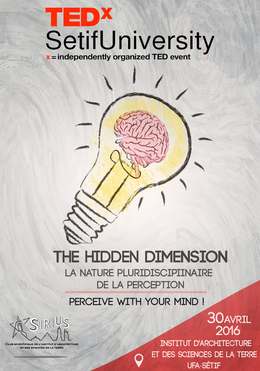 The human brain , this incredible machine , is capable of many exploits : dreaming , imagining , adapting , learning new languages , acquiring new skills, creating pieces of art but also perceiving . Perception , whether sensible or intelligible , of individual or social order , would be immensely influenced by several socio-cultural and ideological factors . Trapped (Buried ) in the meanders of thought , hard enough to explain , it is deeply anchored in history , patiently thrives on the present and projects itself discretely into the future . Hence , it deserves all attention . Ignoring it would lead , more often than not , to some dangerous phenomenon : prejudice ,intolerance and extremism which would constrain development and alter the deliverability of our society whose produced image doesn’t reflect its richness and the complexity of its composition and history . It’s here that that our TEDx event would interfere , its main role (associated to that of the university) is the promotion of citizenship . It will offer a new expression platform to Algerian intellectuals, scientists, and artistes who would lead this light quest and whose ideas, due to their richness, deserve to be shared and would contribute, in a contemporary and local analogy of Plato’s allegory of the cave, in enlightening the audience and the community and the darkness of their own caves. We will question through this event the pluridisciplinary nature of the perceptual phenomenon in order to detect the elements that define it and the most elusive factors that obstruct it, and thus allowing us to enlarge our own perspectives. 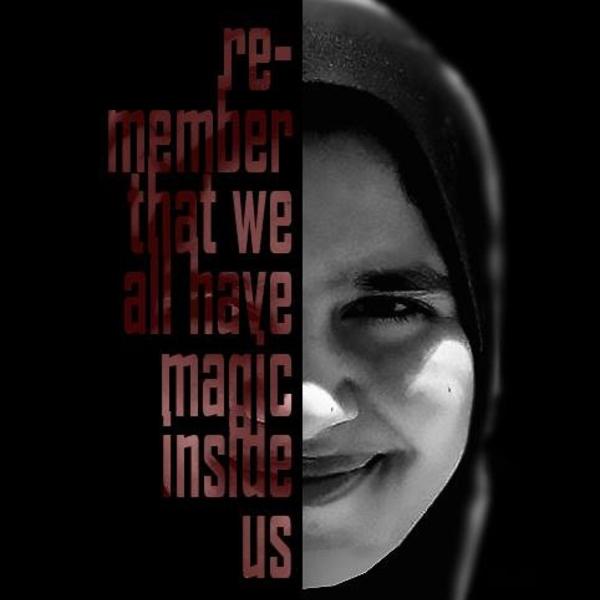