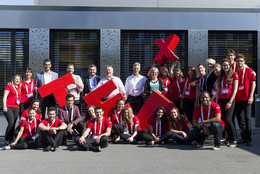 The Theme of TEDxEcoleHôtelièreLausanne 2015 is Feed your Brain and promises to explore –communication- as a combination of qualities that could ease us into the future..

As the world’s first hotel school, the Ecole Hôtelière de Lausanne is also the first hotel school to organize its very own TEDx events. Following the success of TEDxEcoleHôtelièreLausanne in January 2012 and March 2013, a new event, is now in the planning for Thursday the 23rd of April 2015.

TEDx is a world famous program, designed to give communities, organizations and individuals the opportunity to stimulate dialogue in the spirit of TED’s mission, “ideas worth spreading“.

Live talks from inspiring speakers across a diversity of disciplines feature ideas worth spreading, curated to encourage thinking outside of the traditional hospitality box and to spark stimulating conversation.

In 2009, at 23 years old, Michael Dupertuis co-founded Geroco SA for which he was the CEO and currently leads the commercial activity. Geroco’s goal is to provide households and SMEs with interactive solutions to better manage their daily energy consumption. In 2011, he was selected as one of 20 Swiss Venture leaders to follow an executive program at Babson College in Boston, USA. In 2014, Mr Dupertuis quit his position as CEO and was elected as Chairman of the company. He took up political responsibilities as General Secretary for a regional party called the Green Liberals (Vert’libéraux). Both his engagements in politics and entrepreneurship aim to help Switzerland link their peaceful way with environmental, social and economics forces. Result-driven, ambitious, with an optimistic mindset, Mr Dupertuis is currently accelerating the expansion of his company after having completely changed its business model according to the principle of the “service economy” philosophy.

He is an environmental science and social impact analysis specialist. He was sent in 2008 by Wetlands International to Indonesia to assess the total economic value of a mangrove ecosystem and he took part in an emission-modeling project at the Energy Research Centre of the Netherlands. Since he started working for Impact Finance, Benjamin has visited over 50 impact enterprises. Benjamin holds a Master in Environmental Sciences from Wageningen University in the Netherlands.

Dr. Carlos Drews is the current Director of the WWF’s Global Species Program. He is Columbian and German, but currently resides in Nyon, Switzerland. Dr. Drews has a Ph.D. in Zoology from Cambridge University and has carried out research into wildlife and behavioral ecology in Africa and Latin America. Before joining WWF in 2003, he was on the academic staff at the International Institute for Wildlife Conservation and Management, based at the National University of Costa Rica. He started up WWF´s marine work in Latin America and stayed on the project until 2009. This work included the conservation of marine turtles, whales and dolphins, fisheries, and marine habitats. Dr Drew’s publications address animal behavior, attitudes and practices toward nature in Central America, the economics of marine turtle consumption and conservation, and how we can adapt to climate change.

Originally a Cobol developer/programmer, Mrs Spielewoy decided to change paths early in life, to work no longer with machines, but humans. Following this decision, she spent 20 years exploring various professions, searching for the right place where she could make a dierence and feel passionate about her work It was nally thanks to training in Career Management that she found her place. Since 2002, she has evolved in this eld and has added the coaching to support others in their daily decision.

Joe Hood trained as a pianist at Trinity College of Music (London), specialising in performance, musical direction, arrangement and music technology. Based in London, he works with a variety of theatre companies, performing arts schools, and composers, as a musical director, arranger, pianist/keyboard player and audition accompanist.

Philippe Guglielmetti is a French serial entrepreneur, currently CEO of Zeepro, a company that he co-founded. Philippe builds his own vision of the future by using new technologies to change people’s lives. He has been a serial entrepreneur for more than two decades. Successes to date include building Integra, the leading European managed web hosting company, currently present in 13 countries with 1,200 employees. Philippe IPO’d the business on the French and German exchanges and market capitalization exceeded $2 billion. Integra was then sold to Verizon in 2001. He also cofounded iBase, a European Direct Marketing pioneer, which he sold to the Publicis Group in 2006. Philippe founded Zeepro in 2013. The company, which specializes in 3D printing, is based in San Francisco. Zeepro is VC backed and has raised $6mil to date.

Rodney had his executive training from IMD Lausanne and London Business School, his MBA from IBMEC in Rio de Janeiro, a Telecommunications Engineering certificate from University of California Irvine, and finally, a Bachelors in Computer Science from Sao Carlos Federal University. Rodney has worked for large corporations like Accenture, Nortel, and Ascom, as well as smaller start-ups. He has helped create and develop companies in Switzerland, India, the UAE, and Brazil, working on and closing deals in over 25 countries for the past 16 years, mainly in the high-tech sector. In 2013 Rodney joined CombaGroup as CEO when the company was first incorporated. At the time CombaGroup needed to raise its first round of investment, develop its business, and grow. In these past 18 months they have raised over 4 Million Swiss Francs, signed 2 large projects, and built a team of 8 passionate people. CombaGroup has been one of Switzerland’s top start-ups since its creation.

Zaher Baraky, originally from Lebanon, moved to London when he was 25 years old, joining a Lebanese restaurant chain as Manager. After 2 years, he moved out of London and managed a boutique hotel in Bath, but after another year, he moved to Bristol to open his own restaurant with a partner. He was in this position for 4 years and during this time worked on 2 start ups. In 2009, he moved back to London and joined Gordon Ramsay’s restaurants. He worked with Mr Ramsay in 5 restaurants, including his 3 Michelin star flagship restaurant. He ended up managing the Savoy Grill restaurant at the Savoy Hotel in London. In 2011, Mr Baraky moved to Dubai and worked an Operation’s Manager for 2 years within Jumeirah group. While his professional career has been exciting and relatively successful, he felt the need for further training, and chose the EMBA degree program at EHL. He will graduate in September 2015. 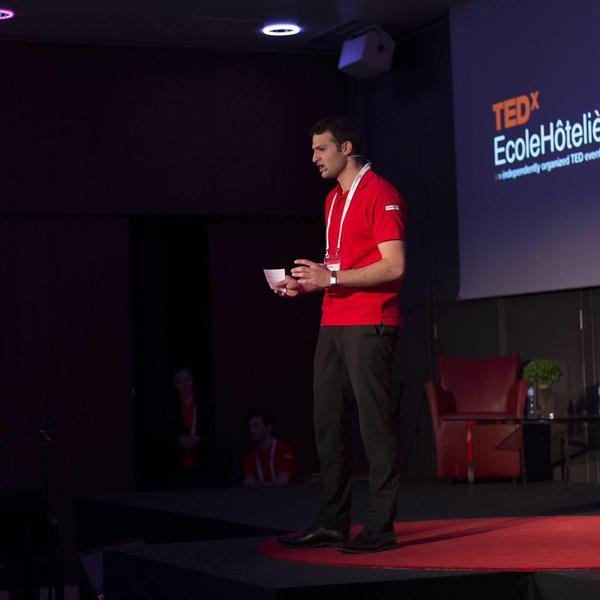 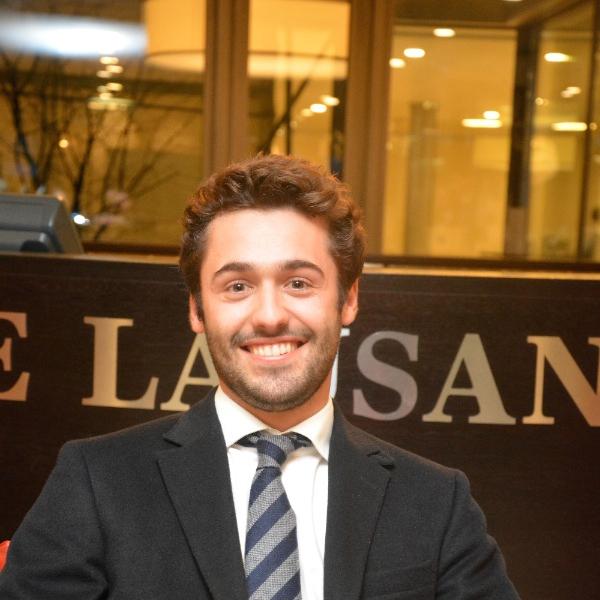