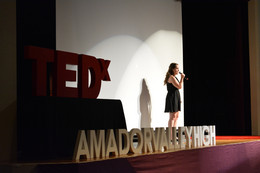 When talking with student groups about possible topics, there were two main views expressed. Some students wanted to focus discussions on the challenges of providing equitable opportunities for all students in education and beyond. Others showed interest in posing questions about the pressures students face at school. These discussions inspired us to develop the topic of Embracing Obstacles, an approach that allows us to address both concerns. Ideally, we sought presenters from the area who could present on these ideas.

Creatures of Impulse is an improv troupe made up of youth ages 14 - 18. They perform all kinds of improv, but mainly focus on long-form, story-based improv (plays without a script).

Connie Post is the Poet Laureate Emerita of Livermore. (2005 to 2009) Her poetry has been published in dozens of national literary magazines. She is the author of seven books of poetry. She created two reading series in Livermore when she was the Poet Laureate. Her most recent book “Floodwater” won the Lyrebird Award from Glass Lyre Press. She runs a popular poetry reading series In the San Francisco Bay Area.

Hannah Coe, a mechanical engineering graduate and post-college appointee at Lawrence National Laboratory, discovered her passion for scientific research through a series of unexpected opportunities and spontaneous decisions. The second of nine homeschooled children from Homer, Alaska, Hannah chose engineering as a way to implement creative tendencies in a field that applies her mathematical abilities. Seeking a wider range of options for engaging careers, Hannah left Alaska in 2012 to continue her education at Oregon Institute of Technology in Klamath Falls, Oregon, where she received her bachelor of science degree in mechanical engineering in 2014. Following a six-month student internship, Hannah now works in materials engineering research at Lawrence Livermore National Laboratory as she prepares to pursue a Phd in material science and engineering.

Hannah is a senior at Amador Valley High School, and studies with San Francisco Symphony cellist Jill Brindel. Among many musical ensembles she is a part of, she has been a member of the San Francisco Symphony Youth Orchestra for three years, where she is now Associate Principal cellist. Hannah enjoys volunteering as a coach for young musicians in her community, and plans to study music at the collegiate level.

Recreation Coordinator with the City of Pleasanton

Mark Duncanson is an award-winning youth worker (Dr. Martin Luther King Jr. Legacy Award), teaching artist, and performer. He is the creator and director of the award-winning improv group Creatures of Impulse (Creating Community Award of Excellence in Youth Development), the only teen improv troupe to represent The State of California at the Teen Comedy Festival in Chicago, Illinois from 2010 to 2013. Mark is currently the Recreation Coordinator with the City of Pleasanton’s Firehouse Arts Center and Civic Arts Division where he manages their youth and teen performing arts programs. Mark can also be seen on stage in San Francisco in Un-Scripted Theater Company’s free-form improv show “DASH”.

Michael Azuma is a student performer from Amador Valley High School. As a musician, Michael is known as DJ Amizu.

Nicole Tsuno is a senior at Amador Valley High School. A self-proclaimed polymath, Nicole has been involved in a myriad of activities. She has played competitive soccer for nine years, and has played trumpet in both marching band as a section leader, and concert band as a Wind Ensemble musician. Recently, Nicole began running distance track during her sophomore and junior years. She was one of Pleasanton’s two teen poet laureates for the 2014-2015 academic school year. Additionally, she has interned at San Francisco City College, where she assisted students preparing for their naturalization tests. She is currently involved in Amador’s We the People program and hopes to major in political science and minor in journalism, and to attend law school after her undergraduate studies. Through her leadership positions in both soccer and band, Nicole has worked to promote social cohesion as well as individual acceptance. Nicole follows the instruction of her favorite childhood quote and aspires

Rachel Probst, singer, and Peter Kim, guitarist, are seniors at Foothill High School in Pleasanton, California. Since a young age, Rachel has always been performing. Through performing, she hopes to spread positivity and compassion.

Born and raised in New York City, Rabbi Raleigh Resnick is the director and spiritual leader of the Chabad Jewish Center of the Tri Valley. A dymanic teacher and charismatic communicator, Rabbi Resnick also serves as a mentor, life coach, and motivational speaker. His essays and articles have been published in academic journals and newspapers throughout the Bay Area. His rabbinical positions have brought him to communities in Sydney, Bangkok, and Tokyo. Rabbi Resnick currently also acts as the Jewish chaplain at local hospitals and correctional facilities.

Spinn has always marched to the beat of his own drum. He had many personnas as a kid, eventually settling into the dapper elegant young man he is today. In his early teens he took an interest in Magic and has been honing his skills ever since. In high school he founded the schools’ first magic club and has had many enthusiastic club members. He delights young and old alike doing parties and performances as a part time job. He has traveled to England, and aside from the serendipitous event of seeing the queen, he had the opportunity to take a rare tour of the Magic Circle there, purely by dumb luck of being in the right place at the right time. He hopes to visit the magic castle in Los Angeles in the near future. Magic however, is only one of his many talents. He has been interested in all aspects of film making and as a senior project he wrote, directed and starred in a short film. He will be attending Columbia College Hollywood, a private film school, this fall.

Tom Hall is a veteran physics teacher at Amador Valley High School. He brings a dynamic approach to teaching difficult concepts as demonstrated in this performance.

Advocate for women, veterans and the LGBT community

Zoe Dunning is a dynamic speaker with a unique story. Zoe graduated from the U.S. Naval Academy in one of the earliest classes to include women. In 1993, while serving in the Navy Reserves and pursuing her MBA at Stanford, she courageously and publicly came out as a lesbian in protest of the U.S. military’s ban on gay service. One of the first to be prosecuted under the “Don’t Ask, Don’t Tell” law, Zoe successfully won her discharge hearing and continued to serve as an openly gay member of the U.S. military for the next 13 years. She continued her advocacy by leading Servicemembers Legal Defense Network, a national non-profit dedicated to providing free legal services to those impacted by the law and working on Capitol Hill to end it. President Obama honored her by asking Commander Dunning to stand next to him as he signed the historic Don’t Ask, Don’t Tell Repeal Act of 2010. Ms. Dunning retired from the Navy and continues to advocate for women, veterans and the LGBT community. 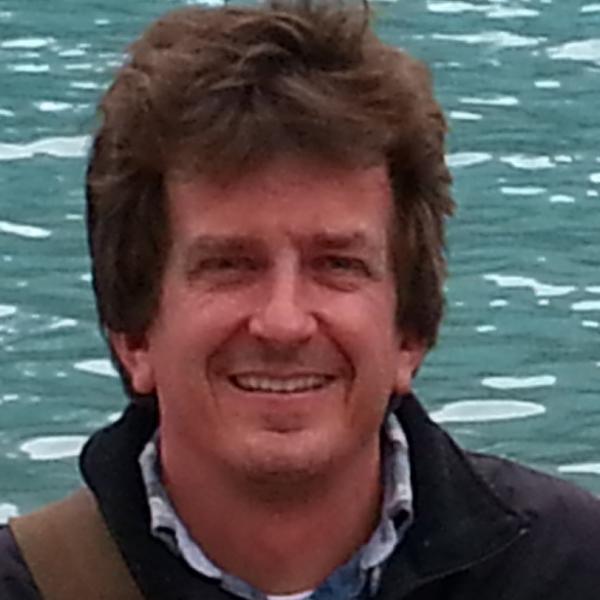