As part of world TEDxWomen, at TEDxHackneyWomen we will host a number of wonderful and inspiring speakers who will share wisdom to stimulate your thinking on transformational change both personal and social.

Thanks everyone who made TEDxHackneyWomen a succsesful event - to our dedicated team, volunteers, our inspiring speakers, audience and our venue. Hope to see you at the next event.

Dana Caspersen is an award-winning performing artist and conflict specialist. She has been a primary collaborator of choreographer William Forsythe in the Ballet Frankfurt and the Forsythe Company for the last 27 years. Since completing a master’s degree in Conflict Studies and Mediation, Dana has worked as a conflict mediator and coach, and has developed and offered conflict workshops and choreographic public dialogue projects internationally. Dana is the author of the new book CHANGING THE CONVERSATION: The 17 Principles of Conflict Resolution, published by Penguin Books in January 2015. @danacaspersen

Elena Giannotti is an independent dancer. She worked with L’Ensemble Dance-Theatre, Virgilio Sieni, Yoshiko Chuma, Daghdha Dance Co., Company Blu amongst others and she has been collaborating with artists like Andrea Spalletti, Nicole Peisl, Alessandro Sciarroni, Fearghus O'Conchuir, Max Barachini and Ioannis Mandafounis. She has been Rosemary Butcher’s main Interpreter for more than 10 years performing and collaborating in films and stage creations. To date her works have been shown in Ireland, UK, Mexico, Italy, New York, Slovakia, and Czech Republic. She is interested in somatic studies, improvisation as integrating tools for composition. She has been teaching in Academic and professional centres like Laban, Limerick University, University of the arts Berlin, Tanzquartier Wien, le Pacifique Grenoble, Accademia d'arte drammatica Nico Pepe Udine to name a few. She is a Chinese Medicine, Tuina Massage and Qi Gong Practitioner.

Fatos Ustek is an independent curator and writer based in London. She currently is Art Fund Curator at fig-2, responsible for curating 50 projects in 50 weeks through 2015. Ustek acted as associate curator for the 10th Gwangju Biennale in South Korea, is a member of AICA Tr and a regular contributor to international art magazines and exhibition catalogues. She has curated an opera in five acts at DRAF, London; an exhibition trilogy entitled Now Expanded that took place at Kunstfabrik, Berlin; Tent, Rotterdam and DRAF, London among various group shows in Europe and Turkey. Ustek is founding editor of Nowiswere Contemporary Art Magazine between 2008-2012, editor of Unexpected Encounters Situations of Contemporary Art and Architecture since 2000 published by Zorlu Center, Istanbul (Turkish Only, 2012; English Only, upcoming); is the author of Book of Confusions

Louise Ashcroft is an artist and educator whose work incorporates comedy, storytelling, walks, sculpture and video. She has performed at Latitude Festival (alongside Josie Long, Joanna Neary and Robin Ince), The Boring Conference, Turner Contemporary and the art/comedy night Your Culture Is Ailing Your Art Is Dead. Louise graduated from The Ruskin, Oxford University, in 2004, before reading Cultural Studies at Birkbeck and studying Sculpture at The Royal College of Art. She is co-founder of the alternative art school AltMFA, which is currently in residence at Yinka Shonibare’s Guest Projects space in Hackney. Louise also runs Floating Island Gallery, teaches in art schools and curates the chaotic, humorous performance art night 'Unperforming'.

Award winning comedian Rosie Wilby took her show Is Monogamy Dead? to Assembly Hall at Edinburgh Fringe 2013 and has since performed it at London Science Museum Lates, Secret Garden Party Festival, How The Light Gets In and more. Based on an anonymous online survey of 100 respondents, it unveiled how diverse our definitions of infidelity are. She recorded a Radio 4 Four Thought piece A New Currency Of Commitment and has spoken in the media about emotional monogamy and love affair friendships. Her New Statesman article proposing that we might all really be polyamorous received 2.6k likes in the UK, 24k shares in the US and was translated into Italian for Poliamore Italia. She also presents Resonance FM's weekly LGBT magazine Out in South London.

Sophia is singer and community musician working with people of all ages, abilities and backgrounds to rediscover the natural voice and reinforce the innate human ability to make music. She spent her early years singing Gospel music at church, where her passion for voice began. As a teenager she attended music camps which informed much of her experience of harmony singing, and led her first workshop in 2007. After her apprenticeship with Spitalfields Music she set up her first community choir - Hackney Harmony - in 2010. During her 4 years as music coordinator in primary education she completed the Music Workshop Skills course at Goldsmiths. She is passionate about singing for positive change and healing often leading singing at protests and actions, as well as for ritual and ceremony. Her workshops are heart warming and soul inspiring, creating a sense of euphoria, connection and empowerment for everyone involved.

Bafta nominee 2014, Royal Television Society Winner 2014, Association for International Broadcasting Winner 2014. Award-winning TV reporter & writer, Tazeen Ahmad has over the last 20 years worked for all the major broadcasters including ITN, NBC, BBC and Channel 4. Her work as an investigative reporter for 'Dispatches' led to a BAFTA nomination and multiple awards last year. She is a former foreign-correspondent, a regular contributor to national newspapers and the author of 'The Check-out Girl'. Tazeen is also dedicated to improving emotional intelligence and is Faculty at The School of Life and works as an Executive & Business Coach. She campaigns, raises awareness and organises events to shed light on stories she has covered extensively - child abuse, extremism, women's rights. Twitter @tazeenahmad

Vocal artist Victoria Hanna , researches ancient sacred Hebrew texts and sets them to music that explores their mystical nature in combination with contemporary modes of communication and symbols. Her work reveals transcendental aspects of voice, text, and spatial perception, as well as an astonishing vocal range and timbre. Much of the inspiration for her current work comes from Jerusalem , where the overlapping of past and present, ancient and modern, lies at the city’s very core. Her work presents sacred Hebrew texts, prayers and spirituals in a unique and utterly modern context integrating theatre, music, spoken word and video. She has collaborated with international artists such as Mariana Sadovska, Eugene Hutz, Barbatuques, Bobby Mcferin, Frank London, Balkan Beat Box, Grundik and Slava. 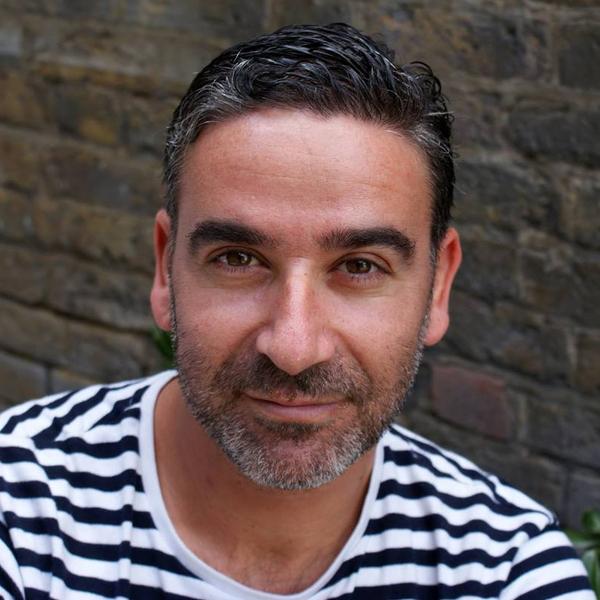