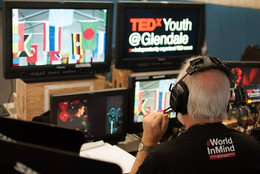 Opening the Hearts and Minds of the
Glendale Youth Community!

TEDxYouth@Glendale aims to address the limited education and positive life opportunities available to youth in the Western Valley of Arizona. Our goal is to reach into and open the hearts and minds of Glendale youth through inspiring talks and activities. This will foster a dialogue to raise self-awareness and to realize their limitless potential.

Adam Shroyer is the founder and lead mentor for the “FIRST Robotics Team, The Cobra Commanders” from Glendale, Arizona. Adam’s passion for mentoring and robotics has earned him a Woodie Flowers (inspiring mentor) nomination from his team in 2014 and 2015. Adam has put in over 2000 hours mentoring and volunteering with “FIRST” and his team. Upon graduation from high school Adam went off to Arizona Culinary Institute to peruse his other passion, cooking, and has been dubbed a Culinary Engineer from his students combining both passions. Adam works as the Executive Chef of an upscale treatment facility in Scottsdale, Arizona. Outside of work and mentoring, Adam spends time with his Fiancé, Sarah, or can be found playing ice hockey. Adam’s goals are to help the team start 15 new “FIRST” teams in the Northwest Valley within 5 years.

Ben Pandya served at AstraZeneca at the highest levels for over 16 years to bring greater awareness in the healthcare arena. Over the last 15 years, Ben has developed and overseen the training and learning for more than 5,000 executives in multiple countries, in diverse industries. He is now also involved with Seed Spot, an organization where Ben helps young entrepreneurs by acting as a mentor to unravel their inner light and manifest their ideas into reality. Testimonials and success from Ben’s training and coaching are living evidence of how Ben’s passion injects renewed energy, vision, and efficiency into leadership levels of any organization. Ben has earned a Master’s in International Management from Thunderbird School of Global Management and has recently published a book on "Leadership Life Story" to compliment his work on a continuum. Visit Ben's page at, www.justaim4success.com, to see his book and other works such as his app to help uncover your individual passion!

Caroline Fabricius Ahlgreen, a high school senior at Tesseract School, is enthusiastic about the work she puts into her local and global community. Being a part of her high school’s community service club, “Hope Club,” since its inception, Caroline has crafted a self-sustaining club comprised of almost a quarter of Tesseract’s dedicated high school students. She has also been fortunate to be able to create a social venture through participating in the SEED SPOT NEXT pilot entrepreneurial program. She finds joy in writing poetry, thrift shopping on Saturday mornings, and exploring new corners of the globe.

Chelsea Fine lives in Gilbert, Arizona where she spends most of her time scribbling stories, painting murals, and avoiding housework at all costs. She studied Design at Arizona State University, where she accidentally ended up in a creative writing course that she accidentally ended up enjoying. She’s now the author of several bestselling novels in both the young adult and adult genres, but writing stories centered around teenage characters (and all the craziness that comes with high school and growing up) is her true passion. She lives with her husband and two children who graciously tolerate her obsession with superheroes and complete lack of skill in the kitchen.

ElektroBotz are a 3-man dance crew based out of Arizona. They perform with a high-energy, intricate style, which includes robotics, isolations and concepts. They bring conceptual ideas to life through dance and cinematics. The members consist of Phoenix Banuelos, Max Thompson and Dominic LaRovere who all met through the AZ dance scene and gravitated toward each other due to their similar style of dance.

Jonelle Moore, director of the Power Brain Training Center in Arizona, has the vision that everyone can live a productive, creative and peaceful life, and the potential for a healthy and happy life is realized in the human brain. Brain Education, in short, empowers people to live the lives they desire. With more than 30 years of experience as an educator, she began her career as a secondary school English teacher. She completed her PhD in Rhetoric and Linguistics at Arizona State University and discovered Brain Education. Since then she has embarked on a journey to help others discover their latent potential through Brain Education.

Josh Stefanski is a piano performer located in Glendale, AZ. He first started playing at the age of 10 when he began taking lessons from his next-door neighbor. He quickly progressed in his musical studies and is now at Arizona State University completing his bachelors in piano performance. Josh has many years of experience performing for numerous events in several different venues around the valley. He is currently in the middle of filming professional music videos and building a website for his music.

Keith Davis is a former college and professional football player. He is also an entrepreneur as well as an educational speaker who has spoken in 8,000 schools in over 51 countries. He graduated from the University of Southern California with his team’s highest grade point average and a degree in Business Finance. While playing at USC, Keith was the team’s leading tackler and an All-Conference player. He was also named to the All-American Strength Team. Keith has played in one of college football's most prestigious games, the Rose Bowl and has won 2 championship rings. After college, Keith signed his professional football contract with the New York Giants. Although injuries limited him to only playing in the preseason, Keith was one of the strongest players on the team. He stands 6 feet 1 inches tall, weighs 290 pounds. He can bench press over 515 pounds, and Leg press 1800 pounds. He is currently the founder and CEO of a global outreach and educational organization called “Winners, Inc

Lexie Priniski, also currently a senior at Tesseract School, has had the opportunity to create a venture in the pilot program for SEED SPOT NEXT. She aspires to further her experience with social entrepreneurism after graduation. In addition to participating in multiple varsity-level sports, Lexie enjoys being an active member of Amnesty International. Over the past several years, she has been able to travel various countries, some of which include, Costa Rica, Italy and Peru. From her travels, Lexie has developed cosmopolitan ideals in regards to other cultures. These experiences have allowed her to think about things in a new light. Along with the aforementioned activities, Lexie enjoys exploring the city around her by adventuring to local coffee shops and concerts.

Olenka Cullinan is the CEO and Founder of Rising Tycoons. Teen expert, inspirational speaker and teen success coach, Olenka has developed a “Backbone of Success”™ method that helps teen leaders become successful in school, life and the world. Olenka’s work with teenagers from 21 countries, combined with humor and personal experience made her realize how often adults set up the end result without teaching teens the ‘how to process’. Her wealth of experience in communications and leadership development has led Olenka to the partnership with SAGE Global, the global teen entrepreneurship organization. When Olenka isn’t travelling the world, you can find her reading, writing and coaching slam poetry, or hiking at sunrise.

Paul Yanson has spent the years since studying Electrical Engineering and Computer Science at UCLA working to promote a lifestyle that is healthy for the individual and the earth. He taught yoga and meditation for fifteen years at Body & Brain Yoga and Tai Chi, one of the largest yoga chains in the United States. For seven of those years, Paul used his creative and technical talents to develop a vast array of informative websites, videos and films on holistic self-development for both for-profit and non-profit organizations, including the award-winning film CHANGE: The LifeParticle Effect. He now puts his experience to good use as the Public Relations Manager for the Earth Citizens Organization (ECO), a non-profit devoted to organizing and supporting the Earth Citizen Movement for mindful living for a sustainable world.

Rebecca Tinkle is an enchanting writer and speaker. She draws the parallels between being an underdog and achieving true greatness. She shares tips on how to turn a life that “doesn’t look good on paper” into a rich and satisfying story of triumph that will not only inspire you, but those around you as well. Humorously using her own experiences of “not being good at anything” to demonstrate how a lack of education, skills, and talents unlocked the two keys to ultimate success… tenacity and authenticity.

Robert Dunger musically enriches the lives of students in kindergarten through sixth grade as a music teacher in the Washington Elementary School District. He also teaches private violin and viola lessons to students of all ages at his home studio in Glendale. Robert received his Masters in Music from Arizona State University in Tempe, Arizona and his Bachelor of Music from Baldwin-Wallace University in Cleveland, Ohio. Prior to teaching in the public schools, Robert performed as a professional violinist in the greater Phoenix area. Whether he is working as a soloist with the Phoenix College Orchestra or as a private music instructor, Robert enjoys sharing his joy and love of music with those around him.

Shanna Parker is an advocate for, and mentor to, victims of human trafficking. She has developed “AngelsGoToWork” to educate the community about the risks of trafficking, perform trafficking outreach in the community, and work with youth who have been trafficked or are high risk to be trafficked. She has joined as a volunteer with The Phoenix Human Trafficking Task Force, is on the Advisory Board of “She’s 13,” Vice President of “Sistas of Vision,” and works in the community with many different agencies bringing awareness to human trafficking. Shanna has partnered with Forensic Research Psychologist, Dr. Lee A. Underwood and Argosy University to create a “Human Trafficking Trauma Training” seminar educating professionals in the field and was recently awarded the 2015 H.O.P.E. award for her work with youth girls, giving them a head start, opportunities, and a positive future through education. Her book titled, And He Called Me Angel, tells the story of her life as a victim of traffickin 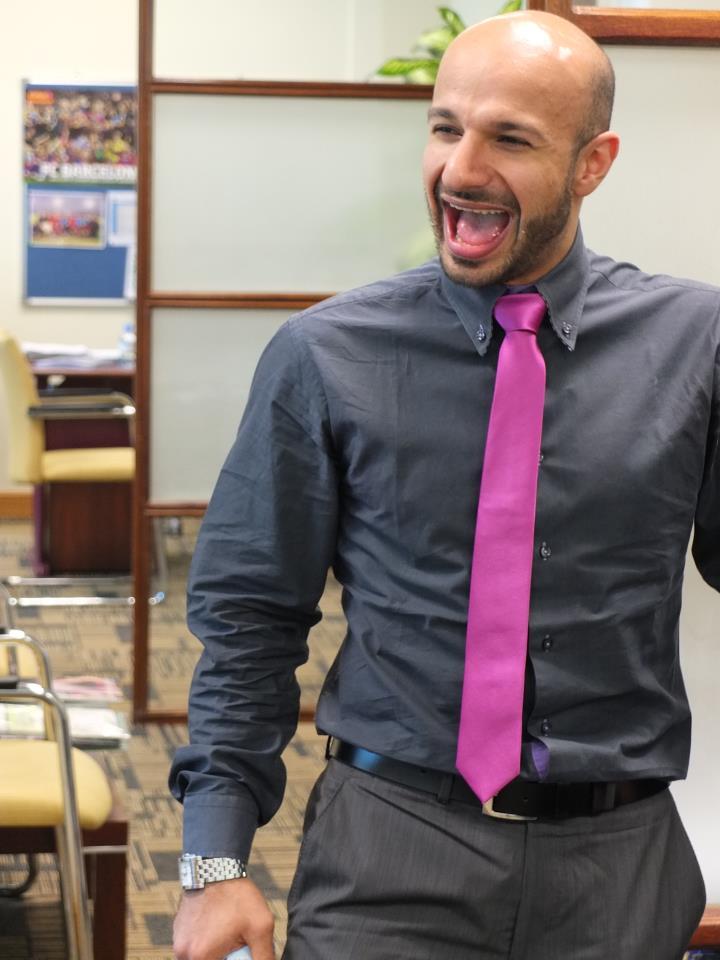 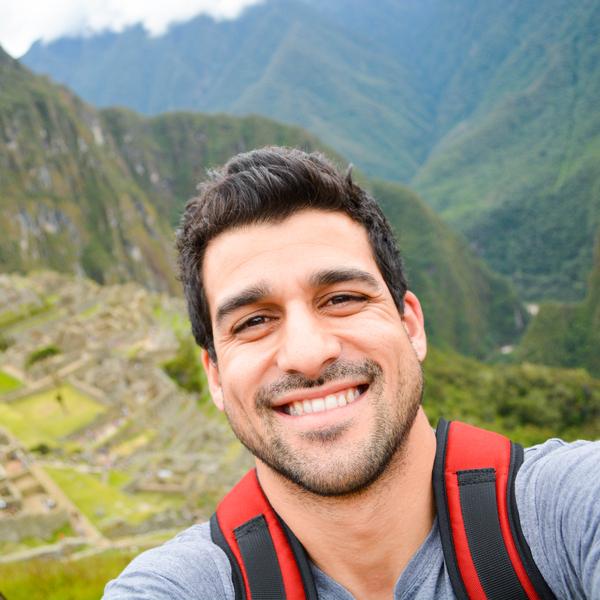