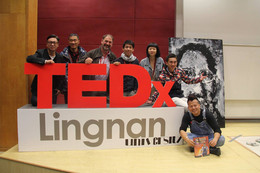 Perception is everything! We all are brought up with our own outlook on life. We are all moulded individually, with our own take or twist on how things should look, should act, should perform, etc.

No one way is right or wrong…its just different; and sometimes being different makes all the difference in the world.

This February TEDxLingnanUniversity presents ‘Twisted’ bringing together an eclectic group of speakers (old to new, young to…well not quite old) who will introduce you to a new perspective; challenging the way you think and presenting you with their look into your world.

In 2008, Arthur Chow gave up a good corporate position and stability to join hands with 3 friends to establish a new company. As he firmly believes that “chance favors only the prepared mind”, he seized the business opportunity in the growing social gaming space and started a business which eventually turned to become a leading global company in the sector, 6waves. His extensive connections in the gaming and Internet sectors, together with the teams the company acquired, helped to propel 6waves into one of the largest gaming publishers and developers on Facebook and the mobile gaming.

Chris Lonsdale is a psychologist, linguist, educator, entrepreneur and corporate advisor. He is the creator of the Kungfu English mobile self-learning system which is helping thousands of mainland Chinese people learn English "on the go". He's the author of "The Third Ear", a book that teaches adults how to learn any language and, in August 2014, he published a book penned directly in Chinese titled "Learn Any Language in 6 Months". Also in 2014 he produced 68 videos in Mandarin, under the title "How to Learn English in 6 Months", and these have been first released on the TenCent educational video platform. In November 2014 he won TenCent's annual award for most popular video lecture of the year in China for his talk, in Mandarin, on accelerated language learning. Chris' TEDx talk on Language Learning is one of the top 10 TEDx videos of all time.

Chinese performance painter Mr Huang Fengrong was born in 1977 in Fujian, Putian, China. Currently he is the acting school founder and a post modern collage artist who has developed his own unique twist…if you have never seen him live before, prepare to be amazed! In addition to travelling the world performing his unique style of artistry, some of his works have been exhibited in several European Art Museums.

HK URBEX stands for Hong Kong Urban Exploration, 廢墟攝影團隊. As a growing global movement, ‘Urbex’ has become the buzzword to define those that explore urban landscapes, including abandoned structures, neglected sites and mysterious spaces in a city. The collective behind HK URBEX are a band of intrepid visual creators and storytellers who have made it their mission to rediscover, reappropriate, reimagine and document Hong Kong’s derelict sites. If the city is seen as a coded physical space like the operating system of a computer network, then HK URBEX are the city’s space hackers, exploring, infiltrating, recoding and resharing. In a city ruled by property developers and oligarchs, and tainted by overpopulation, it is hard to believe this Special Administrative Region has any neglected spaces at all, but HK URBEX have tracked down hundreds of sites, ranging from haunted schools and derelict villages to defunct government property – every one of which has a unique story tell.

Kevin is an upcycling product designer, who graduated from Hong Kong Polytechnics, School of Design in 2009. Looking at the environmental crisis our world is facing, he believes that designers have the responsibility to re-create the world for the better. Designs have to be sustainable by enriching the environment, users as well as the society. Instead of continually draining new resources/materials to create new products. Kevin is experimenting with waste materials, reusing them to create new & innovative products.

Mark returned to HK in 2007 to renovate his ancestral home in Kuk Po. The village had been uninhabited for more than 15 years, and many buildings are dilapidated. Mark is helped with a background in biology(degree from Glasgow University) and some knowledge of Permaculture. He has established a lifestyle (with a lot of elbow grease and sweat) that's most unusual for Hong Kong. He considers the motto : “Think Global, Act local” - is also a guide that he lives by. He belongs to the Hakka minority group in the New Territories. But, like many from the New Territories, he emigrated in 1968 to Glasgow, Scotland. He has lived and worked in Asia, USA and the UK, as a photographer and television producer. At present, he produces short films, using the valley as a setting.

Nicholas Ooi is a Project Officer from the Office of Service-Learning at Lingnan University and is also the founder of the project, Think-Act-Contribute (TAC). The TAC team, led by Nicholas, has created a simple and funky dance move in order to help spread health awareness and health messages to the local community. His team not only dances, but they also help to encourage youth and elderly to get involved in the TAC project, which, in turn, helps to create an environment fostering intergenerational partnership

Richard Hassell is the co-Founding Director of WOHA, an internationally acclaimed architectural practice based in Singapore. He graduated from the University of Western Australia in 1989, and was awarded a Master of Architecture degree from RMIT University, Melbourne, in 2002. He has lectured at universities around the world, and served as an Adjunct Professor at the University of Technology Sydney, and the University of Western Australia. Major awards garnered by the firm include the 2011 RIBA Lubetkin Prize and the 2010 International Highrise Award, both for The Met, a high-rise tropical tower in Bangkok, Thailand.

Thierry Chow is a designer and a C apprentice. After obtaining her Bachelor of Applied Illustration from Sheridan College in Toronto, Canada, she began working on various design projects. In 2011 she started apprenticing under her father, Mr. Chow Hon Ming, a well-respected Feng Shui Master who for the past 30 years has been practicing from his base in Hong Kong. In 2013, she founded TRE, a contemporary feng shui concept that provides a fresh new outlook which incorporates creative ideas modernizing Feng Shui with a 21st century twist. 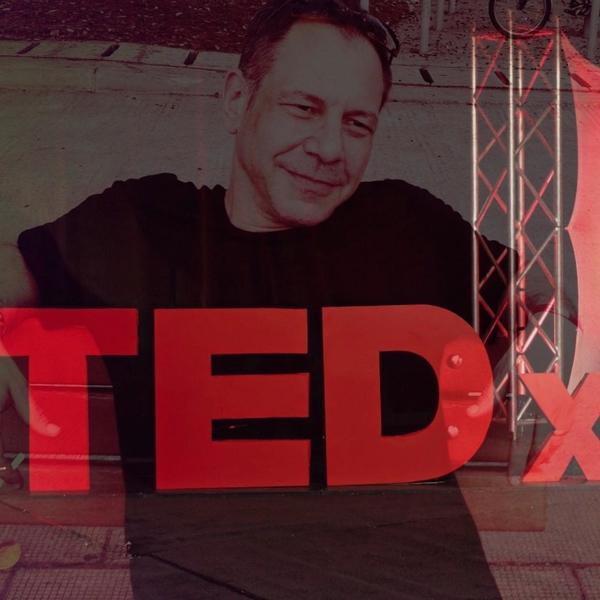