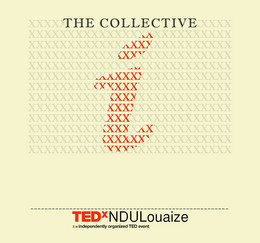 When you wake up every morning, what is the first thing you do? Well, after stretching and yawning and wishing every day was a Sunday, most of us take a look at ourselves in the mirror.
When you look into that mirror, what do you see? What stands out in the face staring back at you? Yes, “stands out”, because in each and every one of us, at least one thing is different from everyone else around us.
We are born unique individuals in a collective society, a society that will eventually play a role in building and molding our characters and personalities. In the New Age era, there is a constant call to ‘Be Yourself’ and ‘Avoid following the Masses’. But, perhaps, not in all cases, should individuality be taken as something positive, while collectivity be seen as negative.
This is where the role of TEDxNDuLouaize’s 2015 Main Event comes in. Speakers and performers coming from various backgrounds will express their different views on individuality and collectivity. At “The Collective I”, you will also have the chance to express your own opinions on a matter that concerns us all.
So, as Kurt Cobain once sang: “Come as you are, as you were, as I want you to be.”

Ayman is a devoted Yoga teacher and the founder of the Guru Yoga group in Lebanon. In 2012, he started a journey traveling throughout Nepal, India, and many other amazing places. A life changing journey of self-discovery which resulted in him ending his corporate career and becoming a Yoga teacher. Having lived and studied in an ashram in India, Ayman is, today, dedicated to sharing the traditional Yogic philosophy and science in Lebanon and worldwide. His favorite quote is "My life is my message".

Brady is originally from the United States, and holds a Masters Degree in Linguistics. He spent the last 5 years teaching at universities in Oman. He and his wife, Amber, now work at Home of Hope, a home for abused and abandoned children in Lebanon, where he gets to hang out with great kids and entertain them with his terrible Lebanese Arabic.

At 27 years of age, Carole Khazzaka is multi-talented and bigger than life. She likes to do things to perfection. Having majored in psychology, geography, and recently hospitality management; and having been designated the first official female Road Captain in the H.O.G.®. Lebanon Chapter, nothing seems to be too hard for her. If you were to look for her, you would find her serving the notorious "Kharouf Khazzaka", a family specialty, or on the road, riding her beloved Harley.

Chadi Azoury holds a PhD in engineering from France. He is a lecturer at various universities in Lebanon. He holds conferences and seminars in success and personal development. He is also the author of: “The 77 secrets of SUCCESS”, and “The 7 secrets of the ultimate school curriculum”.

Charbel has more than 10 years of experience in the music scene. At the time of this performance, Charbel was a Musicology Jazz student at Notre-Dame University (Lebanon) and a pianist and singer at Music Hall Beirut. As a child, he used to do the utmost to skip his music lessons, but is now certain that music is his life.

Corine's life revolves around dancing. All she does is breathe, eat and live dancing. She has been studying dance for 6 years and is always motivated to make it her only lifestyle. Corine studied different styles of dancing (hip hop, burlesque, street jazz, ballet jazz, ballet and jazz) and has worked in the field for a while and is still striving for more.

From the “2012 Olympics” in London to “Arabs Got Talent”, Daneel Sayegh found himself following his passion as a percussionist. Since the age of 19, Daneel has been performing with local and international bands and artists. His dream is to travel to India where he can evolve as a percussionist in a country whose musical roots are like no other. Daneel’s belief: A musician plays with his soul, not just with his body.

Lebanese rooted and raised in Kuwait, Evette Abou Samra is a life enthusiast with an adventurous side, always up to trying new things and never falling into routine. She has an immense passion for theatre and arts and lives by the motto: 'If you’re the smartest person in the room then you’re in the wrong room.'

Born in Beirut-Lebanon and raised in the U.S.A., Fatima is an American Board Certified occupational therapist and clinician; the founder and director of OTC-Lebanon which is an occupational therapy center that provides services to children and adults in the areas of cognition, physical rehabilitation, and prevention of disease. She is also a consultant to schools, learning centers and government organizations. As the president of the Lebanese Occupational Therapy Association, her philosophy is: “Action speaks louder than words”.

Originally Lebanese, Gabriella was born and raised in Dubai aspiring to become a dancer ever since she could remember. Being a 90s kid, her idol is Michael Jackson. Gabriella loves animals and nature, and describes herself as creative, passionate, and a child at heart

At the age of 12, his "make a change" journey began. Kamal El-Hage, originally from Lebanon, is now a student in one of the finest chemical engineering schools in France and is on his way to becoming a certified member in the worldwide leadership program: the John Maxwell’s Team. Influential, motivational and inspirational, his goal is to embrace people as much as he can in order to empower them to meet a higher purpose. As Kamal always says: “Impossible is a word, not a fact.”

Lili Ghandour is an ambitious artist, born and raised in Beirut, Lebanon. She has been dancing since the age of 5 and is currently known as a choreographer and performer in different projects and locations in Lebanon. Her love for dancing has helped her evolve as an instructor in dance movement therapy.

Lionel was born 4 decades ago in the suburbs of Paris. He found his passion for music when he was 14 and started rapping and writing lyrics just for fun. His turning point was when he discovered he could sing and moved from the Hip-hop bad boy wannabe style to RnB and jazz. Lionel sang in an acapella group from 1998 to 2001 in Paris. In 2001, he decided to follow the woman of his life to Bordeaux where he experienced music in different ways. Leaving Paris, and later on France, in 2006, Lionel decided to reside with his current Lebanese wife in her home country where he is working as a French teacher while preserving his original passion. Lionel's motto: When I sing or teach, I share and care It's all about creating an interaction with an audience or a class and growing together for the benefit of everyone.

Malik is a driven serial entrepreneur striving to make the best of the opportunities that surround him. Having been born and raised in Belgium and only living in Lebanon for the past four years, he has found the change in culture quite challenging; however, he did not let that stop him. Introducing the French coding school, ‘Le Wagon’, to Lebanon is but a small piece of the entrepreneurial puzzle that lies ahead of Malik. Malik’s motto: It is not about what you know; it is about what you do.

Malik is a driven serial entrepreneur striving to make the best of the opportunities that surround him. Having been born and raised in Belgium and only living in Lebanon for the past four years, he has found the change in culture quite challenging; however, he did not let that stop him. Introducing the French coding school, ‘Le Wagon’, to Lebanon is but a small piece of the enterpreneurial puzzle that lies ahead of Malik. Malik’s motto: It is not about what you know; it is about what you do.

Stephanie has been a university instructor since 2005. Her successful career in academia, however, did not stop her from pursuing other dreams she has had since her childhood. She works on perfecting her talents, mostly in music and photography, for nothing but the pleasure of learning.

Armenian by origin and but more of a global citizen having lived in over 10 countries, Talar Bogharian Partiyan has been an educator for almost 20 years, with over 14 years at the American Community school at Beirut working with students from all nationalities. She has a BS in Biology and a Masters in Science Education. Talar joined the Harley owners Group (H.O.G.®) as a volunteer in 2009 and became the first female director for a H.O.G.® chapter in the MENA region. You can always find her giving lessons about life and love.

Tom Young is a full time artist from England. He has painted and exhibited in the Middle East, India, America and Europe. Tom has been living in Beirut, Lebanon since 2009. Through painting, he explores themes of absence, transience, memory and transformation. He combines his painting practice with social and architectural activism, transforming deserted old buildings into living centers of creativity and education. Tom believes art plays a vital role in the protection and creation of public spaces for people of all ages and backgrounds.

Usman Malik was born in the historic and culturally vibrant city of Lahore, Pakistan. Usman's educational background and formal training is in the fields of Economics, Finance, and Strategy and has extensive experience within the fields of banking and general management. He resides with his family in the state of Connecticut, USA-where he takes an active role in mentoring and advising students, young professionals, and non-profit organizations locally, regionally, and globally. 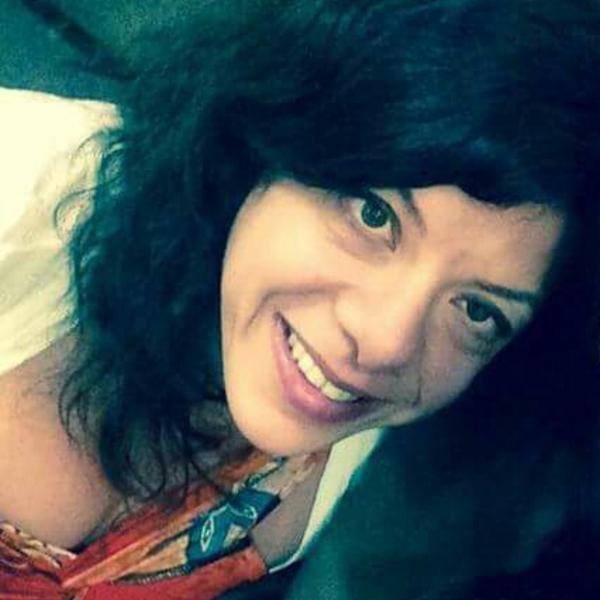