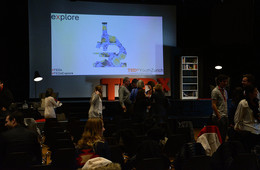 Come "Explore" at TEDxYouth@Zurich on Saturday, March 14th 2015. A TEDxYouth event is an independently organized TED event created to engage students in new ideas and spark their curiosity with 18-minute talks on a range of subjects. Organized by ten Zurich International Students, TEDxYouth@Zurich was created by youths for youths.

This year, there is something for everyone to enjoy "exploring" with talks about economics, astronomy, social entrepreneurship, and magic. As space is limited, interested guest must apply for tickets via our website (tedxyouthzurich.org) and will later be contacted about payment details. The event will be held at the Zurich International Upper School campus in Adliswil and is open to everyone interested in a full day of networking and learning from the leaders in different fields. We look forward to "exploring" with you in March at TEDxYouth@Zurich.

In 2011, with the personal goal to help women discover and fall in love with the city of Zurich, Angelica Co-Founded Girlfriend Guide to Zurich. The platform hosts lifestyle events for women and features a blog with an Events Calendar & a City Guide. Angelica’s background includes work with non-profits, corporations and agencies for major events, communications, hospitality & sports in the USA and UK. She was part of the inaugural AND Art Festival in Liverpool and has worked at prestigious sporting events including the Masters Tournament, the Super Bowl, NHL All-star Game and NASCAR races.

Claude Nicollier has been, for nearly 30 years, a European Space Agency (ESA) astronaut of Swiss nationality. He graduated from the University of Lausanne in 1970 and the University of Geneva in 1975. He also graduated as a Swiss Air Force pilot in 1966, an airline pilot in 1974, and a test pilot in 1988. He was a member of the first group of ESA astronauts selected in 1978. He then joined Group 9 of NASA astronauts in 1980 for Space Shuttle training at the Johnson Space Center, Houston, Texas where he was stationed until September 2005. His technical assignments in Houston included Space Shuttle flight software verification in the Shuttle Avionics Integration Laboratory (SAIL), development of Tethered Satellite System (TSS) retrieval techniques, Remote Manipulator System (RMS) and International Space Station (ISS) robotics support. Claude is an accomplished astronaut and gives insight into the "alien" world of space.

Clemens Schiestl was born in 1958 in Freiburg, Germany. In 1991, he graduated from the Medical School at the Albert-Ludwigs-Universität of Freiburg, Germany. Afterwards, he was trained as a pediatric surgeon in Germany and was board-certified in 2001. In 1995, he became Head of the Pediatric Burn Center at the Children`s Hospital “Park Schönfeld” in Kassel, Germany. Since 2003, he has held the position of Director of the Pediatric Burn Center, Plastic and Reconstructive Surgery at the University Children’s Hospital in Zurich, Switzerland. Since 2000, Clemens Schiestl has been a member of the Tissue Biology Research Unit of the University of Zurich. In 2010, he submitted his thesis with the title “Large scale skin replacement in children”. Together with his team, he organized the 6th World Congress on Pediatric Burns in 2011 in Zurich. Clemens Schiestl is married to Gaby Willaredt-Schiestl and they live in Zurich together with their three daughters Anna, Chiara and Fanny.

Originally from the UK, Dave joined the European Centre for Nuclear Research (CERN) in 1993. He helped design, build and operate the 14000-tonne CMS detector that studies collisions between sub-atomic particles provided by the Large Hadron Collider (LHC). These collisions recreate the conditions of the early Universe, effectively allowing us to explore through both space and time the history of our Universe. CMS came online in 2010 and, just a couple of years later, found evidence for a new particle – the Higgs boson – that helps us understand why our Universe exists at all. After a 2-year hiatus, the LHC will restart in 2015 providing higher-energy collisions that will allow scientists to boldly explore where no scientist has gone before…. In addition to his Project Manager role at CMS, Dave has appeared on many television documentaries and has led the International Particle Physics Outreach Group, bringing the wonders of particle physics into classrooms around the world.

David Elsener is a student at Kantonsschule Wiedikon (KWI) and will graduate in 2017. Last year, during the school year 13/14, he attended an American High School. His exchange year took him to Menomonie High School in Wisconsin. While living there with a great host family, he discovered a nation from a side that not everybody can explore during their vacation. David loves to be outdoors and likes to explore new things – it doesn’t matter if it is exploring nature or culture. When he graduates from the KWI he looks forward to being a student at the ETH and studying environmental science.

Dominic Bernath is a professional magician, traveler and Master’s student in electrical engineering at ETH Zurich. His passion for the impossible started more than ten years ago in Las Vegas. Ever since, he has been amazing audiences all over the world. He spent four years growing up in southern California, where he, among other engagements, performed at the world famous Magic Castle in Hollywood.

Hector is a Swiss-Chilean entrepreneur and the Co-Founder and Business Developer of the social clothing venture beyondBeanie. Born and raised in Chile, Hector left his country to go study Business Administration at California State University Fullerton in the USA. During his studies, Hector started a successful part-time photography business, which he continued to develop as a full-time enterprise after graduation. Years later, Hector got married to a Swiss national and left California to move to Lausanne, Switzerland where he completed a Master in Management at HEC Lausanne, a city which he now uses as base of operations to grow his social enterprise.

Maria Ploumaki works with global businesses, executing strategies and negotiations for them that significantly improve their value chain and competitive advantage. She has achieved extraordinary results in global procurement, supply chain management and market share improvement. Having handled USD 0.5 billion and having worked with more than 50 countries, recent projects have brought millions of dollars in cost reductions and profit increase. She has been selected for the Swiss Economic Forum (SEF) as one of the Top 50 Women in Business in Switzerland. Besides that, Maria is a Global Shaper at the World Economic Forum (WEF) and has also been chosen by the Republic of Slovenia as one of 24 Young Global Leaders for the Bled Strategic Forum (BSF). She is a chartered Economist, MCIPS, Six Sigma certified and serves as an Ambassador at One Young World and President at the Oxford Business Alumni Association of Switzerland.

Patricia is a Bolivian architect and social entrepreneur as well as the Co-Founder and Project Manager of beyondBeanie. Interested by the art of drawing and planning, Paty decided to study Architecture and Interior Design at the Universidad Mayor de San Simón in Bolivia. In search for ways to further her professional career, Paty left her home country to go to the USA, where besides her professional experience she also became an active volunteer member of the Arthritis Foundation. Paty came back to Bolivia to restart her career with a more critical eye about the social issues that affect the people of her country. Wanting to help, she decided to put her architect career on hold and venture herself into starting beyondBeanie.

Sheila Ohlund is the Founder and Managing Director of Grove Financial Services GmbH, an independent asset management and investment coaching firm whose investment approach integrates behavioral finance insights with successful fundamental investment management practices. Sheila has over twenty years of investment experience at global financial firms. She was a Partner at SBC Brinson, and following its merger with UBS became Director of Portfolio Management and Research, with responsibility for global and emerging market funds. She had previously been with Rothschild Bank in London and Zurich, where she was Executive Director and Head of Research, and before that she was a member of the global equity investment team at American Express’s international asset management firm in London. Sheila began her career at Price Waterhouse as a Certified Public Accountant (CPA).

Susan DeYoung has been, for 35 years, a litigation attorney, entrepreneur, and nonprofit administrator in the United States. Her passion, however, is advocacy for the poor and disenfranchised. Energized by her entrepreneurial spirit, Ms. DeYoung built successful law firms in two states (Pennsylvania and Illinois), pioneered conflict resolution in the legal community, started a real estate development company, was manager of 3 government funded Summer Youth Employment Programs (SYEPs) and most recently, was the Executive Director of Habitat for Humanity (Habitat) for Broward County, Florida. 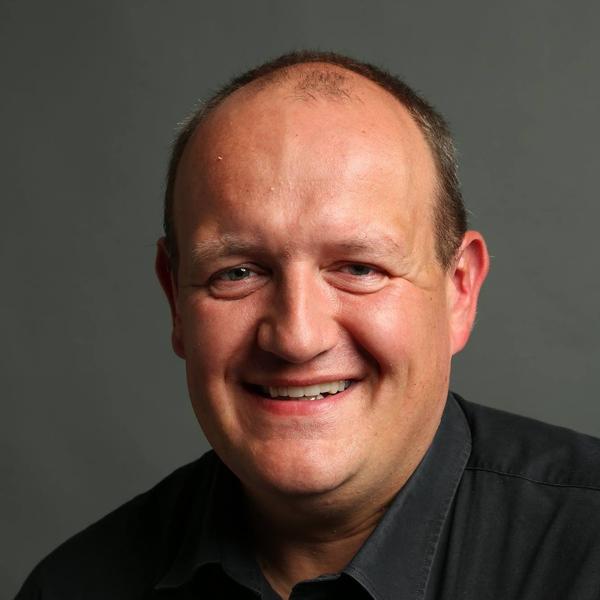 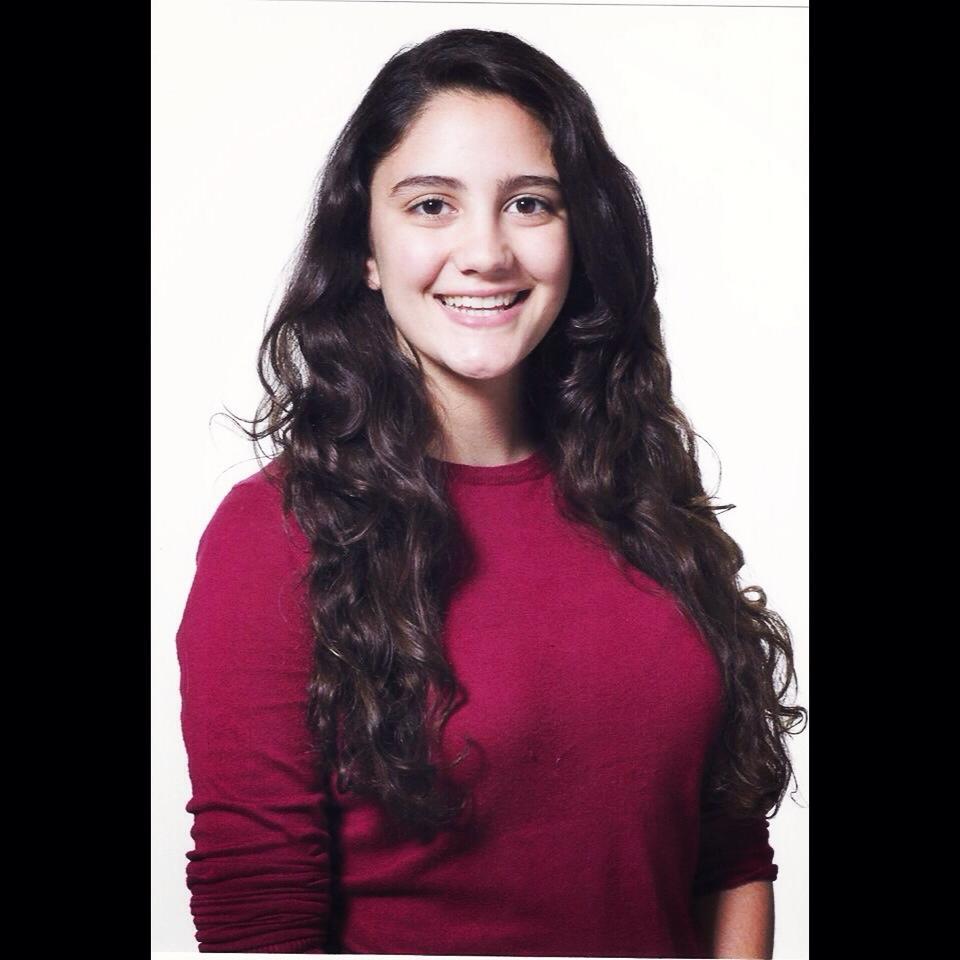