Theme: Waiting On the World to Change 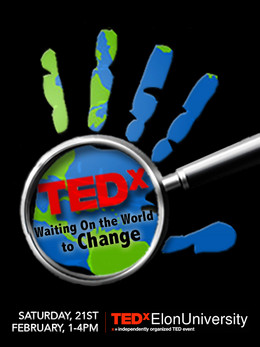 David A. Levy is chairman of The Jerome Levy Forecasting Center, LLC, a macroeconomic forecasting and consulting firm using an uncommon, profit-centered methodology. He is a widely respected economist, investor, successful hedge fund manager, speaker, author, and former member of various public policy study groups, including a presidential commission. He forecast that the collapse of the housing bubble would cause a broad financial crisis and severe recession—and started a hedge fund in 2004 exclusively to capitalize on the resultant interest rate collapse. Levy graduated Phi Beta Kappa from Williams College with a B.A. in mathematics and has an MBA from Columbia Business School.

In 2008, Emily helped launched I AM THAT GIRL, a nonprofit devoted to inspiring girls to LOVE, EXPRESS, and BE who they are. As Co-Founder and CEO, Greener brings passion and dedication to her mission to connect with girls, creating inspiring content and developing savvy programs that empower them to transform their self-doubt in to self-love. To date, Emily and her team have built a meaningful brand and developed the strategy and support that inspires a community of over 250,000 girls daily, and that number is steadily increasing. Her willingness to lead with vulnerability and her genuine passion for people makes her an influence girls are inspired to follow.

Harry D. Cohen did his undergraduate work at Cornell and his Ph.D in Psychology at the University of Michigan. With his work with executives of major US corporations his philosophy is that universal and undeniable principles, if understood and followed, can guide behaviors in ways that yield great results. For example, authenticity and honesty breed trust. His work has been on the expression of the principle of Heliotropic Leadership: how the intentional practice of virtues such as gratitude, compassion, and forgiveness can not only uplift oneself, but can uplift anyone who comes in contact with such a leader. He can be reached at Harrydcohen.com. Get to know our speakers

Ian Brady is an Application Designer from Chicago, IL. He attended Vancouver Film School in Canada where he studied Film and Design, and started conceptualizing a brand new college education system for the 21st century. Traditional learning for Ian was not easy, and when he was misdiagnosed with Attention Deficit Hyperactivity Disorder (ADHD), his journey only became more difficult. Design became a medium for Ian’s creativity, and education became his passion. He envisions a more transparent, progressive, and experiential way of learning. He decided to use his application design experience as a platform for discussion on an extremely pressing topic for America’s youth.

Jennifer co-authored a New York Times best-seller, and has successfully lobbied state legislators to change compensation laws for the wrongly convicted, to abolish the death penalty, to revise police eyewitness line-up procedures, and for many other causes. She has appeared on Oprah, Sixty Minutes, The Today Show, Good Morning America, 20/20, The View, NPR, Diane Rheams, and in People magazine, RedBook, Newsweek, and in other media outlets. Her Op-Eds have appeared in The New York Times and elsewhere.

Theresa Newman is on the faculty of Duke Law School, where she serves as co-director of the Wrongful Convictions Clinic, associate director of the Center for Criminal Justice and Professional Responsibility, and faculty adviser to the student-led Innocence Project©. She is a founding member of the board of the Innocence Network, an affiliation of more than sixty-five organizations dedicated to providing pro bono legal services to convicted individuals seeking to prove their innocence. She has also served as president of the North Carolina Center on Actual Innocence, a nonprofit organization she helped found, and was a member of the North Carolina Chief Justice’s Criminal Justice Study Commission (formerly the NC Chief Justice’s Commission on Actual Innocence). She received her JD from Duke and, after graduation, clerked on the U.S. Court of Appeals for the Fourth Circuit and practiced in a large North Carolina law firm.