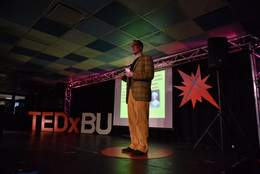 Hailing from Wellesley, MA, and studying painting and political science, Alexander Golob isn't satisfied with the status quo. For the past three years, he has drawn from his diverse experience as an artist, entrepreneur, and community organizer to examine and take action - in ways large and small - on the current crisis in higher education. At 21, Alexander Golob has a diverse background ranging from grassroots campaigns, to public art projects and innovative leadership. His campaign experience comes from both congressional and gubernatorial elections as well as student and community organizing for higher education reform and support of the arts.

Ani is an entrepreneur who is looking to blend culture, commerce and creativity in a new way. His motivations are largely selfless -- he wants to redefine how we view success and happiness as a society and inspire people to pursue their passions before anything else. Ani is the oldest son of immigrant parents from India. He could've become a banker or doctor, but he started his own record label at 16 and never looked back. After graduating from NYU, he turned down a consulting job to pursue his passion as a musician full time. This lead to him touring the world; he ate sashimi in Shibuya and played cricket in Kolkata. However, Ani had a dark secret. He was running from a rare form of kidney failure that could take his life at any moment. He was determined to live on his own accord. Here's his spark.

She is a bright, charismatic, and hardworking individual who loves learning! She has many wide ranging interests and loves trying new things! Currently in her junior year at Boston University, Anna Kasdan is pursuing a neuroscience major and piano performance minor. Her passion for these fields has fueled her current research in music and language at the Aphasia Research Lab at BU where she has been working for three years. She has received funding from Howard Hughes Medical Institute and BU's UROP. Anna is an avid musician and has toured Italy and Germany in chamber music tours and has performed in many outreach concerts in the area. Anna is also passionate about science education, playing in pit orchestras, hiking, and biking.

Chelsea Roberts is a proud Boston University alum who ventured beyond her Jersey city limits to explore the fields of film and television and African American studies. As a 22 year old woman still learning how to fully value the color of her skin, the power of her words, and the essence of her story, she dedicates herself to a cause worth dying for: pro-black activism and empowerment through the arts. Similar to the black and brown artists before her time, Chelsea uses spoken word as a defiant voice against institutionalized anti-black racism, classicism, and sexism.

Chris an easy-going and often pretty silly person whose work on cowardice has a serious moral purpose. Chris Walsh is acting director of the College of Arts and Sciences Writing Program at Boston University and has also taught at Emerson College, Harvard University, and the University of Ouagadougou in Burkina Faso. His book Cowardice: A Brief History was published by Princeton University Press in 2014, and his work has appeared in Aeon, Agni, Civil War History, Essays in Criticism, the Irish Times, and the Yale Review.

A student affairs professional for over five years, Christian has developed a passion for transformative education through critical conversations and disruptive thought and action. A tireless advocate for young people with wild ideas, he strives to effect social change by encouraging people to see others as part of one human race. With an eclectic personal and professional background including music, fitness, technology, and psychology, he is an educator by heart and is driven by the need for social justice and happiness. Christian is the founder of Kuutch, an upcoming social media platform designed for meaningful student engagement that will also put the power of connections back into the hands of students. Christian has a B.A. in sociology and an M.A. in counseling psychology, both from Boston College. He is from Queens, NY and currently lives in Cambridge, MA.

Jim Russell is a Posse Scholar and Boston University senior hailing all the way from Atlanta Georgia. He is studying Film and Spanish, but has set out to be a jack of all trades. Having worked in radio, personal training, music production, videography and film he has seen the many ways that these various disciplines overlap and intertwine. Jim is currently confounding a record label, creative space, and film production company called Tegmental.

Margie has a BA in Peace Studies and Computer Science from the University of Notre Dame, an MA in Educational Leadership from University of San Diego, and is now a 3rd year doctoral candidate studying global civic engagement and empathy.

Matthew is a person whose constant, perpetual, justifiable existential crisis causes him to constantly be moving forward, looking for the next thing, trying to make his mark on the world. Storytelling, teaching, and writing are all equally important to him. Matthew Dicks is the author of the novels Memoirs of an Imaginary Friend, Something Missing and Unexpectedly, Milo, and the upcoming The Perfect Comeback of Caroline Jacobs. His novels have been translated into more than 25 languages worldwide. When not hunched over a computer screen, he fills his days as an elementary school teacher, blogger, wedding DJ, minister, and life coach. He’s a former West Hartford Teacher of the Year and finalist for Connecticut Teacher of the Year. Matthew is a 16-time Moth StorySLAM champion and GrandSLAM champion. He’s the co-founder and producer of Speak Up, a Hartford-based storytelling organization.

William McKinney graduated from UNC Chapel Hill in 2008 with a double major in Mathematics and Economics before completing his Masters degree in Urban Education Studies at Yale University. Since completing his studies, William has worked as a mathematics and AP economics teacher at Wilbur Cross High School in New Haven, CT. In 2012 he was selected to be a Common Core Advocate and has run workshops across the state of CT and the nation, helping to train other teachers to properly implement the new Common Core standards in their classrooms. In this capacity, he has presented for NBC's Education Nation, America's Promise, and the American Federation of Teachers in CT. William has also served on the Governor's Common Core Implementation Task Force in CT and currently serves as a curriculum facilitator and beginning teacher mentor within his district.

Wouter is an energetic, ambitious, curious mind that loves riding his bicycle through Amsterdam as much as traveling around the world. Wouter Boon was born (1975), raised and educated in Amsterdam – with two loving parents and 3 older brothers. In 1998 Wouter earned his Law degree at the University of Amsterdam. After a short career as a lawyer he switched to advertising in 2003. In 2008 he became freelance strategist and started picking up writing more seriously. In this year he founded Amsterdam Ad Blog – an international blog about advertising – and started doing research for 'Defining Creativity', a book that eventually came out in 2014 and comprehensively yet concisely explains what creativity is. Today Wouter is strategist, editor-in-chief, author and lecturer. 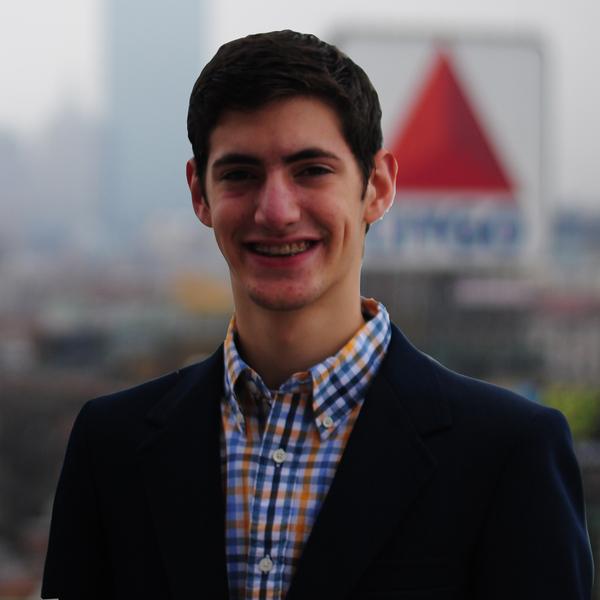