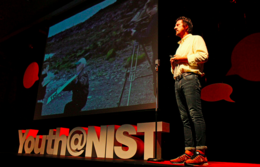 In 2009, TED created a program called TEDx. TEDx is a program of local, self-organized events that bring people together to share a TED-like experience.

Our event is called TEDxYouth@NIST, where x = independently organized. At our event, TEDTalks video and live speakers are combined to spark deep discussion and connection in a small group.

Abria Joseph was born and raised in the San Francisco Bay area. He began learning yoga at 16 and in completed his first training program, a 700-hour vinyasa training in Thailand. He went on to teach vinyasa classes across the US, Canada and Mexico, and earned a degree in exercise science and wellness from Bastyr University in Washington state. Aria founded Pranaforce Yoga in 2010, an international yoga lifestyle company offering yoga retreats, teaching training, workshops and community events. He is also an experienced TEDx speaker who encourages others to practice and live their dreams within each moment.

Adrija has been passionate about Human Rights and Advocacy ever since she knew what it meant. It infuriated her that people were unable to stand up for themselves because of their race, gender or sexuality (to name a few). She questioned: "Why shouldn’t I, being more privileged than some people, stand up for those who can’t?"

Alix has a passion for all kinds of literature. This passion has led to her seek the truth behind fairytales and their role in the modern world. Apart from reading, she enjoys being part of various service groups, practicing sports like swimming and judo, as well as playing the piano and singing.

A 15-year-old with the determination to become part of change, Aminta hopes to inspire people to make changes in the ongoing issue of public health care. Aminta has experienced first hand what the conditions are like through her work apprenticeship and would like to share what she has learned. She is passionate about the sciences, and wishes to pursue a career in the medicine after her senior year at NIST International school. She feels as if this issue is overlooked, and feels a pressing need for change to come upon the field of medicine. Through her talk, she would like to raise awareness about the issue and inspire you to lend a helping hand. She believes that by working together, she, along with everyone else, will be the change that she wants to see in the world.

Farid was born and raised in Azerbaijan until the age of nine. He has lived in Sudan, Kenya and Thailand. A musician at heart, and a history enthusiast, he never stops talking. Being an avid independent thinker, he will discuss the essence of conspiracy theorism, and why it has had such a negative connotation throughout the 20th and 21st centuries.

Frank was born in Brazil and moved to the United States, then Africa, and later Thailand. Through these diverse cultural experiences Frank has been introduced to a global community of international students and eclectic people who have helped him shape his character into the young man he is today.

Jaruthat Snidwongse Na Ayuthayawas born and brought up in Thailand. After initially attending Chitrlada School in Bangkok and International School of Manila, he completed his education at NIST International School. Jaruthat went on to attain his Bachelor of Industrial Design (Hons.) at Monash University in Victoria, Australia. An experimenter in the arts and sciences, he currently works for the Royal Project Foundation in Thailand.

Kengo Shigeta has been an active student both in and out of class since his arrival at NIST in year 6. Currently, he is involved in and has taken a wide range of leadership roles in activities such as MUN, Student Council, Japanese Cultural Group and Music Bands. In his 6 years at NIST International School, Kengo encountered many different teachers through classes and activities, each with their own unique teaching styles. This talk will revolve around the idea of these teaching styles, and how they can help or hinder the learning of your child. Within the talk, Kengo will share experiences about his learning career that may sound relatable and familiar, and further inquire into the effects that these experiences has had to shape him into the individual he is today.

At 15 years old, Mei Lin has already participated in many community service projects, even from a very early age. Currently a Sophomore at NIST International School Bangkok, she leads service groups and athletic teams. She enjoys playing softball and pitches for the varsity girl’s team.

During the past twenty years, while living in Japan, Patrick has been a pioneer in aligning 21st century skills with 21st century learners in over 25 countries throughout the world. This has also demonstrated through his own organizations Tokyo International School, TEDxTokyo, JIEC, Living Dreams, 21.21 movie and 21 Foundation. Patrick Newell spends a growing portion of his time as a creative consultant in think tanks and as a speaker collaboratively creating new ideas and emerging ways of sharing these ideas with organizations, companies, governments and schools as a 21st century learning specialist. His personal website shares how he connects the unconnected.

Last summer, Peach took part in something which had never been done before: the translation of orchestra pieces into braille notes. But it’s only a small part of what it takes to play an instrument when you can’t even see. In between playing with elephants, running around museums and scuba diving, 15 year old Peach ended up as a volunteer to tutor the members of the Thai Blind Orchestra. She's been playing the violin since elementary school, and now takes the 3 hour ride to Khao Yai every few months to spend a weekend with the 32 visually and emotionally impaired children who showed her the meaning of determination. When not fretting over school or how the Violin 1 section held their bows, Peach can be found turning over rocks, looking for beetles and moths, or jamming to video game soundtracks. She has lived in Thailand all her life.

Praya Nataya Lundberg is a well-known half-Swedish, half-Thai actress/model in Thailand. She completed her high school education at NIST and went on to continue her studies in the United Kingdom. She has starred in over a dozen Thai television series, as well as several films and endorsements. Praya will talk about growing up in a multicultural society and how this has shaped her in becoming who she is today. Her would like to motivate youth to dream big and believe in their dreams.

Drama is often a course taken as an option, it is hardly thought about with complete seriousness by those who are not already immersed in it. There aren’t many people who think of it as “necessary” or “useful” for anything except entertainment and self-expression, however it is an amazing tool for prepping anyone for the difficulty of the future. Sila is a sophomore at NIST International School. As a child, she lived in Washington DC and moved to Bangkok, Thailand at the age of 6. From elementary school, she has been involved in productions and has developed a love for the performing arts. She has taken part in the performing arts with backstage assistance, acting and directing. Her love of drama also transcends to reading different scripts and watching many performances. Along with theatre, she also loves dance, creative writing and film.

From Bombay to Bucharest to Bangkok, Vaibhaw Ladha is a student at NIST in Thailand. He has diverse passions, ranging from sports, robotics, MUN and entrepreneurship. As a third culture kid Vaibhaw inspires us to get out and discover the world in order to expand our international-mindedness.

As a NIST International School student, Yana has a great passion for service learning. Yana is a Thai with an American citizenship and has lived in Thailand for 12 years. After her neighbor saw an abandoned pug dog at the Veterinary clinic one day and adopted him, Yana has always been touched by his loyalty, cuteness and ability to make her smile even through the toughest of times. Yana has since realized that unexpected things come into life for a reason. She realized that an animal's life is worth more than one may think. Let her inspire you with her story. 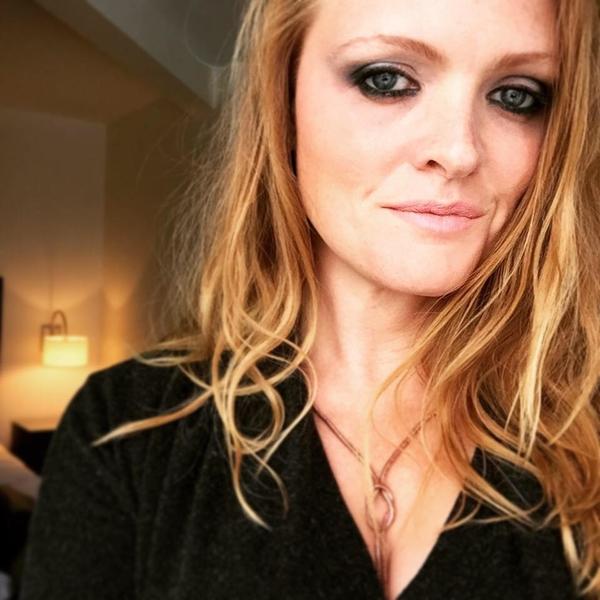 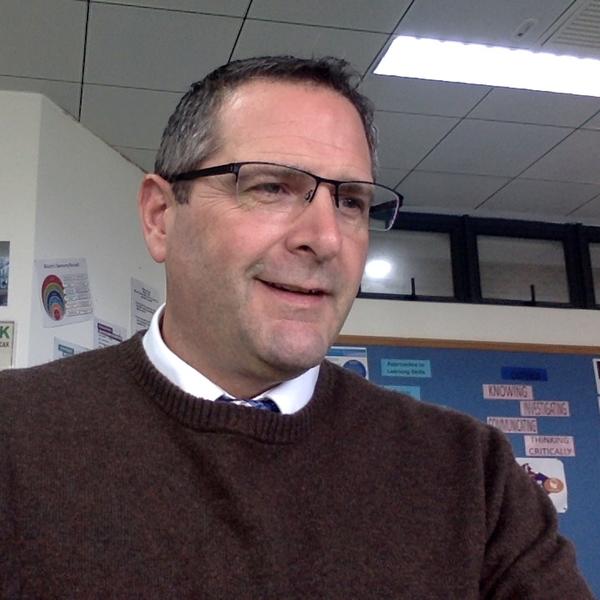