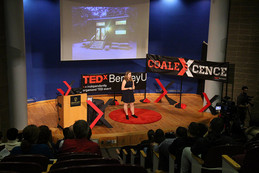 At Bentley University, students and faculty/staff are readily engaged with a business-centric curriculum on a daily basis, but as educators world-wide have discovered, business is best taught when integrated with academic areas like STEM, the liberal arts, and social sciences. With the advocacy of pedagogic innovators, we can demonstrate our leadership in this educational fusion and share these unique attitudes and ideas with our students and peers by collaboratively hosting a TEDx event at Bentley. The lasting impression and exposure of these talks will not only shape and reach the minds of millenials and future business leaders on our own campus, but people all over the world.

Brian Regan is a junior finance student at Bentley University. Earlier in his college career, Brian was involved with the Bentley Microfinance Group, where he published a paper in the inaugural edition of the Bentley Microfinance Review. He later on became a founding member of Axuda, a nonprofit organization that is presenting individuals with the prospect to be brought into mainstream finance via crowd-source, interest-free loans.

Don Khoury is a nonverbal communications expert, and adjunct professor of marketing at Bentley University. Over the past 10+ years, he has used his expertise in non-verbal communication to formulate an algorithm that can predict high-profile elections with 93% accuracy. Don’s skills have been sought by numerous clients – including Guardian Financial, the Bank of Nova Scotia and Royal LePage– to develop training programs in nonverbal communication, team building and strategic planning.

The director of Bentley's professional sales program, Jim Pouliopoulos, has been a marketing lecturer at Bentley for the past 13 years. With a passion towards helping companies increase their efficiency - Jim's teaching and consulting work is focused around developing strategic marketing, marketing research, sales effectiveness, and interpersonal communication skills to take business leaders' and their team's performances to the next level.

Named America’s #1 Young Entrepreneur by BusinessWeek, and recognized 4 years in a row for making it into the Inc. 500 | 5000 fastest growing independent companies in America, Johnny Earle started his business by selling t-shirts out of the trunk of an ’89 Toyota Camry when he was 19. Since that time, the Johnny Cupcakes brand has grown out of his sedan, and into the multimillion dollar apparel company it is today.

Originally from San Pedro Sula, Honduras, Jose Gutierrez came to the United States in 2010 to pursue his degree at Bentley University. During his time as a student leader and school spirit enthusiast, Jose quickly learned that connecting with his peers on a humanistic level was key to fostering a mutually supportive environment. Jose used the lifelong relationship he established to facilitate his transition from college student to full time employee.

Julian “J.R.” Jackson is the founder of JRSportBrief – a YouTube channel which has accumulated over 74 million views and 1600 videos since 2009. By turning a love for sports, media, and the internet into a fulltime career, J.R. built a strong online brand for himself. As a result, J.R. is now a frequent contributor for CBS Sports and HLN TV, reporting on major sports events and interviewing celebrities such as Kobe Bryant, Manny Pacquiao, and Kevin Hart.

Kevin Colburn is the COO and VP of Engineering at Terrafugia, which is developing a street-legal flying car that converts between flying and driving modes in under a minute. He has program management, product launch, and team leadership experience in a variety of industries. Along with his start-up experience as a co-founder of Orca Energy, he has also held management positions at both Azure Dynamics and Blu Homes.

In 2014, shortly after graduating from Bentley, Laura Yates started the Little Leaf Project: a mission by which she designed and constructed her own tiny house. Now studying at Indiana University, Laura is pursuing her M.S. in Environmental Science and M.P.A. in Energy and Sustainable Development. With her strong commitment to green policy, Laura aspires to transform Indiana into a hotbed for ecological community and enterprise – all while living in the back of a mobile, trailer-sized home.

Liz Brown is a nationally recognized expert on career choice and reinvention, the author of the Amazon best-seller, Life After Law: Finding Work You Love with the JD You Have, and an Assistant Professor of Business Law at Bentley. She has practiced law in San Francisco, London, and Boston, advising senior executives at Fortune 500 companies on legal strategies and managing multi-million dollar cases as a litigation partner from beginning to end.

Marianne Kulow started off as a Boston litigation attorney before joining Bentley as a law professor and chair for the law, taxation, and financial planning department. Marianne, who has earned two international teaching awards, has developed and taught 3 courses on the laws that impact minority groups. She has also published on various aspects of discrimination law - with her current research focused on critiquing, and suggesting, legislative reforms to better achieve workplace equity.

Tim Frick is the owner of Mightybytes, a digital marketing company that is certified Illinois B Corp committed to ecological responsibility. He is also the board president of Climate Ride, a nonprofit that holds charity events for environmental causes. To complement his work, Tim has authored multiple academic texts of media and marketing - including Managing Interactive Media Projects plus two edictions of Return on Engagement: Content Startegy and Web Design Techniques for Digital Marketing from Focal Press.

After his and a business partner’s company (Three Dimensional Interconnects Incorporated) was purchased in 2000, Victor Zaderej joined Molex’s Solid State Lighting Group as its Manager of Advanced Development. As a result of his work regarding MIDs, Victor has accumulated 38 patents within several fields including: electronic packaging, thermal management, electrical interconnects, energy conservation, and solid-state lighting. 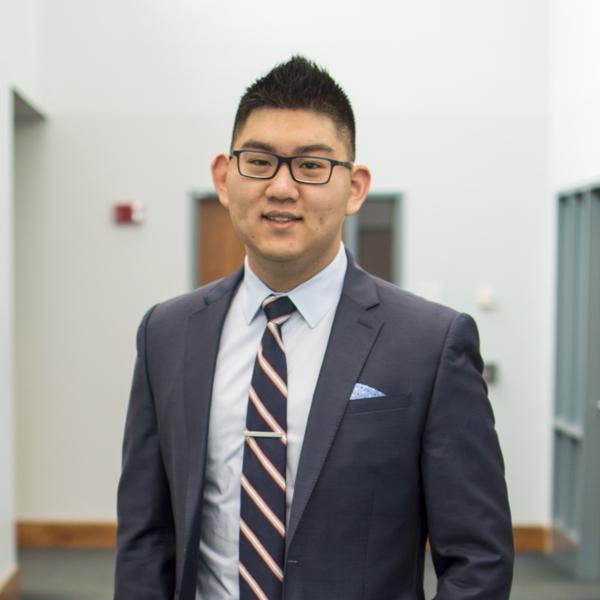