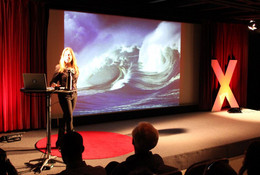 TEDxGeorgiaStateU is bringing a collection of talks focusing on changes within ourselves, our communities, and our world. Speakers will be addressing topics such as beauty, gender roles, the environment women in science, and resistance to change.

Anneliese A. Singh, Ph.D., LPC, is a queer, Sikh, South Asian American who was politicized in the deep South. She has a long history of street-level activism and community organizing in HIV/AIDS, reproductive justice, immigrant rights, and safe schools advocacy. Anneliese is an associate professor and counselor educator in the Department of Counseling and Human Development Services at The University of Georgia and a licensed counseling psychologist and professional counselor. In 2009, Anneliese co-founded the Georgia Safe Schools Coalition to work intersectionally on reducing heterosexism, transprejudice, racism, and other oppressions in Georgia schools. Soon after, she founded the Trans Resilience Project in order to translate her research findings on trans* people’s resilience to oppression into practice and advocacy efforts. Anneliese passionately believes in the power of compassion and healing for justice and liberation.

D. Edward Perry has starred in stage plays, performed stand-up comedy, delivered various speeches and hosted numerous events. His unique voice and comedic edge are tools he uses to share personal stories and captivate his listeners and give them a different insight. The 20 year old’s delivery method allows him and his audience to connect on another level. His passion to edify audiences has brought him to GSU to study Journalism with a minor in Speech. Ultimately he is pursuing a career that will allow him to have a platform to engage with billions of people while sharing edifying messages with a touch of laughter. Edward credits his favorite comedian Steve Harvey, and pastor Bishop Paul S. Morton as his major influences. However, he says the ones who deserve the most recognition in his life are “my amazing and inspirational mother-dearest, my virtuous woman Janicea, but most importantly my God.”

Daniel Carlson is an Assistant Professor of Sociology at Georgia State University. His scholarship examines variation across gender, race, and class in individuals’ life experiences and circumstances and the consequences of this variation for well-being and inequality.  This general interest has resulted in three areas of research. The first examines the causes and consequences of the gendered division of labor in families. The second involves understanding the consequences of life course transitions for the health of adolescents and adults . The third explores race and class differences in family formation experiences and orientations and the consequence of these for well-being and health disparities. His research has been published in prestigious, highly respected journals with diverse, international audiences, including Journal of Marriage and Family and Journal of Youth and Adolescence, and has been featured in the New York Times, Washington Post, and Time Magazine.

As founder of Enclaria, Heather Stagl equips individuals and teams to influence change at work through individual coaching, team workshops, and training programs. Heather is a blogger and radio host of the "Influence Change at Work" show on BlogTalkRadio. She is the author of 99 Ways to Influence Change and the change management toolkit, the Irresistible Change Guide. After moving to Atlanta, she conducted a research and training program on strategy execution at Balanced Scorecard Collaborative. She holds a Bachelor of Science in Industrial Engineering from Northwestern University and an MBA in Leadership and Change Management from DePaul University. Heather completed coach training at The Coaches Training Institute. She was the 2011 Chair of Organization Change Alliance, a learning community of organization development practitioners in Atlanta.

King Williams is both a New York City and Atlanta based filmmaker, who from 2011-2012 interned under the tutelage of director Spike Lee. Williams is currently working on 3 separate projects: his debut film, ‘The Atlanta Way’ due this summer, his film blog ‘Free Film University’, and a debut novel to be released in fall of 2015. Williams is also public speaker who has spoken for organizations such as the national non-profit Year Up, AID Atlanta, Teach for America and Harvard University to name a few. Additionally, Williams has been featured in a variety of publications including City Lab from The Atlantic magazine, Next City, Creative Loafing, Urban Newsroom and The Brooklyn Quarterly among others. With a passion for community engagement, Williams also splits his time to support the non-profit My Birthday Fundraiser in NYC and his father's business Edwin Williams Music focusing on Jazz appreciation.

Lydia Criss Mays, Ph.D., is the founder and owner of See Beautiful (www.seebeautiful.com) and a children's book author. She was an elementary school teacher and college professor; both careers fueled her passion for empowering others. Her research, community and policy work focus on equity, social justice and care.

Malcolm Sawyer is a student at Georgia State University. Driven mostly by curiosity, introspection, and a strong will to encourage others, Malcolm has managed to start a socially conscious #SmartWear brand while pursuing his degree. “I started Lyftd with the intention of creating merchandise that was inspiring yet fashionable and well designed.” In his free time, Malcolm loves to read books and learn new things, with hopes of feeding the perpetual hunger of his curiosity.

Nicole E. Cabrera Salazar was born in Santiago, Chile and grew up in Miami, Florida. A first generation college student, she received her Bachelor's degree in Physics from Georgia Tech in 2009. Now an astronomy PhD student at Georgia State University, Nicole spends part of her time collaborating with the Institute of Planetology and Astrophysics of Grenoble (IPAG) in France. She is also a recipient of the NSF Graduate Research Fellowship and the Chateaubriand Fellowship, which allow her to continue her international research on exoplanets orbiting young Suns. Nicole will be speaking about the importance of making STEM more inclusive of women and minorities, not only from a social justice perspective but also as a boon to the U.S. economy.

Pam Longobardi’s parents, an ocean lifeguard and Delaware state diving champion, connected her from an early age to the water. She moved to Atlanta in 1970 and saw her neighborhood pond drained to build the high school she attended. Her artwork involves painting, photography, and installation and addresses the psychological relationship of humans to the natural world. In 2006, she founded the Drifters Project, an international collaborative artistic research project focusing on ocean plastic pollution. In 2013, she won the prestigious Hudgens Prize and, as lead artist on GYRE expedition, she was featured in the National Geographic film “GYRE: Creating Art From a Plastic Ocean” and in National Geographic magazine. In 2014, Longobardi was awarded the title of Distinguished University Professor at Georgia State University, and has been named Oceanic Society’s Artist-In-Residence.

Piet Martens was born and raised in The Netherlands. He came to the US in 1984 starting as a postdoctoral associate with NASA. Working for NASA was the fulfillment of his childhood dream. Piet married Kathleen, a teacher and university lecturer on social equity and literature in 1987, and together they lived in the Washington area, Cambridge MA, Palo Alto CA, Argentina, Japan, The Netherlands, beautiful Bozeman MT -- where they mostly raised their kids -- and now in diverse Atlanta. Piet and Kathleen have five children, two of them biological, three adopted, one at age six from an orphanage in Russia, and two African American children, adopted as babies in the US. Piet and Kathleen both consider their multiracial, multinational, and multicultural marriage and family as the most important element in their lives, which has provided them most opportunities for personal growth and improved insight in matters of equity, justice, and race relations.

Born in Tanzania of East Indian parents and raised in Zambia, I came to the United States at age 18, on my first solo flight, with two suitcases packed with all the things I anticipated I would need for the college experience. Although I can no longer fit my belongings into two suitcases, the truth of who I am has remained the same through the years. I look for the funny in everyday life and often consider stand-up comedy the career that got away. Some other details, or what I consider to be clothes I’ve worn over my true self, are elementary school teacher and (currently) university professor of multicultural teacher education. 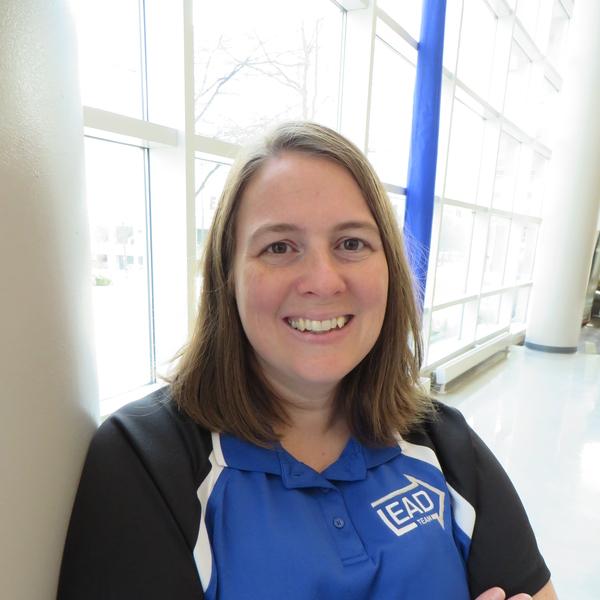