Life Out of the Box

Quinn Vandenberg, from Carmel, California, earned a BA in business at University of California, Davis. Jonathon Button, from San Francisco, earned his BA in business at the University of Hawaii. Both are graduate students in the OSU Masters in Entrepreneurship program. In 2012, they moved to Nicaragua to start the venture Life Out of the Box, which has helped children and artisans around the world.

Aavron Estep was born in Heidelberg, Germany, to a U.S. Army father and a native German mother. He previously studied microbiology and also worked in the oil industry. After an injury, he returned to study mechanical and aerospace engineering and business. Aavron is leading an OSU project looking at developing technology to create 3D-printed rovers on Mars.

Al Saloha is a master’s student studying for certification in information assurance in the Department of Management Science and Information Systems in the Spears School of Business. A Palestinian born in the United Arab Emirates, Al grew up in New York and now calls Stillwater home. As he puts it, “That makes me a refugee, Emirati, Yankee Okie!” His poem is titled “My Heart Bleeds.”

F. Bailey Norwood is a teacher, advisor and researcher in the Department of Agricultural Economics at OSU. A South Carolina native, he attended Clemson, Kansas State and North Carolina State universities in his journey toward a Ph.D in economics. He has published a textbook, a novel, two books on controversial agricultural issues and numerous scientific journal articles.

Ben Myers is a freshman studying computer science. Born with a rare birth defect called Moebius Syndrome, he has been teaching disability advocacy for seven years. Coming from the Dallas area, Ben says he is proud to say that he ditched those Cowboys for the right ones. He enjoys puns and, due to his short arms, T-rex jokes.

David Neto is a graduate student in the OSU Physics Department. His interests lie at the intersection of particle physics, astrophysics and cosmology. His Erdős number is 1729.

OSU Assistant Professor of Theatre Jodi Jinks was awarded the Mary Lou Lemon Endowed Professorship in 2014 to support her work with ArtsAloud-OSU, which devises performances with prison populations and university theatre students. Before her university teaching career, she worked as an actor on Broadway, in the Regions and on film. She is a member of the Rude Mechs Ensemble Theatre in Austin, Texas.

A sophomore from Mannford, Oklahoma, Macy Gleason is majoring in secondary education with an option in science. She is currently in the Honors College and is finishing her general honors award this semester. Macy is active on campus and involved in the Baptist Collegiate Ministries. She also works for Housing and Residential Life as an academic mentor.

Rhonda Lawes is an educational psychology Ph.D. student in OSU’s College of Education. She is from Tulsa and is a registered nurse. Her personal story has driven her research interests in the study of motivation, readiness for change, and the impact of mindset on success.

OSU alumnus Richard Greenly is a geologist with more than 33 years of experience with fluid movement. In 2008, he and his wife, Terri, started Water4, which has provided a clean supply of water to around one million people in the developing world. The Water4 goal is to eradicate the world’s water crisis for the bottom billion. Richard is president of Pumps of Oklahoma.

Susan Little, Regents Professor of Parasitology at OSU’s Center for Veterinary Health Sciences, is passionate about improving the health of pets and people by understanding and controlling parasites and vector-borne diseases in dogs and cats. Little has authored more than 100 publications on veterinary and human parasites and tick-borne disease agents. She is also recognized as an outstanding veterinary medicine teacher.

Suzy Harrington is the first dedicated university chief wellness officer in the nation, providing strategic wellness coordination for America’s Healthiest Campus®, which includes nine OSU/A&M campuses and 77 Oklahoma county extension offices. The goal is not only increasing the health and well-being of the OSU family, but ultimately, in collaboration with state entities, to improve wellness for all Oklahomans.

Toni Brinker Pickens is founder of Economic Partners Investing in Communities in Dallas, which focuses on neighborhood revitalization through the transformative effect of increasing public safety. She is also the founder of the public-service campaign Operation Blue Shield. In 2014, Toni married T. Boone Pickens. The two are involved in numerous political, business and philanthropic efforts.

William Paiva is the executive director of the Center for Health Systems Innovation, which has a mission to develop innovative solutions that improve rural health care and extract value from the largest relational health care database, Cerner Health Facts. Prior to joining OSU, William worked in the venture capital, investment banking and pharmaceutical industries. 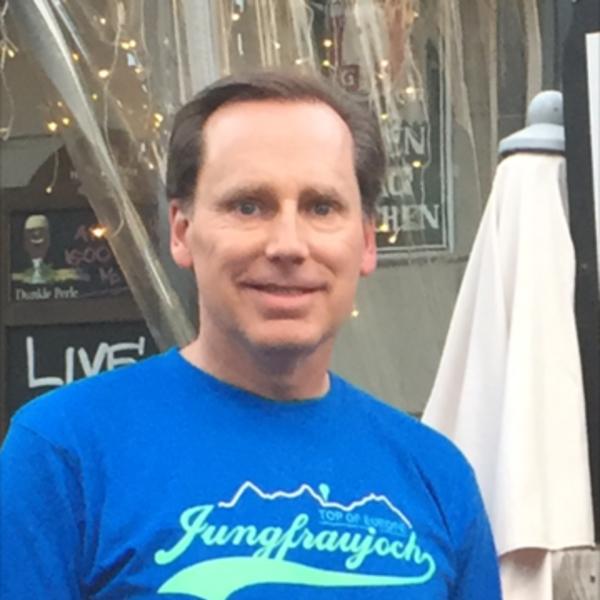