TEDx University of Dundee is a student-led TEDx event, aiming at inspiring new ideas and enhancing creativity among university students and within the general public in Dundee. The upcoming event in 2015 is the first TEDx University of Dundee event. This conference is organised by a group of students and staff advisers from enterprise gym. The theme of our event is ‘Make a difference’. Outstanding speakers will be addressing an enthusiastic audience with inspiring talks.

Born and raised in the city of Dar Es Salaam, Tanzania, Aliraza Somji completed his high school education at The International School of Tanganyika. Growing up in a country where oral health problems are ubiquitous and solutions scarce, Aliraza felt a growing desire to make a difference to this health sector. His developing awareness of the number of people suffering from harmful oral diseases and his keen interest in biology led him to pursue dentistry at the University of Dundee. Aliraza has climbed the legendary Mount Kilimanjaro and participated in The Hague International Model United Nations (THIMUN) conference in 2013 where he engaged with delegates from different parts of the world. Aliraza was also president of a local community called Roots and Shoots, inspired by Dr. Jane Goodall. He has also initiated the Facebook page Acts of Kindness Tanzania, a project where he and a few friends aim to better the lives of the needy and homeless in his hometown Dar es Salaam.

Caroline is a freelance consultant in the creative industries and skills, and a professional photographer. Caroline was Director of Film, TV, Music, Creative Industries & Skills at Creative Scotland for four years between until August 2014. Prior to this she was Director for Creative & Cultural Skills from 2005 to 2010 in Scotland & NI. Immediately prior to joining CCSkills, she ran her own photography practice, Focus 7 (Scotland) Ltd, and provided consultancy to Scottish companies using design to enable business transformation. She also established her bespoke ladies fashion label ‘Strange But True’. Caroline is a singer and plays piano and started her own band at 17. She also studied ballet, ballroom and gymnastics, and at 14 became a Scottish Squad Rhythmic Gymnast and later, one of the coaching team and Choreographer for her local club and Squad gymnasts. She is a published and exhibited photographer with her most recent exhibition of the Grand Canyon and the Holyrood Parliament.

Emanuele Trucco is the NRP Chair of Computational Vision in the School of Computing, University of Dundee, and an Honorary Clinical Researcher at Ninewells Hospital and Medical School. His 30-year research has covered applications of computer vision to manufacturing, subsea robotics, immersive videoconferencing, and medical image analysis, funded by UK research councils, EU programmes, charities and industry. Current medical image analysis research includes the VAMPIRE initiative (Vessel Assessment and Measurement Platform for images of the REtina), an international collaboration of 10 image processing and clinical centres which he co-leads with Dr Tom MacGillivray (University of Edinburgh). Emanuele has published more than 160 refereed papers and co-authored two textbooks, one of which ("Introductory techniques for 3-D computer vision", with Prof Alessandro Verri of the University of Genova, Italy) has become an international standard (2,516 citations, Google Scholar March 2014).

Josie Booth is a Chartered Psychologist and Lecturer in the School of Psychology at the University of Dundee. Josie was awarded her PhD in Psychology from the University of Strathclyde and following this, was employed as a postdoctoral researcher within the Physical Activity for Health group. Josie’s research focuses on child development, with an emphasis on cognition and educational attainment and the role of physical activity and health. Physical activity interventions are also a focus of Josie’s work and the role that physical activity can have in addressing inequalities in society.

Kirsty Miller is a post-graduate student at the University of Dundee specialising in social and health psychology. Having previously worked in a variety of jobs, including running her own business, she returned to education where she gained a Masters in Psychological Research Skills. Kirsty has a strong interest in teaching and educating, and alongside working with university students, she also enjoys sharing her knowledge of science with school children in her work as a STEM Ambassador. Kirsty’s current research investigates the link between social factors, health and behaviour in adolescents, and she hopes to continue to develop her work with young people to improve their well-being and quality of life.

Lorna Gibson is the Scotland Coordinator for Code Club (a non-profit which supports schools and other venues to run coding clubs). With a background in human-computer interaction, accessibility and child-centred design, she knows first-hand the impact technology and technological innovation can have. She feels strongly about young people having the opportunities to find out and try out as many diverse activities as possible. Code Club is one of these opportunities and consequently she has been running her own Code Club since January 2014. She is also an Honorary Researcher at the School of Computing at the University of Dundee supporting their outreach work among other things. Previously she has spent a number of years as a researcher publishing on a variety of topics but always focused on where technology can transform an experience, a situation or peoples’ lives.

Matthias Klaes is Professor of History and Philosophy of Economics. He studied electrical engineering, economics and management at the Universities of Darmstadt, Paris and Edinburgh. Much of his research has looked at the historical, methodological and philosophical aspects of economics and related business disciplines. Prior to joining Dundee in 2013, he held the Chair in Commerce at Keele University (since 2005). He has also worked at the Institute for Philosophy and Economics at Erasmus University Rotterdam, and as a lecturer and then reader at the Universities of Keele and Stirling. He has recently spent some time at Duke University as a Leverhulme International Academic Fellow and is academic lead investigator in a major European ‘Horizon’ project focus on crowdfunding renewable energy projects.

Sean Talamas is currently a PhD Candidate at the University of St. Andrews. He earned a Masters in Psychology and another Masters in Teaching both at Austin Peay State University. He completed all of his Education while serving as full-time Active duty in the US Air Force in a combat career field known as Tactical Air Control Party. He got the opportunity to attend some of the most challenging and rewarding training courses the military has to offer including Airborne, Air Assault, and Survive, Evade, Resist, and Escape (S.E.R.E) courses. His personal journey has made him aware that obstacles are often simply complex challenges to find solutions. His research investigates individual differences like the personality and intelligence of educators and its influence on perceived intelligence of students. His interests in this area stems from a belief that we must uncover potential limitations to proper mentorship so that educators can impartially educate regardless of first impressions.

Professor Sue Black is Director of the Centre for Anatomy and Human Identification in Dundee, and Deputy Principal. She is a forensic anthropologist and an anatomist, founder and past President of the British Association for Human Identification, and advisor to the Home Office and Interpol on issues pertaining to forensic anthropology in disaster victim identification (DVI). She was awarded an OBE in 2001 for her services to forensic anthropology in Kosovo, the Lucy Mair medal for humanitarian services, a police commendation for DVI training in 2008, Hon Prof of Anatomy for the Royal Scottish Academy in 2014 and the Fletcher of Saltoun award for her contribution to Scottish culture also in 2014. She was awarded both the Brian Cox and the Stephen Fry awards for public engagement with research and in 2013 her Centre was awarded the Queen’s Anniversary Prize for Higher and Further Education. Her research was shortlisted for the Times Higher Education research project of the year.

Tim Newman is Professor of Biophysics and Dean of Engineering, Physics and Mathematics at the University of Dundee, UK. Tim studied theoretical physics at the Universities of Oxford and Manchester, and then pursued research in complex systems as a postdoctoral scholar in Europe and the US. Since 2000 he has applied theoretical physics ideas to the life sciences and, prior to moving to Dundee in 2011, he held academic positions at the University of Virginia and Arizona State University. His research has covered many different biological scales, from ecology to embryo development to cell and molecular biology. His current research is heavily focused on cancer progression. From 2011-2014 he served as the Editor-in-Chief of the journal Physical Biology. He has served on numerous panels and boards in the US and the UK and continually strives to nurture interdisciplinary research and education at the interface between the physical sciences and the life sciences. 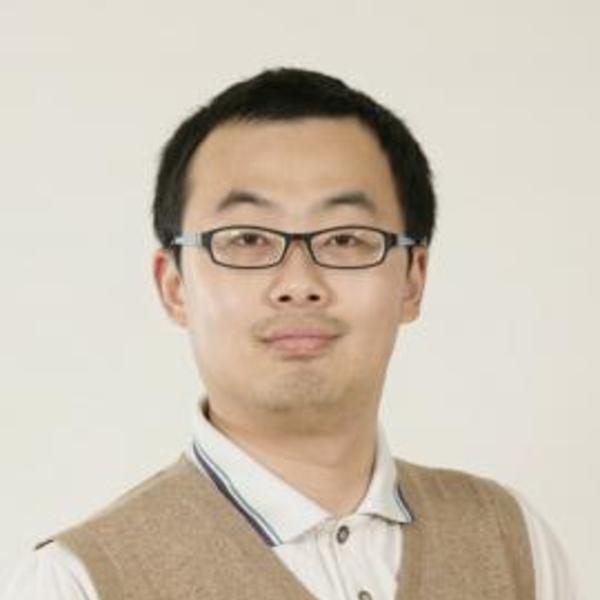