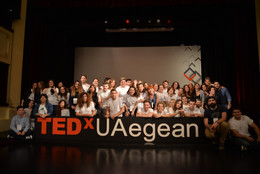 TEDxUniversityoftheAegean was organized for the first time in Syros as well as in the broader area of the Cyclades islands . It is also the first TEDx organized by the University of the Aegean which makes us very proud as the organizing team.

Our goal is to introduce TEDx and to make it well known to the University community as well as to the society of the Aegean islands.

Despite the limitations imposed by the size of the local community, the means and resources that can be put in use, TEDxUniversity of the Aegean will try to prove that similar initiatives can be realized as long as there are people that support them and believe in them.

And of course the starting point is our desire to contribute to the spread of ideas worth spreading.

Blood Ties is a Giannena-based duet, that combines piano melody and synthe sounds with the rigour of the base, in order to create a sound that can excite and inspire. Through known tracks remixes try to give their point and sensitivity, maintaining unaltered the element called melody. Panos - Keybords Thanasis - Bass

Theodore is a Greek composer, songwriter and performer, who despite his young age has managed to leave his mark on the international music scene. Influenced by the British rock and post- rock scene, he combines the natural sounds of instruments with electronic ones and also music with theater. By alternating between light and darkness, chaos and balance, he creates a unique audiovisual experience. Theodore

Alexandros Didaskalou has founded and is actively managing Designlab, a design company offering design & development services regarding industrial and consumer products, user experience and interactive interfaces and systems, all commonly fostering applied innovation. From strategic brand and design innovation consulting and training, to international publications and creative research, Alexandros is an active designer, innovator and mentor.

Elias Castanas is professor of Experimental Endocrinology at the University of Crete. He has been specialized in the fields of Endocrinology-Metabolism, Molecular and Cellular Biology. His special research interests include the modulation of the proliferation of hormone sensitive tumors, by the use of biologically active substances (steroids, peptides and analogs, antioxidative polyphenols). Having spent years in the medical field, Dr. Castanas knows well the ups and the downs, the perks and the losses of being a laboratory scientist. Throughout his carrier he has succeeded a number of times in bringing out research achievements into the real world.

Georgia Vamvounaki-Rafan was born in Chania, Crete, and grew up in Athens. She studied Classical Philology in Athens and London. She taught in middle education for 25 years in Athens and Chania. For a number of years she also taught ancient and modern greek in Edinburgh and Glasgow, while actively participating in the greek-speaking communities’ cultural events. She is a playwright (no published works yet), she has published articles in newspapers and magazines, and has published a book titled “Achilles’s Exile” (‘Ξενητεία Αχιλλέως’). In 2003 she opened the pilot Myrtilo Cafe in Athens. She has three children, Mary, James and Demian.

Georgios Glinos is a physicist, an astrophysicist, a telecommunication and data networks expert, a manager, a business owner, a traveler, and a chef. After years of exercising everyday carriers, he changed his mind and followed a more dynamic profession that includes his favorite hobby, to travel. He travels and sees daily new places, leaving behind delicious flavors as his remark. He now owns a well-known known truck - cantin called Food Truck, which is the first not to work in one spot and offers a kind of street food called gezlemedes( “γκεζλεμεζέδες”).

Mylonaki Kalliope (Kalia) is a Psychologist from Crete, with specialty in Clinique and Social psychology, and training on systems thinking and therapeutic practice. She works with groups, individuals and families, and helps adults, teenagers, and children with developmental disorders, difficulties with stress and fear management and similar conditions. She is interested in children’s psychoeducation, creative pastime, and parent advisory, support of children with malignant diseases and their families, and teenage psychotherapy. Aside from her work, Kalliope is interested in theatre, music, reading, and participating in contemplation group sessions.

Kostapanos is an organized young man who can be trusted with even the most challenging projects. Having grown up in AIESEC and TED, he currently graduated from ‘Business Administration’ at AUEB, whilst specializing in Project Management. Founder of the Social Entrepreneurship Startup ‘GloVo’- Global Volunteers Platform-, he is passionate about Events as an experience stager or storyteller, communities building, networking, and backpacking. Working hard to capitalize his creativity to metabolize our world into a better shape.

Panos Pachatouridis manages Google’s Strategic Partnerships in SE Europe and Sub Saharan Africa. He is driving growth for Google’s most premium publishers in markets hammered by economic, social and political turmoil, as well as building sustainable internet ecosystems. Prior to his current role, Panos has shown a unique mix of both corporate and entrepreneurial experiences. He went from working for the UN and private wealth management departments, to founding Media Society, the first TV ad localization company in Greece. Born in Peristeri, Greece, Panos is an Ivy League graduate, as he studied at the University of Pennsylvania and he holds his master’s degree from the Cass Business School.

Sofia Kolotourou is a Cytology doctor. She works actively on hearing problems and especially metalinguistic deafness, from which she suffers herself. She has lost her hearing completely, yet not the ability to speak. She communicates by lip reading and answers by speaking,. She speaks to high school and university students about issues regarding hearing problems, especially metalinguistic deafness. She has created a facebook page for discussions on hearing problems called “ΚΟΥΦΟΧΩΡΙΟ” (Deaf-village); and is a co-founding member of the association «Ακουστήριξη – Κίνηση για την προσβασιμότητα κωφών και βαρηκόων με προφορικό λόγο » (Hear-support- Movement for the accessibility of deaf poor hearing people)

Timothy Kurek is a passionate writer, tackling some of the front burner issues of our day. His unrestrained style of immersion lends a uniquely empathetic perspective, engaging his audiences with empathy, humor, and refreshing candor. Through his work he unravels a tale of self-discovery, and the perks of questioning ones’ own beliefs. Dedicated to opening the eyes of the broader public to issues of social justice and equality through the medium of story, Timothy shows the way to new ways of thinking and believing.

Vasiliki Pavlidou is an astrophysi¬cist from Greece, usually seen horri¬bly jet-lagged and/or generally sleepless, dragging a red carry-on and a toddler around the world, together with also as¬trophysicist husband of hers. She studied Physics in Thessaloni¬ki, Astronomy in Urbana, IL, worked at the University of Chicago, Caltech, and the Max-Planck Institute for Radio¬astronomy in Bonn. She has finally settled in Heraklion, at the Physics Department of the University of Crete, where she teaches and continues to study the universe as part of the all-star Skinakas Observatory astro group, while watching winter happen to other people 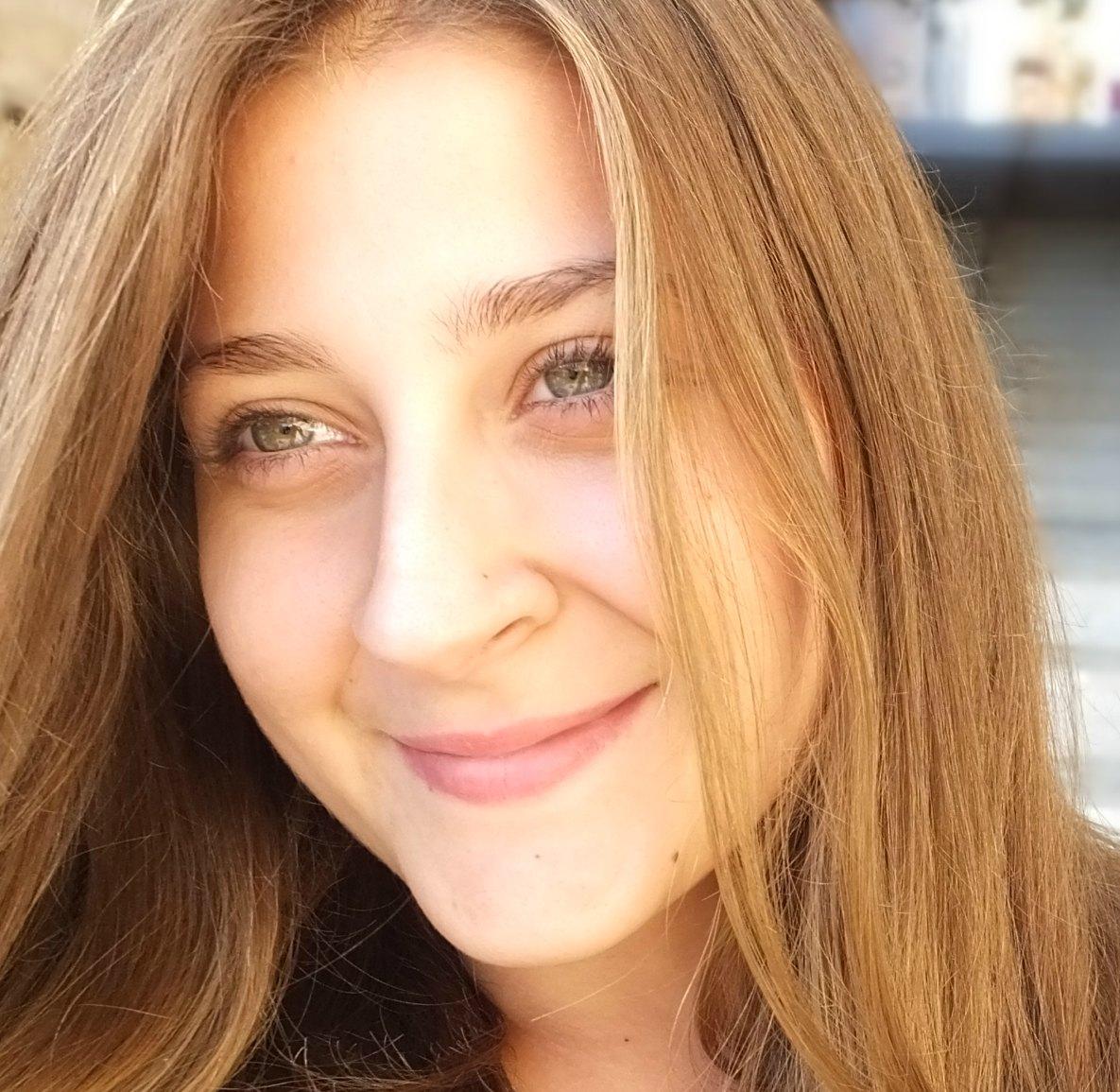