Theme: Way into the future 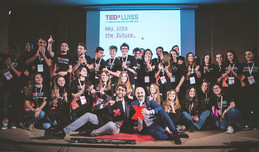 The event is a unique opportunity for both audience and speakers to share their ambitions for our collective future. Speakers will present their forward- thinking ideas and all participants will leave the conference inspired and empowered to effect positive change.
TEDxLUISS will showcase inspiring stories and ideas that will help to shape our future. We will bring fascinating and engaging speakers coming together for one day to share their passions and discuss their visions for the world. TEDxLUISS will provide a platform for the brightest minds to be inspired and to inspire others.

Alberto Castelvecchi is a trainer for Effective Communication, Personal Image and Public Speaking. He works in English, Spanish, French with leaders, managers, international organizations all across Europe and the Middle-East. Among his clients there are Banca d’Italia, Poste Italiane, KPMG, AXA Group, and many others. He developed a new methodology for reaching full comfort in communication – based on a unique blend of cross-cultural features. He teaches at at LUISS University in Rome, Italy.

Born 22 years ago in the beautiful Trapani, Alessandro Abbate is the TEDxLUISS Speaker Contest winner. Being deaf since its birth has never been a limit for him, thanks to his incredible desire to learn. Awarded as the best high school student, he is currently graduating in Business and Management at LUISS Guido Carli University in Rome.

Alessandro Politi is a global political and strategic analyst with 30 years of experience. Director of the NATO Defense College Foundation, the only NATO-affiliated NGO think tank. He is senior researcher for the Italian MoD (CeMiSS-Centre for Military and Strategic Studies) regarding the strategic monitoring of Latin America. He also created and leads the Global Outlook project within CeMiSS, recently published in Italian and English (third edition, 2015). He has directed the CEMRES research on CBMs in the framework of the 5+5 Defence Initiative, presenting the conclusions to the Ministers in Granada.. He teaches geopolitics and intelligence at the SIOI. He teaches conflict management, crisis, peace-making and analysis at different governmental centres. He has published 25 books on strategic and security matters.

His curiosity for how we deal with the past shapes his research and teaching interests. He is Co-Director of the Centre for the Ethics of Cultural Heritage and he teaches and researches normative and professional ethics at the Philosophy Department of Durham University, UK. His main interests are philosophy of cultural heritage and archaeology, ethics of stewardship, ethics of museum governance and trusteeship, epistemic injustice and cultural heritage. He shares his passion for these issues with his postgraduate students on the innovative module “Ethics of Cultural Heritage” that he designed a couple of years ago.

In 2012, serial entrepreneur Carla Delfino founded Imperial Europe, an R&D production company that focuses on non-toxic, environmentally friendly, and natural pest repellants. With her outstanding work in this area, she has won a number of awards, most notably the 2014 Cartier Women’s Initiative. She also serves as the Vice President of AIDDA, the Italian Womens’ Business Owner Association. She is originally from Siracusa, Italy, and holds a doctorate in Art History and a bachelors in journalism from LUISS-Prodeo. She s the recipient of the Rotary Foundation Scholarship, which she used to take MFA courses at SMU in Dallas, TX.

Dale Jamieson is Professor of Environmental Studies and Philosophy, Affiliate Professor of Law and Medical Ethics, and Director of the Animal Studies Initiative at New York University. He is the author of Morality's Progress: Essays on Humans, Other Animals, and the Rest of Nature (2002); Ethics and the Environment: An Introduction (2008); Reason in a Dark Time: Why the Struggle to Stop Climate Change Failed--And What It Means For Our Future (2014); and, with Bonnie Nadzam, Love in the Anthropocene (2015)

David Held is Master of University College, Durham and Professor of Politics and International Relations at Durham University. Among his most recent publications are Gridlock: Why Global Cooperation is Failing (2013), Cosmopolitanism: Ideals and Realities (2010), Globalisation/Anti-Globalisation (2007), Models of Democracy (2006), Global Covenant (2004), Global Transformations: Politics, Economics and Culture (1999), and Democracy and the Global Order: From the Modern State to Cosmopolitan Governance (1995). His main research interests include the study of globalisation, changing forms of democracy and the prospects of regional and global governance. He is a Director of Polity Press, which he co-founded in 1984, and General Editor of Global Policy.

Giuseppe Morici is currently President Region Europe of the Barilla Group. He started his career at Procter & Gamble. He moved to Monitor Group, Michael Porter’s consulting firm, and then to Bolton Group. Lastly, he joined Barilla, as General Manager of the bakery division and then as Global Chief Marketing Officer. Giuseppe, Political Sciences degree at LUISS University, Master in Marketing, recently published a book, Fare Marketing Rimanendo Brave Persone, Feltrinelli 2014. He is 45, originally from Umbria, lives in Parma with his wife and their three children.

Luciana Delle Donne is an incredible woman and entrepreneur, protagonist of successes in the banking sector, as demonstrated by the development of the first virtual and multi-channel bank in Italy. However, in 2004 she decided to twist her life. After an experience as a volunteer in Latin America, she came back to Italy with a strong commitment to make something worthwile in Salento, her home region. She founded and currently directs Officina Creativa as well as the social brands “Made in Carcere” and “ER/RE”.

Marcello Di Paola is Research and Teaching Fellow at the Center for Ethics and Global Politics at LUISS University in Rome. He has studied at University College Utrecht and at the London School of Economics, and works on sustainability theory and political philosophy. He is the author of Gardens of Consequence: A Philosophy of Urban Environmentalism (out in 2016), Cambiamento climatico: una piccola introduzione (in Italian, 2015) and the co-editor of Canned Heat: Theoretical and Practical Challenges of Global Climate Change (2014, with G. Pellegrino). His main philosophical concentration is in the role of individuals in the face of global sustainability challenges, and on their search for meaning in a complex, interconnected world. This has fuelled his interest in garden-based urban sustainability – along with the fact that, having been born and raised on a cactus farm, he is also an expert on arid plants and the realization of water-wise gardens.

Marco Ruggeri, graduated in Economics and Business at LUISS Guido Carli University, works for WPP (Wire and Plastic Products) since 2001 and his career was mainly developed in Young & Rubicam. In 2011 he was nominated Executive Director of Scholz & Friends Roma. Since February 2015 he is the Chief Executive Director of Y&R Roma.

Marina Catena is the Director of the United Nations World Food Programme in Paris. After studying Political sciences at LUISS University and being a pioneer ERASMUS student, she started an international career on the frontlines of several modern conflicts serving in war-thorn Kosovo and in Iraq. She then became Lieutenant of the Italian Army (Specialized Reserve) and served in Lebanon as UN blue helmet for the UNIFIL peace keeping operation. She is the author of several books capturing the role of women as an asset to create peace such as “Una donna per soldato” (RIZZOLI). She is also the initiator of the awareness campaign “805 million names” with football champion Zlatan Ibrahimovic and ad agency Forsman & Bodenfors on the World Food Programme’s critical role in fighting against hunger all over the world. In 2009, France awarded her the Chevalier de l’Ordre National du Merite.

Maryse Liburdi is an Internet entrepreneur. She is the Chief Executive Officer and founder of Pokeware, a technology company and ad exchange focused on maximizing the potential of e-commerce solutions and innovation via video content and social media. Ms. Liburdi has been a guest on international television programs on networks including, Fox News, CNBC, and Bloomberg Television. In addition to her work at Pokeware, she is an active member of TechNet.org and World Economic Forum, participating in several regional events advocating innovation economics. She sits on the Advisory Boards of several technology companies. An IFR rated pilot and aviation enthusiast, she incessantly purses novel challenges, embracing all opportunities to learn or develop a new skill. She is an avid runner and competes in the New York City Marathon annually.

Paolo Bonolis is one of Italy’s most known television hosts and authors. He started his career in the eighties when presenting shows for children to then pass on to the variety of shows on prime time both on the RAI and Mediaset networks. Among the most successful tv programmes there were: “Ciao Darwin”, “Il Senso della Vita”, “Chi ha incastrato Peter Pan?”, two editions of the “Festival di Sanremo” in 2005 and 2009, “Affari tuoi”, “Domenica In” and “Avanti un altro” which airs right before prime time on Channel 5 and that he has been conducting since 2011.

Paolo Mirabelli is a drone-maker and a UAV pilot, expert in hardware open-source development related to drones control through Arduino technology. Currently he is committed to utilize UAV drones for 3D scansion. Since 5 years, he deals with low-cost professional digital manufacturing. In 2012, he founded Graphid3a i TecnoArtigiani, from which DroniLab Srls was founded for the production and utilization of Drones, Rovers, etc. In 2014, together with other “dreamers”, he founded the first co-working in Cosenza district, Pro-Working CS. Currently, he is the President of CoderDojo Cosenza and the Vice-President of InNovaTerra.

Fabio Agostini and Walter Mazzei introduce S.A.U.R.O., an innovative type of Multipurpose Skimmer patented by the Italian Civil Protection and planned in collaboration with the Italian Navy, conceived to confront problems related to the pollution of seas and oceans after big enviromental disasters or disasters caused by some kind of human-activities which can release petrol or trash of every kind and dimension into the water. 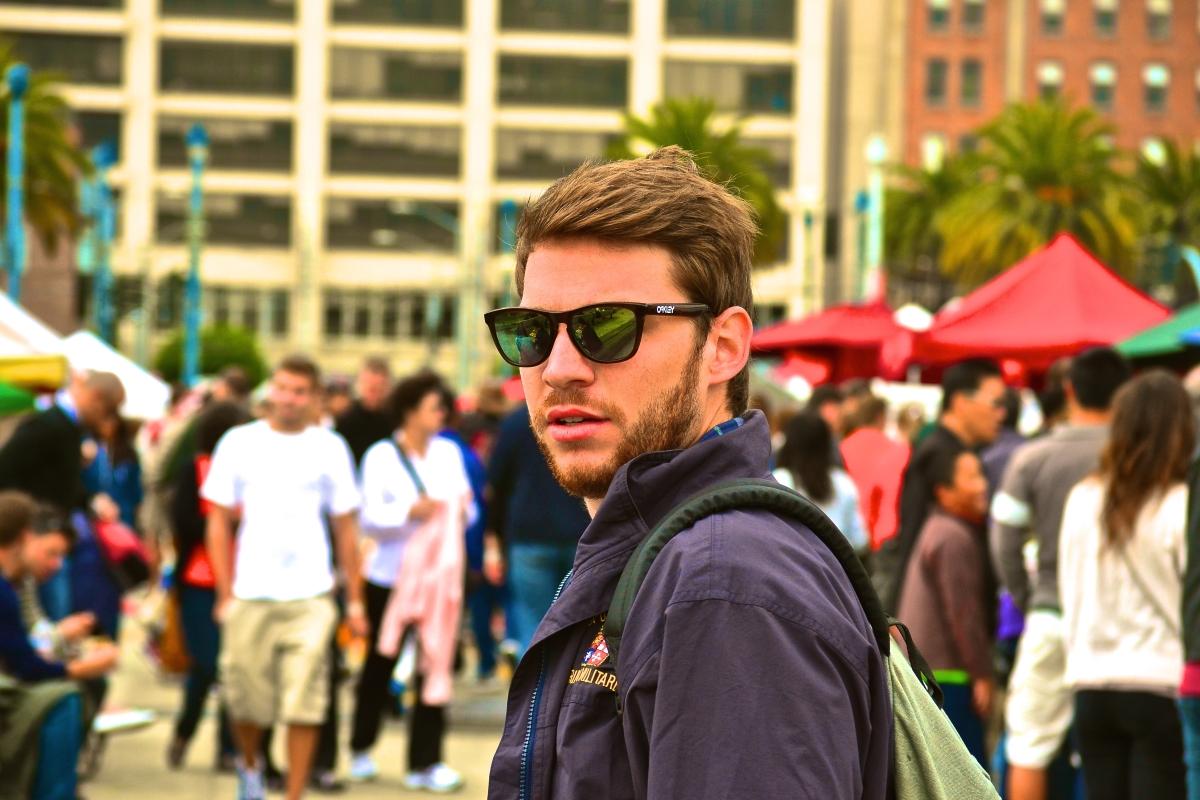 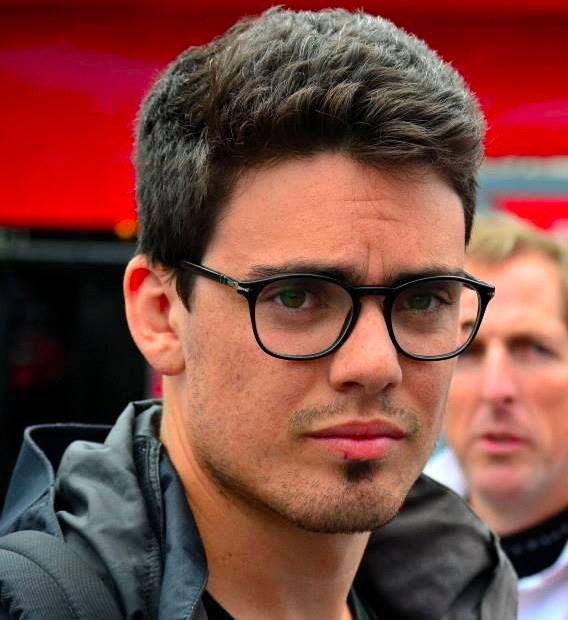