On Saturday, June 25th at 1:00 PM EST, TEDxPhiladelphiaED will open its doors to an extraordinary and diverse audience of just 330 people, for a half-day “brain spa” designed to give deep support to their larger work in the world.

Our programming team has worked hard to fit as many tools and empowering ideas as possible into just 3.5 hours of stage content. To embrace this goal, we’ve chosen to focus our attention on the ideas and solutions which can be adopted by our audience without regulatory, budget or otherwise political interference and delay.

In other words, we’ve endeavored to create an event that is free of divisive and politically framed rhetoric.

We’ve designed a rich, transformational program that any educator, anywhere, under any circumstances can put to use when you return to your universities, districts, classrooms, neighborhoods and homes.

John Hunter puts all the problems of the world on a 4'x5' plywood board -- and lets his 4th-graders solve them. At TED2011, he explains how his World Peace Game engages schoolkids, and why the complex lessons it teaches -- spontaneous, and always surprising -- go further than classroom lectures can.

Sharon has been working with students for nearly thirty years. Beginning in the Napa County Juvenile Offender programs, alternative high school, Youth Employment programs and her last stretch of 23 years was as a Middle School teacher. Winner of several A+ for Education grants she used to create a Classroom to meet the needs of today’s students and the Kid Power program. Her students and classroom were used as the model for Project Based Education at the Global Educator’s conference in London and featured in the Taiwan Commonwealth Educators Journal. In the year 2009, she was named California School Master the oldest most prestigious California education award.

A native of Canada, Matt attended Harvard University where he received a degree in Computer Engineering and Chinese Language. He spent the next eight years of his career at Apple, where he most recently managed Apple’s International Education Market Development group. During that time, Matt spent a lot of time in classroom where he observed the use of technology for learning. In 2009, he decided to leave Apple and start something that would improve learning with technology. He started Inkling, which now provides a growing library of interactive, engaging learning content for iPad, rethinking the very notion of textbooks from the ground up. Matt is Inkling’s CEO based out of San Francisco, CA.

David McConville is creative director of the Worldviews Network, a collaboration of scientists, artists, and educators re-imagining the big picture of humanity’s home in the cosmos. Using immersive environments and interactive scientific visualizations, they are facilitating community dialogues across the US about how our collective actions are shaping humanity’s future. David is also President of the Buckminster Fuller Institute and co-founder of The Elumenati.

Barbara Chandler Allen is a serial nonprofit arts entrepreneur. After managing world-famous art collections at museums at Harvard, in Cleveland and Philadelphia, Barbara retired to spend 20 years at home raising two boys. Volunteering in a start-up charter school kindled a passion to provide access for all kids to a quality public education. She saw a novel solution to keep a vibrant artmaking program in severely needy public schools by partnering with hundreds of K-12 inner city kids to create a sustainable funding stream for art supplies and innovative art programs. In addition, Fresh Artists, through the children’s brilliant art, blasts the powerful message to corporate and civic leaders that all kids can learn and they have powerful potential to change their world. Making invisible kids visible is the mission with the expectation that substantive changes must take place in the way we educate our most vulnerable citizens, our children.

Joyce Kasman Valenza loves her work as the librarian at Springfield Township High School (PA)! For ten years, she was the techlife@school columnist for the Philadelphia Inquirer. Joyce is the author of Power Tools, Power Research Tools and Power Tools Recharged for ALA Editions. (PowerTools Remixed is currently in progress.) Joyce is a Milken Educator, an American Memory Fellow, and a member of the Library of Congress Teacher with Primary Sources cohort. Her Virtual Library won the IASL School Library Web Page of the Year Award for 2001. She has won her state’s PSLA Outstanding Program (2005) and Outstanding Contributor (2009) Awards. Joyce is active in ALA, AASL, YALSA, and ISTE and contributes to VOYA, Technology and Learning, LMC and School Library Journal. Joyce speaks internationally about issues relating to libraries and thoughtful use of educational technology. She considers herself a mother and founder of the school library Geek Tribe, SchoolLibraryWebsites, New Tools Workshop, TLNing, TL Virtual Café, TL Ning, Pathfinder Swap, School Library Websites, and TLGuide.

Zac Chase loves learning. After graduating from Illinois State University, Chase moved to Sarasota, FL where he taught for four years. For the last 4 years, he’s taught students English at Science Leadership Academy in Philadelphia, PA. He’s worked with teachers nationally and internationally through the Freedom Writers Foundation and Education Beyond Borders.

Kristen Swanson is a member of the organizing team for EdCamp Philly. She is passionate about unconferences and quality professional development for teachers. Kristen has served as an elementary teacher, special education consultant, and graduate professor. In 2010, Kristen joined the School District of Springfield Township as the Director of Technology.

Phil Clothier is the CEO of Barrett Values Centre. Their Cultural Transformation Tools are used by consultants and leaders of organisations, schools, communities and governments in over 60 countries. Phil is also a keen student of the belief systems and behaviours driven by love and fear within human groups.

Chris Lehmann is the founding principal of the Science Leadership Academy, a progressive high school in Philadelphia, PA. Chris has returned to his native Philadelphia after nine years as the Technology Coordinator at the Beacon School in New York City, one of the leading urban public schools for technology integration. In 2001, Chris was honored by MOUSE (http://www.mouse.org)/ as a Champion of Technology and Education for his work on building the portal at the Beacon School. Chris has spoken at educational technology conferences all over the world, including the International Conference on Technology and Education in 1998 in Edinburgh, Scotland and at LinuxWorld 2000 in San Jose, California. Chris received his B.A. in English Literature from the University of Pennsylvania and his M.A. in English Education from Teachers College, Columbia University.

Ashara Ekundayo is a visionary educator, a curator, an award-winning community activist, and an entrepreneur working for over 22 years with local, national, and international organizations in the remembrance and reintroduction of ancestral lessons for contemporary audiences in honor of the planet and the people. Deemed a “Cultural Jedi” by her peers, she is the owner of BluBlak Media Consulting, a Fellow with Green For All, and was selected by the Ashoka Foundation and the City of Denver in the U.S. launch of the “Change Your City” Campaign as a social innovator “stimulating the green economy.” Currently, Ashara works with San Francisco-based non-profit, YouthSpeaks, in the strategic partnership development for their annual “Life Is Living” Festival, and also serves as Program Director for the BoldFood Professional Fellowship in Food Security through the U.S. Dept. of State with the social-profit, Critical Mass Leadership Education in the management of an educational exchange delegation of urban farmers from Colorado and their East African counterparts from Uganda and Kenya. She is mother to Ietef and Christian, and grandmother to Selasia.

Christine Weiser is a professional writer and editor, and co-publisher of the literary magazine Philadelphia Stories (founded in 2004). She is co-author of Ask Mr. Technology, Get Answers (Linworth 2007), and is managing editor for Tech & Learning magazine. She was the bass player for Philly girl band Mae Pang, and her current band, The Tights, can be heard in clubs in and around the Philadelphia area. 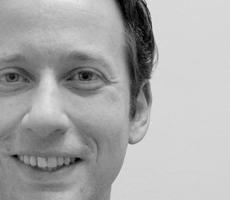