Which values do we teach our kids? Through sports or arts, how do we develop respect, team spirit and collaboration? How do we change the perspective on gender from the youngest age? Can we apply Burning Man’s principles in the classroom for self-directed learning or collaborative experiments?

Can we leverage technology to solve educational challenges? Give access to the best educational content to the most remote areas or underserved communities. Ensure lifelong learning. Adapt to each individual’s rhythm. Gamify the learning curve. How can we create significant experiences that can be scalable? bring together the media, courses, experts and experiences that can rapidly accelerate learning? And descentralize the content generation process?

How do we learn all along our lives? Traveling, experimenting...

For us, life is a journey!

Six years ago Aape decided to use his extensive experience in digital and mobile to deliver learning to all using mobile technologies. During his journey he has understood why we must change education And how. Today he is the chief evangelist and founder of Funzi, a mobile service ecosystem for the emerging markets, and an entrepreneurship coach and lecturer in Startup Sauna, Aalto University, DTBi and other institutions. He is also a founder of Inclusion – an open source software project for mobile learning. Aape sits on advisory boards of research projects and technology programs. Formerly he was the CEO and founder of Ympyra and CMO of Exomi. Aape has worked in the mobile industry since 1997 in various management roles and has a solid track record of international business, product, and technology development including. He is an Apple Achiever and an international patent inventor (mobile media app).

Alvaro Solache it’s Communitarian psychologist entrepreneur and performer. He’s been working since 1996 creating, training and developing teams, first as human resources manager and consultant and later on as trainer and performer. His passion is help develop teams and people to discover his superpowers and perform like a superheros team. Alvaro It’s the founder of one teamvalues training company (teamtowers.com) two social startups (comunitats.org & app.timefounder.com) and a creative tribe (molekulon.com).

Anne-Marie has always been interested in business, Maths and technology. Her unique achievements include holding the current world record as the youngest girl ever to pass A-level Computing (aged 11), being named on Evening Standard’s list of ’25 under 25s’ and Guardian’s ‘Top 10 women in tech you need to know’, and being one of the youngest to be awarded a Masters’ degree in Mathematics and Computer Science by Oxford University, aged 20. She was also named the UK IT Industry & British Computer Society’s ‘Young IT Professional of the Year’ in 2013, Red Magazine’s 2014 Woman to Watch and given a 'Points of Light' award by the UK Prime Minister. She is a board member at Inspirational YOU & the Urban Development Music Foundation and a Fellow of the RSA as well as an advisor to the European Union on digital matters.

Claudia Urrea has over 20 years of experience in the field of Education and Technology. After completing her graduate studies at the Massachusetts Institute Technology, Urrea worked for 1 year at the Interamerican Development Bank as a consultant in the Education Sector, and 5 years at One Laptop Per Child organization as Director of Learning. At OLPC, she was in charge of designing, developing, and implementing a learning vision for the organization. Claudia Urrea is currently working at the MIT Office of Digital Learning doing research on residential learning experience with online educational materials and blended learning models from theoretical, empirical, and policy perspectives.

Elizabeth Hensick Wood is the European Managing Director of Worldreader, a social enterprise that promotes literacy and education using mobile technology and digital books. Elizabeth collaborated with UNESCO on the first ever large-scale research project on mobile reading in the developing world and the resulting report, Reading in the Mobile Era, points to the enormous opportunity to leverage mobile phones to advance literacy and learning in underserved communities around the world. Elizabeth holds a BS from the University of Florida College of Journalism and Communications and a MBA from INSEAD.

What does it mean to be a young person in this world? How can I live a meaningful life and how can I contribute to our thriving? Where does Hope lie? These are some of the questions that inform Ivo's journey through life currently. The search lead to the Knowmads School in Amsterdam which again propelled him to start the Knowmads School in Sevilla, Spain. We're doing this together or we 're not doing anything at all - but how do we manage to do anything together? How do people relate, how do they take action, how do they take care of each other and how can we learn this? Knowmads Sevilla is Ivo's lab to explore these questions.

John has been working in West Africa for a decade. He was a chef, when at 21 he discovered his purpose for alleviating poverty by cooking for the homeless people of Los Angeles. John went on to pursue studies in development at the American University of Paris, National University of Singapore, SciencesPo and Pepperdine. He co-founded the Open University of West Africa and Impact Hub Accra. He is a Global Shaper at the World Economic Forum, a Fellow at Power of Youth and an Ambassador for the 1/000 Network.

Kaisu Tuominiemi is passionate about education in its all forms. She is seeking to create impact and transformational learning through teams. Graduated from Team Academy Finland as BBA, and being part of the leading team of Mondragon Team Academy, she has worked the past years in the field of education by running and co-developing LEINN, the first official bachelor degree in Europe on Entrepreneurship as well as MINN (International Executive Master Program on Intrapreneurship and Open Innovation). She has been involved in creation of Mondragon Team Academy since its beginning 2008 inside of Mondragon University School of Management. Also she has played a key role on building the reality of what it is today - A global Network of Social Innovation Labs where radical Innovation education takes place, being formed by more than 500 Teampreneurs worldwide. This year she will be co-leading the opening of the new urban campus of LEINN degree in the heart of Barcelona.

Marta has been working on international development and child rights for 20 years, the last 5 of them with the Spanish National Committee for UNICEF. She has always been involved in advocating for social change, including raising awareness and influencing policy changes. Before joining UNICEF, Marta was Director of Campaigns with Intermón Oxfam and she has been member of the board of different CSO and platforms.

Martin Cadée is an educational innovator and social entrepreneur dedicated to encouraging people to explore, live and commit to manifest their soul’s call to serve. He especially loves working with young people who are exploring ways to live up to their full potential, wanting to create a positive impact in the world. He leads retreats, consults with educational institutions and has been envisioning a platform to support people journeying beyond the status quo of their lives, seeking for meaning, purpose and a personal answer to real needs in the world – The Journey Network. Martin’s work is inspired by the ways many cultures help their people move from one phase of life to another – rites of passage – especially through ceremonial retreats into nature. In 2007 Martin co-founded KaosPilots Netherlands (now Knowmads): an international school for young entrepreneurial talents who want to make a positive difference in the world.

Miquel Duran is a professor of physical chemistry at the University of Girona carrying out research on theoretical and computational chemistry. He has been always interested in the use of the Internet in Science Communication and teaching; however, a few years ago he attended a small course in magic that happend to be a cornerstone for him, by opening an amazing world to connect magic and science, and becoming an amateur magician. Miquel promotes actively open knowledge, is friends with MOOCs (now planning a course on magic and science), and rides a mountain bike in his free time. It's kind of strange that his preferred quote belongs to "Le Petit Prince": "Tu sais, quand on est tellement triste, on aime les couchers de soleil". Actually, what is really strange is what he keeps lecturing everywhere: "This is me and my digital circumstances". By the way, Miquel is the enthousiastic organizer of the TEDxUdG series of events

Miquel Duran is a professor of physical chemistry at the University of Girona carrying out research on theoretical and computational chemistry. He has been always interested in the use of the Internet in Science Communication and teaching; however, a few years ago he attended a small course in magic that happend to be a cornerstone for him, by opening an amazing world to connect magic and science, and becoming an amateur magician. Miquel promotes actively open knowledge, is friends with MOOCs (now planning a course on magic and science), and rides a mountain bike in his free time. It's kind of strange that his preferred quote belongs to "Le Petit Prince": "Tu sais, quand on est tellement triste, on aime les couchers de soleil". Actually, what is really strange is what he keeps lecturing everywhere: "This is me and my digital circumstances". By the way, Miquel is the enthousiastic organizer of the TEDxUdG series of events

Nicholas Carlisle is the CEO and founder of No Bully, an international anti-bullying NGO. Having experienced firsthand the reality of bullying in his teenage years at school, he is committed to creating schools where every student belongs. Nicholas graduated from Oxford University, practiced as a barrister in London and was chairman of the non-profit section of Amnesty International in Britain. He is licensed as a child and adult psychotherapist in California and a published researcher on the the effects of school bullying. Nicholas is a seasoned conference speaker, expert witness and commentator on school bullying for radio and television.

After a ten year, 11 country stint at the United Nations, Steve founded three companies in three years. These include Hubud, Bali’s first coworking space and a global hotspot for digital nomads, and TurnPoint, an education and media startup which gives people the shift in skillset and mindset they need to transition into a passion-driven, globally mobile work life. Through Hubud, Steve helped pioneer a modern working environment, drawing over 1800 from 60 countries people to work in Bali in 22 months. He is exploring how work practices are changing and how education-when properly done-can help people take control of their lives, pursue their passions and find their place in an increasingly borderless world.

Volker is a mobile, gaming and digital media entrepreneur and executive. He is a Venture Partner at Emerge Venture Lab, an education-tech accelerator sprung out of Oxford University’s Said Business School. He is also the co-founder of Blue Beck (a game development studio) and Digital M (branded digital merchandise for avatar and sticker platforms), and serves as Chairman of Cognisess, a people analytics start-up based in Bath and Berkeley, California, and Bibblio, an educational digital content creation platform. A lawyer by education, Volker has worked in mobile entertainment since 1999. He is also a member of the Steering Committee for TEDx Youth @ Manchester and a co-founder of Mobile Monday Manchester as well as an expert for the Apps for Good programme. He tweets @vhirsch. 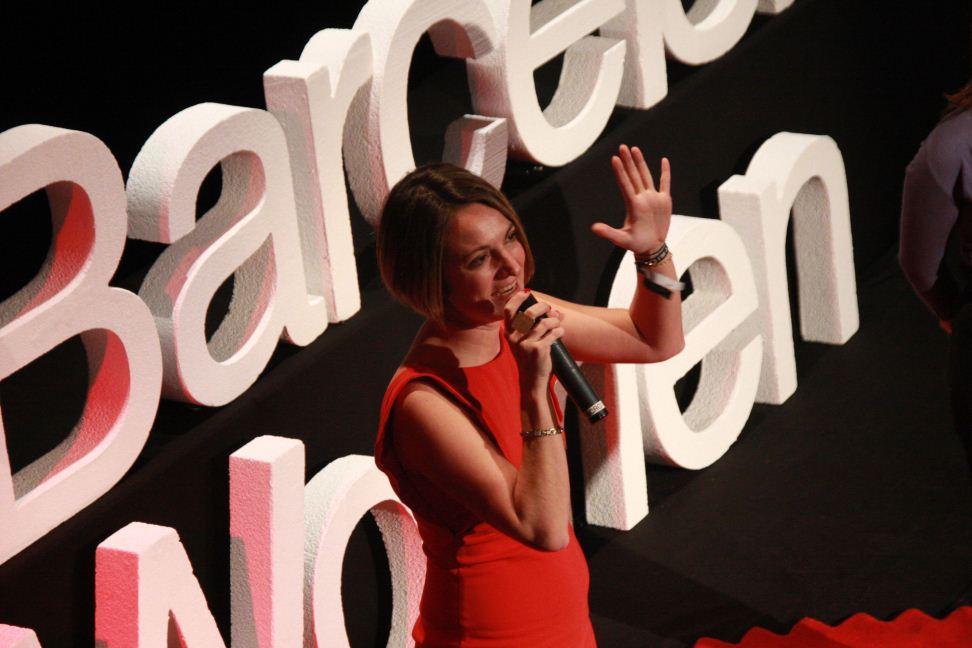