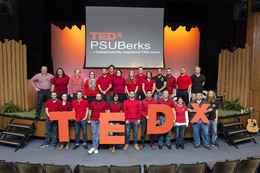 TEDxPSUBerks is a culmination of new and fresh ideas, young global innovators and thinkers, and a celebration of diversity, backgrounds, interests, and ability to change the world.

It is with great pleasure that TEDxPSUBerks bring the TED experience in a TEDx format to the Penn State Berks campus for the very first time. The Student Veterans Organization, formed in 2013, meets regularly to serve the student veterans on the local campus and more importantly, help craft the vision and plan for this unique and special event, occurring on Friday, November 14, 2014 @ 10:30am

TEDxPSUBerks, a one-of-a-kind conference where we openly discuss big ideas and challenges that affect our community. This event highlights an impressive lineup including speakers who are not typically heard from locally, but who are doing incredibly creative, innovative, and provocative work in their fields.

Our goal is to create a memorable experience to connect and bring diverse disciplines and backgrounds together around new ideas. In service of unleashing the thoughtful dialogue and passionate energy needed to promote creative thinking and community-based problem solving that will improve the quality of life on the Penn State Berks Campus and beyond.

Angela is an award-winning educator, author, speaker, and trainer, known for her work in literacy, teaching, innovation and leadership. She is at the forefront of digital literacy and education technologies. A social media evangelist, she helps learners understand the transformational power of technology. Her powerful messages make her a vibrant, courageous voice, and her down-to-earth style make her a highly sought-after keynote speaker. Angela is the founder of Choose2Matter, a global movement that challenges and inspires students to work collaboratively to develop innovative solutions to social problems. Angela has authored six books, including Classroom Habitudes and The Passion-Driven Classroom. Angela spent 14 years teaching elementary school in Des Moines, IA, and 10 years as a literacy coach, special programs facilitator, and university professor. She is an alumnus of The University of Iowa, where she earned her masters in educational supervision and reading.

Christopher Kaag is president and founder of the IM ABLE Foundation and Corps Fitness. Kaag works to promote healthy lifestyles for all and to raise money to provide adaptive equipment grants to get those with a disability more active. As the founder of Corps Fitness, a Pennsylvania for-profit company, Kaag runs daily workout classes that bring his experience as a US Marine into his no-frills fitness facility that accommodates both abled and disabled participants. Kaag entered the United States Marine Corps, where he served until he was diagnosed with a rare degenerative nerve condition.

Dan began practicing psychology in 1969. As a young psychologist he was enjoying professional success and the love of his wife and two young daughters. Everything seemed perfect. Until…In 1979 Dan was in a catastrophic automobile accident which left him paralyzed from the chest down. There were years of despair and depression. But for the last three decades he has been observing life from his stainless steel perch and observing what it really means to be human and how adversity can teach us how to live better. And love better. Since 1985 he has been hosting “Voices in the Family” and award-winning mental health call in show at Philadelphia’s NPR affiliate. Author of numerous articles in the Philadelphia Inquirer, he has published five books including international bestseller “Letters to Sam”. His most recent book is: “The Wisdom We’re Born with: Restoring Faith in Ourselves."

Ethan McKenna is a self-taught musician and an avid public speaker. An alumni of the nonprofit leadership program Nextgen Academy, he has spoken in high schools and middle schools across California, bringing a message of empathy, acceptance and self-expression. Ethan has also spoken abroad in primary schools, secondary schools as well as colleges in Malawi, one of the least developed countries in Africa. During his time in Malawi he participated in various service projects, working with members of the Women’s Federation for World Peace. Ethan is passionate about healing, inspiring and empowering others through his music and his words.

Ike Shibley has been teaching for almost two decades. While proud of his numerous teaching awards but is most proud of the success that his students enjoy after graduation. He has written widely about education, especially in the sciences, and believes that the future of education will involve much more technology being deployed to facilitate more efficient learning than has ever been possible. He has presented internationally on blended and online education, working with faculty who are interested in becoming more learner-centered and more efficient.

John is a widely-recognized expert in culture, strategy & individual and organizational change. The senior-curator for GeneralLeadership.com, he is an accomplished leader, author, speaker and proven status quo buster who has successfully led several multi-billion dollar transformation efforts. His award-winning work has been featured in a wide variety of articles and journals, including the Harvard Business Review, Huffington Post, National Geographic, Switch & Shift and the Washington Post. You can learn more about John at his website, www.GeneralLeadership.com, or reach out to him on Twitter at @JohnEMichel.

Jordan Shapiro’s academic work and publishing blend psychology, philosophy, and business in surprising ways. His internationally celebrated writing on education, parenting, and game-based learning can be found on Forbes.com. He teaches in Temple University's Intellectual Heritage Department where he’s also the Digital Learning Coordinator. He is the parent of two boys (six and eight years old) and the lead administrator at Project Learn School (an independent cooperative K-8 school in Philadephia). His most recent book FREEPLAY: A Video Game Guide To Maximum Euphoric Bliss, considers how the games we play in our youth shape our adult lives.

An expert in cyber courtship, Laurie Davis is as passionate about technology as she is relationships. She is the founder of eFlirt Expert, an online dating consultancy that helps singles navigate the intersection of dating and technology. She is also the author of Love @ First Click: The Ultimate Guide to Online Dating and a Best Dating Coach finalist in the iDate Awards. Laurie’s advice has been featured in more than 500 international media outlets including The New York Times, Good Morning America, Forbes, Men’s Health and Elle. She is engaged to her tweetheart who she eFlirted with in 140 characters on Twitter.

Marie Bjerede is a recovering Fortune 500 telecom executive, now working with those who use technology to make teaching and learning more real, human, respectful, and compassionate - she advises schools, startups, and technology leaders on the products, practices, and platforms that enable and scale authentic learning and teaching with tech. Marie is also a #mathmom and a #makermom to two kids, aspiring to learning environments for them that feels like play and “hard fun” and the best of the self-organizing, intrinsically motivating work environments that have been the foundation of her practice as a technology leader and executive. Bjerede takes an unconventional approach in all her endeavors – removing constraints from systems to get bigger payoffs with less effort.

Shreyas is a 13 year old, 8th grader in the Penn-Delco School District. He is a two-time Scripps National Spelling Bee competitor. He has been the main focus on a CNN story on the spelling bee and has been in many news outlets over the country. Shreyas is the Student Council President and in the National Junior Honor Society. Recently, he organized a school-wide dodge-ball tournament for the typhoon relief funds for the Philippines, raising money for the Red Cross. He will be taking Microeconomics at Widener University, since being awarded a scholarship by Widener to take courses there. Also, Shreyas has been to Australia as part of a student delegation where he exchanged American culture with Australians. He plays soccer and lacrosse for his school team and enjoys advocating for what he believes in and sharing it with others. 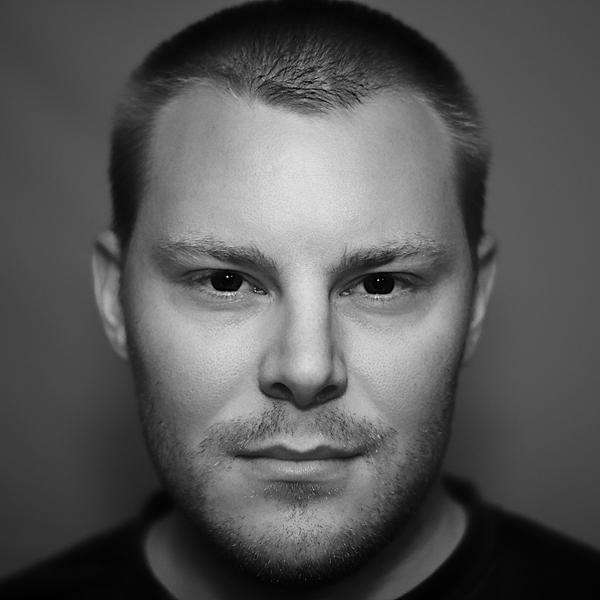