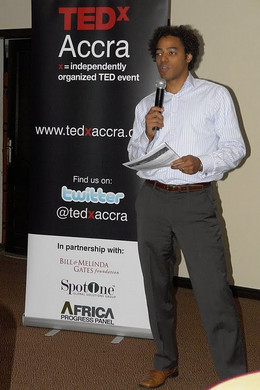 On September 20, 2010, more than 150 of the world’s leading thinkers and doers will come together in New York for TEDxChange. Convened by Melinda French Gates on the 10th anniversary of the Millennium Development Goals, this event will explore what the future holds for health and development around the world. What changes have taken place in the last decade? And what more needs be done to ensure the health and well-being of future generations?

Hosted by TED curator Chris Anderson, a global audience will be participating on September 20 as TEDx communities around the world, including TEDxAccra, will be hosting events around the live webcast. To learn more, visit TEDxChange.org.

Dawda is half Gambian/half Argentinean, was born in Kenya, and grew up in the world’s melting pot – New York City. Dawda joined the Africa Progress Panel (APP) as Head of Research and Policy Coordination in March 2009. He leads the production of the APP’s policy and information briefs on various subjects, including climate change, private sector engagement for development and most recently on maternal health. The APP’s policy briefs are particularly targeted at African Heads of State and in many cases their Ministers of Finance and aim to make the financial and/or political case for development issues.

Dorothy K. Gordon is a leader with a vision to build a dynamic PanAfrican society through an 'owned' process of technological innovation – technology solutions developed by Africans, in Africa and in response to African needs. She is the first DirectorGeneral of Ghana's Advanced Information Technology Institute (AITIKACE), the GhanaIndia Kofi Annan Centre of Excellence in ICT and leads a team of technology professionals committed to using the opportunities that exist within the global innovation economy to bring about accelerated development in Africa

Bright B. Simons is a Ghanaian technology innovator, Development Activist and Social Entrepreneur. As the Director of Development Research at the award-winning African think tank IMANI (www.imanighana.org), and as the President of the mPedigree Network www.mPedigree.Net<http://www.mpedigree.net/>),he works to promote innovation as the best response to Africa’s various developmental challenges. His insights have been shared through the Economist, New York Times, BusinessWeek, the Financial Times, Asian Times, and the BBC, where he is a regular commentator for the World Service. Bright is a Technology Pioneer of the World Economic Forum and a member of its Global Agenda Councils (the organisation's foremost expert body). Bright invented a system for large-scale supply chains between 2004 and 2005, that has been successfully deployed by some pharmaceutical companies to protect their brands from counterfeiters, and by consumers to instantly verify the genuineness of their medicines by means of a free text message. The concept is at the base of the mPedigree platform, arguably the most celebrated item of original technology to emerge from Africa. Bright has consulted for the World Bank in the development of a new strategy for Africa, and for the West African Health Organisation in the context of the latter's recent wide-ranging policy on medicinal counterfeiting in the region. A TED and Ashoka Fellow, he is also both a Tech Award Laureate and a member of the Evian Group's Brain Trust at IMD, widely considered to be Europe's foremost business school. In 2010, he became an Associate of the Archbishop Desmond Tutu Fellowship.

Currently the Country Lead of Google Ghana, Estelle is a highly motivated individual, committed to the social and economic development of Ghana.Previously the Managing Director of BusyInternet, Africa's hugely successful internet startup, highlights of her leadership there include launching an ISP which went on to be awarded ISP of the year 2008, winning a World Bank Incubator SME program grant and successfully raising the finances required to open two additional cafe outlets serving an average of 1000 clients per day. In 2008, Estelle was awarded Top African ICT Business Woman by the ForgeAhead African ICT Achievers Award Program in South Africa. A 2008 Class Fellow of the West African Leadership initiative (Aspen, Colorado), Estelle has a degree in Economics and Development Studies from the University of Sussex. Other work experience includes being the Conference and Banqueting Manager at La-Palm Royal Beach Hotel (Ghana’s only 5-star hotel) and Project Manager of the National Poverty Reduction Program at ProNet (local NGO partner to WaterAid UK). From her twelve years work experience in Ghana, Estelle has a broad understanding of local conditions, politics, social dynamics and the ICT community. 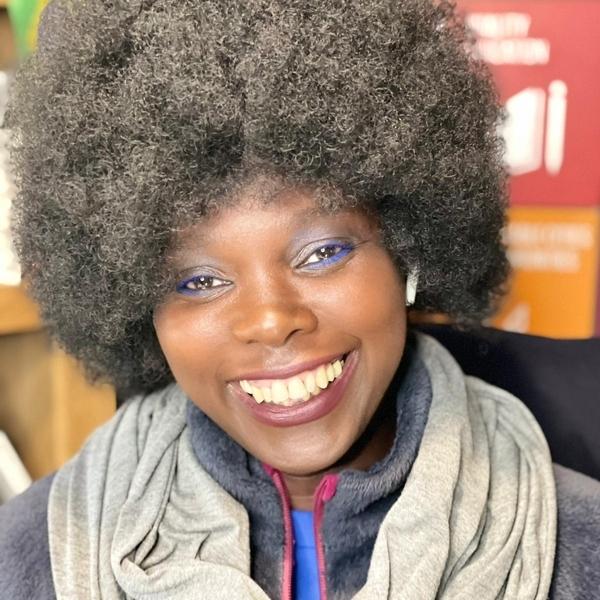