The number of women who excel in science, technology, economics and the arts will exceed your expectations. Many of them lead companies and play a pivotal role in cultural change, politics, family, society and even in sports.
Not surprisingly all of them have a good level of VitaminD! They’re passionate, energetic, creative, determinate and extremely perseverant.
In the spirit of ideas worth spreading, we’ll have on stage women ready to share their special ingredient, their own recipe rich of VitaminD.
Just one day to build together a place where we can debate and collect new stimuli to rethink and reinvent the world we live in.

She's likeable, impertinent and talented. Every Sunday evening, as soon as she appears on Fabio Fazio's programme Che tempo che fa the ratings soar. Her sketches are the best of what can be watched on television today. Luciana Littizzetto is the real star of television, and of show business in general. Born in Turin, she has a degree in literature and a piano diploma from a conservatory. For nine years she taught music in high schools, at the same time starting to enter the world of entertainment as a dubber and scriptwriter. As well as television, she's also popular in the cinema (her role as the Talking Cricket in Pinocchio is famous) and as a book author. The success of the latest Sanremo Festival has immortalised her as one of the best show business personalities. In 2007 Luciana Littizzetto was awarded the prestigious De Sica Prize by the President of the Republic, Giorgio Napolitano, which is reserved for personalities currently in the spotlight in the world of entertainment and culture. Her funniness is never vulgar, but often mocks the powerful. A sense of humour that makes you laugh, but also sets you thinking.

With a PhD in industrial design, Valentina specialises in strategic design project management. After completing her doctorate, she worked as a project manager for Poli.Design, was director of the Research Centre of the European Institute of Design, and is currently co-editor of the magazine Ottagono. She teaches strategic design and design thinking at the Polytechnic University of Milan and the European Institute of Design.

A Linklaters partner since 2007 in the capital markets department, she is president of Valore D – the first association of large companies formed in Italy to support women’s leadership in the corporate world – and the founder of Breakfast@Linklaters, a network of more than 500 representatives of the women's business community. Before joining Linklaters, she acquired experience by working for one of the first British law firms to enter the Italian market, and then at an American law firm, where she was also a partner. She was later seconded to London to work in the legal department of a leading investment bank. Specialised in equity and debt capital market transactions, as well as public M&A transactions, she has provided assistance to many companies and leading Italian and international investment banks. In 2012 she was named woman lawyer of the year by the magazine Top Legal and, according to the Financial Times' Innovative Lawyer report, is one of the ten most innovative lawyers in 2013. She has a law degree from the University of Milan.

Born in 1982, Lidia graduated in particle physics from the University of Milan with a thesis on the ATLAS experiment at the Large Hadron Collider at CERN in Geneva. With a passion for experimental research, she continued the work she began with a PhD at the same university. After working for one year at CERN, she was awarded a research grant at Boston University. She's still working on the ATLAS experiment, and coordinates a working group on research into the Higgs boson. Words:

Born in Modena, from 1966 to 1971 Caterina Casella topped the charts with songs that have captured the imaginations of several generations: Nessuno mi può giudicare, Perdono, Cento giorni, Sono bugiarda, Il volto della vita, and Insieme a te non ci sto più. After her marriage to the publisher Piero Sugar and the birth of their son Filippo, Caterina Caselli left the stage and became a music publisher and producer. In 1989 she founded Insieme-Sugar, with which she produced the official theme song for the 1990 football World Cup, Un’estate italiana, sung by Gianna Nannini and Edoardo Bennato. Since then she has devoted her time to finding, selecting and producing new talents, supporting them in their Italian and international careers. These include: Elisa, Negramaro, Malika Ayane, Raphael Gualazzi, and the extremely well-known Andrea Bocelli. In recognition of her extraordinary activity as an artist and entrepreneur over the years, Caterina Caselli has received many awards and honours. In 1998 she was awarded the Golden Apple by the Marisa Bellisario Foundation, as a representative of the creative industries. On 8 March 2006 she was awarded the Honorary Title of Grand Officer by the President of the Republic, Carlo Azeglio Ciampi. In December 2007, she was awarded the Ambrogino d’Oro by the Municipality of Milan. Caterina Caselli is the president of Sugar Srl and the sole director of SugarMusic SpA.

A musician and teacher, for several years Mia Julia has devoted herself to understanding and doing research into the languages of Western music from the past and the present. She studied experimental composition at the Santa Cecilia Conservatory in Rome. She collaborates with musicians on projects ranging from neo-Renaissance vocal style, to rock and pop and experimental improvisation. She has composed pieces for cinema and television, and takes part in events as a live performer.

A musician and teacher, for several years Mia Julia has devoted herself to understanding and doing research into the languages of Western music from the past and the present. She studied experimental composition at the Santa Cecilia Conservatory in Rome. She collaborates with musicians on projects ranging from neo-Renaissance vocal style, to rock and pop and experimental improvisation. She has composed pieces for cinema and television, and takes part in events as a live performer.

Barbara Stefanelli (Milan, 1965) is a journalist for Corriere della Sera. She has been the newspaper's deputy editor since 2009, and has also been chief news editor and overseas news editor. In 2011 she managed the launch of the cultural supplement, La Lettura. She designed the collective blog, La27esimaOra, which was initially written mainly by Women, but is open to all Corriere della Sera contributors. With La27esimaOra she published Questo non è amore for Marsilio, a book that investigates the issue of violence against women, and produced two web documentaries (Le Resistenti, on the women of L'Aquila, and IoPolitica, on women standing in the latest elections). Using the same model, the multi-author blogs, Solferino28/anni, for 20-somethings in Italy, and Gli Invisibili, a space about disability, were launched. In November she oversaw the launch of Il Tempo delle Donne, a series of meetings, events and workshops focusing on topical women's issues (among other things) and aimed at encouraging the sharing of ideas and stories among people seeking change and innovation. Il Tempo delle Donne will conclude in May with an international festival.

Successful entrpreneur. Active in the social field. Brought up in Italy, France and Great Britain, Marina Salamon founded Altana SpA, a leading children's clothing company, in 1982. A shareholder of Replay Jeans since 2001, in 1991 she acquired a controlling interest in Doxa, one of the best known market research companies, and was awarded the Bellisario Prize for her successful business career. Marina is currently a director of Illycaffè SpA and the sole shareholder of Alchimia Holding SpA, a finance company that controls various companies in the research and digital communications sectors. She is also active in the non-profit sector, working on the integration of immigrants to Italy, as well as economic, educational and healthcare projects in developing countries

A doctor, child neuropsychiatrist and psychotherapist, Mariolina is also involved in training parents and teachers. Married in 1973, she has six children and three grandchildren. For Ares she has published: La famiglia imperfetta (2010), La coppia imperfetta (2012) and Cara dottoressa. Risposte alle famiglie imperfette (2013).

Stella was born into and grew up in a multicultural environment that imbued her with a passion for fashion, art and beauty. A young model for Egon Von Furstenberg, she soon became an internationally acclaimed fashion designer, and in 2012 her daring and brilliant collection was paraded at the Rotonda della Besana during Milan Fashion Week. After presenting her first men's collection at Pitti in June 2013, Giorgio Armani chose her to show off her spring/summer 2014 collection at the Armani Teatro during the last Milan women's fashion show. This consolidated her role as a representative of the “new wave” of Italian creativity, thanks to the mixture of styles harking back to her roots, while constantly keeping an eye on the future and maintaining a cross-cutting and innovative creativity.

32-year-old Chiara Russo is the CEO and co-founder of Codemotion, the largest organiser of technology-related events in Italy and Spain. She loves nature and is passionate about technology. After graduating in computer engineering she started working as a programmer. In 2009 she organised her first Java day, (an event dedicated to Java technology that in 2011 turned into an event open to all languages and technologies: codemotion), purely as a hobby and out of enthusiasm. In early 2013 she decided to leave her employment as an account manager at an engineering company in order to transform her passion into her job by starting Codemotion. 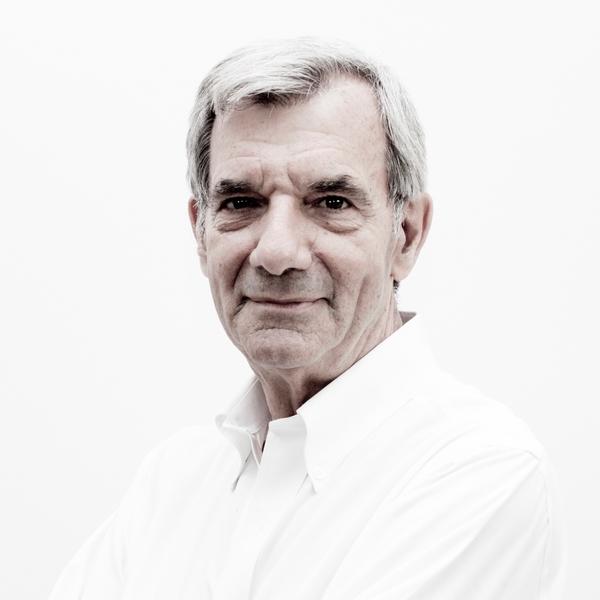