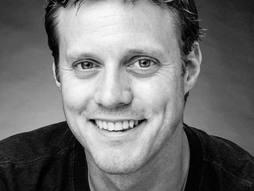 Humorist, web artist
zefrank.com @zefrank
Ze Frank rose to fame on a viral video — in 2001! He has been making online comedy, web toys and massively shared experiences (like the addictive Young Me Now Me) ever since.

Ever since his "How to Dance Properly" viral video -- born as a party invite for 17 friends -- hit the Web in 2001, Ze Frank has been making people giggle, guffaw and gasp out loud whilst procrastinating at work. He defines, in many ways, the genre of online comedy, and continues to innovate madly on the form.

In 2006 he launched a year-long daily video blog called The Show with Ze Frank, which Slate.com called "the best sustained comedy run in the history of the Web." His rapid-fire delivery and absurd explorations in audience participation (like Earth Sandwich) has influenced a generation of digital native YouTubers. Perhap his most brilliant move: calling on fans to write the show for him. Using collaborative tools, online viewers collectively put words in his mouth (and props in his lap); he faithfully performed this wiki-comedy each week for his "Fabuloso Friday" show.

In 2008, along with Erik Kastner, Frank launched Colowars, the first massively multiplayer game on Twitter, which featured two months of sponsored online events and competitions. Recently he has worked with his audience to create a series of projects based on shared emotions such as pain, fear and the pang of nostalgia. Frank works as a consultant to range of industries on audience engagement and is a public speaker on the subject of the virtual life.

In 2012 he returned to the internet airwaves with "A Show." About which a MetaFilter commenter wrote:

If this were a cult, I would join.

If this were a religion, I would attend services.

If this were a band, I would not torrent the albums, but buy them, full price, from a local independent record store.

If this were a telethon, I would buy multiple tote bags. 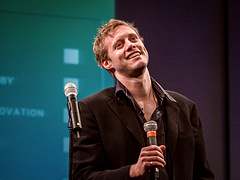 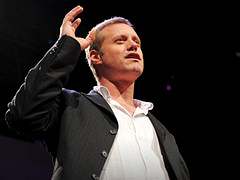 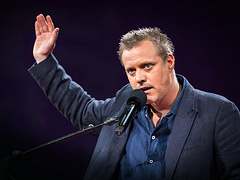 To break up a dense (and early) morning session all about Us, performance artist Ze Frank wants to do a quick human test. He asks you to raise your hand when a question applies. Answer honestly. This is a safe space. Ready? Let’s begin: Have you ever eaten a booger long past your childhood? Have you […]

Who are we? What are we doing here? Such thoughts plague more than just angst-filled teenagers. In this session, speakers take a piercing look at these and other complex questions, challenging preconceived notions of who we really are (let’s not forget microbes), how the brain works — and how consciousness fits into the equation. Here […]

Making real connections over the web: Ze Frank on TED.com

On the web, a new “Friend” may be just a click away, but true connection is harder to find and express. Ze Frank presents a medley of zany Internet toys that require deep participation — and reward it with something more nourishing. You’re invited, if you promise you’ll share. (Recorded at TEDGlobal 2011, July 2011 […]