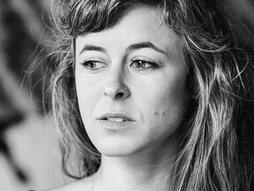 The inspiration for Zaria Forman's drawings began in early childhood when she traveled with her family throughout several of the world's most remote landscapes, which were the subject of her mother's fine art photography. She was born in South Natick, Massachusetts and currently works and resides in Brooklyn, New York. She studied at the Student Art Centers International in Florence, Italy and received a BS in Studio Arts at Skidmore College in New York. Her works have been in publications such as Juxtapoz Magazine, National Geographic Magazine, Huffington Post, and the Smithsonian Magazine.

Recent achievements include participation in Banksy's Dismaland and a solo exhibition at Winston Wächter Fine Art in New York in September and October of 2015. Her drawings have been used in the set design for the Netflix TV series House of Cards.

In August 2012, Forman led Chasing the Light, an expedition sailing up the coast of Greenland, retracing the 1869 journey of American painter William Bradford and documenting the rapidly changing arctic landscape. Continuing to address climate change in her work, Forman traveled multiple times to the Maldives, the lowest-lying country in the world, and arguably the most vulnerable to rising sea levels.

Forman was invited aboard the National Geographic Explorer, traveling to Antarctica as an artist-in-residence in November and December 2015. Her next solo show will take place at Winston Wächter Fine Art’s Seattle location, in February and March of 2017. 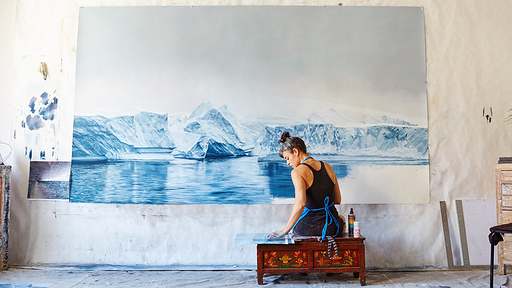 Drawings that show the beauty and fragility of Earth

Artist Zaria Forman travels thousands of miles to collect source material for drawings that portray the beauty and fragility of the world. Her goal? To help people experience the sublimity of these landscapes, so they'll be inspired to protect and preserve them.