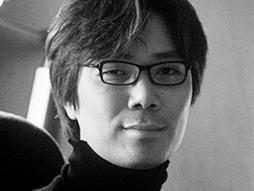 Young-ha Kim wishes that his eighth grade teacher, rather than chiding him for a poorly-executed drawing with a sweeping backstory, had told him, “Well, Young-ha, you may not be good at drawing but you have a talent for storytelling.” Without encouragement, he took the long road toward becoming a writer.

Young-ha Kim published his debut novel, I Have the Right to Destroy Myself, in 1996. It won the esteemed Munhak-dongne prize, and was translated into French two years later. Followed by English and German translations, the book garnered Kim international recognition. Kim has since published five novels -- including The Empire of Light and Your Republic Is Calling You -- plus four collections of short stories.

Kim’s latest book, Black Flower, was sparked by a random conversation on a trans-Pacific flight. It tells the story of 1,033 Korean immigrants who found themselves sold into indentured servitude in Mexico’s Yucatan Peninsula in 1905. Publisher's Weekly wrote of the novel in October of 2012, “Spare and beautiful, Kim’s novel offers a look at the roots of the little-known tribulations of the Korean diaspora in Mexico.”

Kim’s work mixes high and low genres and focuses on the issue of: what does it mean to be Korean in a globalized, quickly-changing world? His novels have served as a source of inspiration for Korean filmmakers -- two have already been adapted for the big screen with the film version of a third on its way.

Until 2008, Kim was a professor in the Drama School at Korean National University of Arts -- a post he left in 2008 to focus exclusively on writing.

“Kim Young-ha is a celebrated South Korean author whose 1996 debut novel about a suicide consultant earned him his nation’s most coveted literary award, the Munhak-dongne prize. His genre-crossing style and penetrating voice have generated tons of international buzz.” — The Beijinger 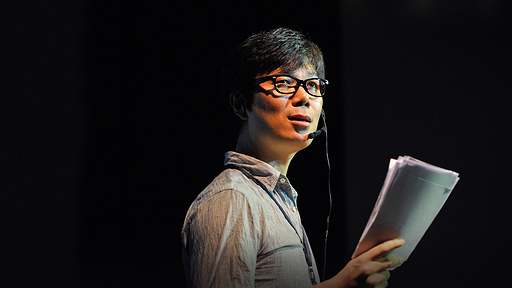 Want to be an artist? First, go a little nuts

Over the past week, we’ve noticed a lot of TED-related news items in the ether. Here, some highlights: Chip Kidd (watch his TED Talk) has just released a new book: a how-to guide to graphic design for kids. Read The New York Times’ Q&A with him in which he says, “I was utterly floored [when […]

Young-ha Kim has a simple message for us all: get out there and create some art. Are you getting tense, just from the suggestion? In today’s talk, given at TEDxSeoul and TED’s first ever in Korean, Kim says, “You think, ‘I’m too busy. I don’t have time for art.’ There are hundreds of reasons why […]