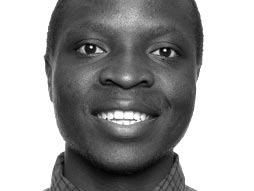 William Kamkwamba, from Malawi, is a born inventor. When he was 14, he built an electricity-producing windmill from spare parts and scrap, working from rough plans he found in a library book called Using Energy and modifying them to fit his needs. The windmill he built powers four lights and two radios in his family home.

After reading about Kamkwamba on Mike McKay's blog Hactivate (which picked up the story from a local Malawi newspaper), TEDGlobal Conference Director Emeka Okafor spent several weeks tracking him down at his home in Masitala Village, Wimbe, and invited him to attend TEDGlobal on a fellowship. Onstage, Kamkwamba talked about his invention and shared his dreams: to build a larger windmill to help with irrigation for his entire village, and to go back to school.

Following Kamkwamba's moving talk, there was an outpouring of support for him and his promising work. Members of the TED community got together to help him improve his power system (by incorporating solar energy), and further his education through school and mentorships. Subsequent projects have included clean water, malaria prevention, solar power and lighting for the six homes in his family compound; a deep-water well with a solar-powered pump for clean water; and a drip irrigation system. Kamkwamba himself returned to school, and is now attending the African Leadership Academy, a new pan-African prep school outside Johannesburg, South Africa.

Kamkwamba's story is documented in his autobiography, The Boy Who Harnessed the Wind: Creating Currents of Electricity and Hope. A  documentary about Kamkwamba, called William and the Windmill, won the Documentary Feature Grand Jury award at SXSW in 2013 (watch a trailer ). You can support his work and other young inventors at MovingWindmills.org.

How I built a windmill 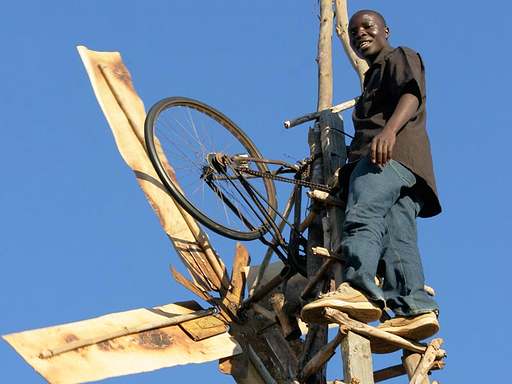 How I harnessed the wind

As usual, the TED community has lots of news to share this week. Below, some highlights. A solo crossing of Antarctica. With chilling detail, Ben Saunders documents his journey across Antarctica as he attempts to complete the first successful solo, unsupported and unassisted crossing. The journey is a way of honoring his friend Henry Worsley, […]

Tradition is not a frozen thing: Notes from Session 7, Power up

Human potential is a double-edged sword; it can be turned to great good or great evil. This session is about the discovery, liberation and channeling of human potential in ways that make the world around us a better place. But first, Alsarah & the Nubatones introduce us to East African retro-pop. As Alsarah says from […]

TED curator Chris Anderson discusses the transformative power of speaking to an audience from the heart.