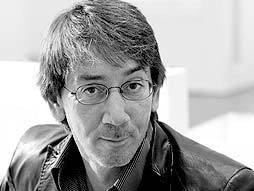 Game designer
Trial version: Spore creature creator Game: Spore Game: The Sims
Will Wright invented a genre of computer game that involves neither winning nor shooting, yet has generated colossal hits. Among them: SimCity (which earned its publisher $230 million), The Sims, and Spore.

A technical virtuoso with boundless imagination, Will Wright has created a style of computer gaming unlike any that came before, emphasizing learning more than losing, invention more than sport. With his hit game SimCity, he spurred players to make predictions, take risks, and sometimes fail miserably, as they built their own virtual urban worlds. With his follow-up hit, The Sims, he encouraged the same creativity toward building a household, all the while preserving the addictive fun of ordinary video games. His next game, Spore, which he previewed at TED2007, evolves an entire universe from a single-celled creature.

Wright's genius is for presenting vital abstract principles -- like evolution, differences of scale, and environmental dynamics -- through a highly personalized, humorous kind of play. Users invest themselves passionately in characters they create (with Wright's mind-boggling CG tools), and then watch them encounter fundamentals of life and nature. If it all sounds suspiciously educational, well, it just might be. Wright has created not just an irresistible form of entertainment, but an ingenious, original pedagogy.

In 2009, he left publisher Electronic Arts to form his own think tank for the future of games, toys and entertainment, the Stupid Fun Club.

“Will Wright -- a legend among gamers, the nerd’s nerd, undisputed king of the simulation.” — New Statesman 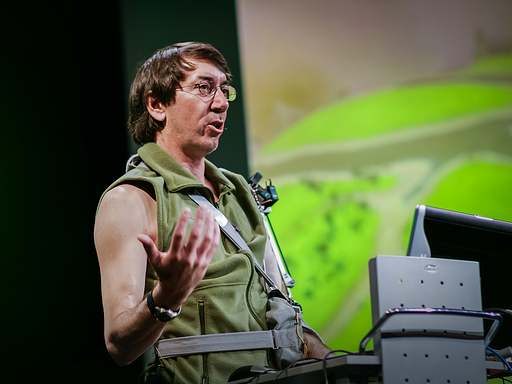 Spore, birth of a game

More news and ideas from Will Wright

Will Wright forms his own think tank, the Stupid Fun Club

A Forbes article points us to an interesting bit of news for star game designer (and TED speaker) Will Wright: [Will Wright] is leaving EA to go hang out with robots. Wright will run a former side project called Stupid Fun Club. EA said it is making an equity investment in the venture and Wright, […]

SimCity plays with One Laptop per Child

Will Wright will be named a BAFTA Fellow

Game designer Will Wright (watch his TEDTalk) will become a Fellow of the British Academy of Film and Television Arts (BAFTA) this month — one of only 67 ever named, and the first video game designer, reports Variety. A few other BAFTA Fellows: Alfred Hitchcock, Stanley Kubrick, Elizabeth Taylor … Since 2006, BAFTA — essentially […]