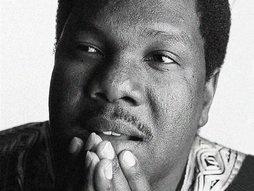 Vusi Mahlasela has dedicated his life to using music and words to inspire change. As a young boy in South Africa, he was routinely watched by the police because of his anti-apartheid poetry and his open support of student protest. During the final fight against apartheid, his songs of protest and solidarity became anthems -- stirring the South African people to create their new nation.

His lyrics touch on themes of love, family, hope and pride. Working with his own band and an international crew of genre-bending musicians, including Ladysmith Black Mambazo and fellow South African Dave Matthews, Mahlasela crafts a rich, propulsive sound that helps his words reach directly into the heart.

His latest album is Guiding Star (2007), of which Dirty Linen magazine says:

“Despite the fact that his songs are frequently filled with political subtext and despite his personal familiarity with the horrors of apartheid, his performances are optimistic and soulful, delivered with an intensity that captures the attention and embraces the heart.” — Don Heckman, LA Times 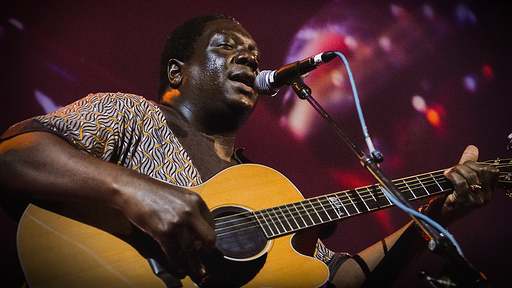 At next week’s gala for the Brooklyn Academy of Music (BAM), Paul Simon will be joined by TEDTalks favorite Vusi Mahlasela for an evening that celebrates the albums Graceland and Rhythm of the Saints. Vusi is among the many guest musicians set to join Simon onstage on the night — others include Cyro Baptista, David […]

TED Prize 2008: Dave Eggers and Tutoring, Neil Turok and the next African Einstein, Karen Armstrong and the Charter for Compassion

(Unedited running notes from the TED2008 conference in Monterey, California. Session six – TED Prize) Every year at TED, three exceptional people are awarded the TED Prize. They each receive US$ 100’000, but that’s not the real prize: they also are granted a wish — no restrictions — that they can express in front of […]

After Vusi Mahlasela played a 3-song set at TEDGlobal (including the moving “Thula Mama”), the audience simply wouldn’t let him go. This charming encore, “Woza,” showcases his brilliant guitar playing and multilingual lyrics. (Recorded June 2007 in Arusha, Tanzania. Duration: 5:11.) Watch Vusi Mahlasela’s song on TED.com, where you can download it, rate it, comment […]