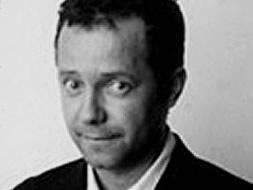 Slf-effacing, frankly open and thought-provoking, all at the same time, Vik Muniz explores the power of representation. He's known for his masterful use of unexpected materials such as chocolate syrup, toy soldiers and paper confetti, but his resulting images transcend mere gimmickry. Most recently, he's been working with a team at MIT to inscribe a castle on a grain of sand ...

Muniz is often hailed as a master illusionist, but he says he's not interested in fooling people. Rather, he wants his images to show people a measure of their own belief. Muniz has exhibited his playfully provocative work in galleries all over the world and was featured in the documentary Waste Land, which follows Muniz around the largest garbage dump in Rio de Janeiro, as he photographs the collectors of recycled materials in which he finds inspiration and beauty. Describing the history of photography as "the history of blindness," his images simply but powerfully remind a viewer of what it means to see, and how our preconceptions can color every experience.

“Think of brilliant trickster Vik Muniz as the offspring of Man Ray and Jacques Henri Lartigue, combining the former's relentless experimentation, the latter's effortless wit, and their mutual inventiveness in work that defies category.” — Vince Aletti, the Village Voice 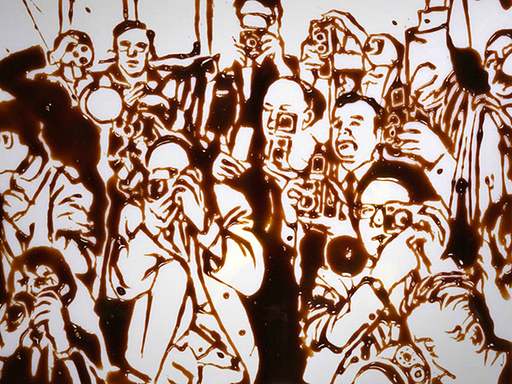 Sideways solutions and inverted explanations: A recap of session 10 of TEDGlobal 2014

The thinkers in this session, “Lateral Action,” don’t go about creating change in the usual ways. Here, their unexpected approaches: Argentinian singer-songwriter Juana Molina opens the session with a hypnotizing performance on the electric guitar and a rack of pedals that layer sounds into gorgeously complex song structures. Singing calmly behind layers of chords, she mixes […]

Lateral Action: A sneak peek of session 10 at TEDGlobal 2014

Real solutions can emerge from places surprisingly adjacent to the problems they address. This session examines how progress — from villages to urban spaces, from the artist’s studio to the corporate world — can be found by taking a step to the side. The speakers who’ll appear in this session: Khalida Brohi found an unexpected way to fight […]