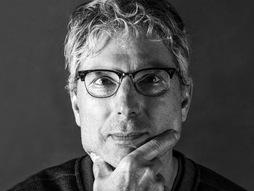 Artist
Tony Luciani's Art facebook.com/tony
Tony Luciani picked up a camera in 2014 to document his aging mom's struggle with dementia, beginning a four-year-long voyage of discovery.

Tony Luciani picked up a camera in 2014 to document his aging mom's struggle with dementia, and it was the imaginative expression of the collaboration that propelled his work internationally. After more than 40 years as a full-time painter, Luciani garnered worldwide attention with this four-year-long photography series. Their voyage of discovery, expressing the benefits of inclusion and participation within a creative medium, has gone beyond the boundaries of recognizing it as just a personal visual diary.

Luciani graduated from Toronto's Ontario College of Art in 1977 with prestigious honors. At age 21, he was encouraged to continue with his fifth-year post-graduate study in Florence, Italy. It was there that he found maturity while carefully observing the historical paintings of the Renaissance Masters. Upon returning, he was promptly accepted for representation by a well-respected and established Canadian art gallery.

In defining his work, Luciani prefers to be placed in a tradition of realism, which is both interpretive and characterized by focused observation. As a photographer, he likes defining his imagery as an "obvious extension" to what he already creates as an artist.

Luciani's art can be found in private, public and corporate collections globally. An unabridged edition of one-hundred photographs titled "MAMMA, In the Meantime" is in the collection of the local chapter of the Canadian Alzheimer Society. He is represented by Loch Gallery in Toronto, Winnipeg and Calgary. 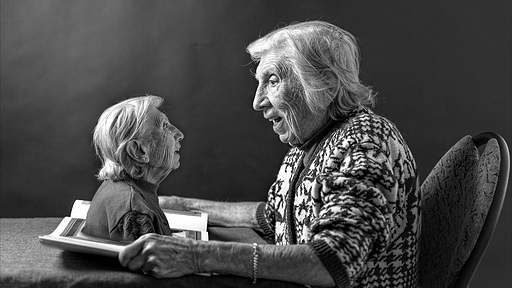 A mother and son's photographic journey through dementia

Got a complicated relationship with your mom, or motherhood? Here’s a playlist of TED Talks just for you

Ten voices from the real world of parenthood and childhood -- because reality, as we all know, is far more complex and rich than anything on a greeting card.

Many people are caregivers for their sick parents, partners, friends or others, with an unfortunate consequence: They end up suffering. TED speakers share steps that caregivers can take to help maintain their own well-being.