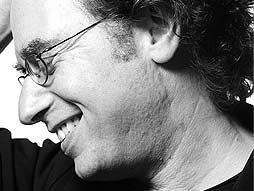 Tod Machover is head of the MIT Media Lab's Hyperinstruments/Opera of the Future group. He has composed five operas and helped to develop many groundbeaking musical technologies -- including Hyperinstruments, a technology that augments musical expression for both virtuosi (from Yo-Yo Ma to Prince) and amateurs, and Hyperscore, software that allows anyone to create sophisticated, original music by using lines and colors. Many of Machover's principles about "active participation" in music are exemplified in Guitar Hero, which grew out of his lab.

A recent focus of Machover's group has been on Music, Mind and Health, which marshals the power of music to promote well-being. Working with long-term patients at facilities such as Tewksbury Hospital, north of Boston, the group's goal is to develop personal musical activities that adapt to the particular skills and needs of each individual. In this way, the path to health becomes as rewarding as learning an instrument, composing a symphony, or premiering at Carnegie Hall.

“He is the only person I am aware of who contributes on a world-class level to both the technology of music creation and to music itself. Even within these two distinct areas, Tod's contributions are remarkably diverse, and of exquisite quality.” — Ray Kurzweil 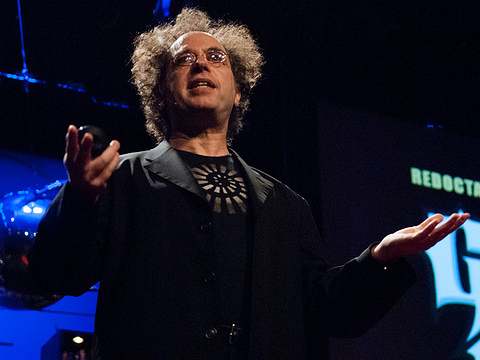 TEDTalks fan Stefan Kreitmayer was watching Tod Machover — whose lab at MIT developed the tech behind Guitar Hero — when he noticed an interesting coincidence and took a screenshot. Wondering what to watch next? How about these guitar heroes: (Links for these talks: Craig Venter … Freeman Dyson … Kwabena Boahen … the Theme […]

Cross the Wii hacking of Johnny Lee with the creativity tools of Tod Machover, and you get Digital Wheel Art — a wheelchair that uses a hacked Wii Remote to help disabled people make paintings. As Gizmodo reports, inventor YoungHyun Chung showed off the device at the Maker Faire in NYC last night. Watch the […]

Playing the music in your head: Tod Machover & Dan Ellsey on TED.com

Tod Machover of MIT’s Media Lab invented the musical technology behind Guitar Hero, and here he talks about what’s coming next. Listen for some brand-new ways to interface with music — to play it, compose it, enjoy it. Machover then introduces Dan Ellsey, a composer with cerebral palsy who uses some new tools to write […]