All too often, an ex-inmate walks out of prison with the exact same problems he or she walked in with: lack of skills, lack of support, no job. And they end up re-offending and back in jail. It's an expensive problem to fix, but it's a much more expensive one to ignore. A director at Social Finance in London, Toby Eccles explores the arbitrage between those two options.

In 2010, his pioneering Social Impact Bond allowed private investors to support a UK program targeting ex-prisoners who served short sentences (the limited government funding only goes to ex-inmates who served long terms). The £5m scheme, funded by 17 investors, supports training and support for 1,000 ex-inmates; if they re-offend less than a control group, the government will pay investors back, plus interest, through the savings accrued by achieving the program's targets.

“Imagine a world where the might of private capital could be harnessed to address society's most intractable problems. It sounds obvious, but social issues are so complex they make it mind-bogglingly difficult to do. But Toby Eccles is convinced he can crack the problem.” — 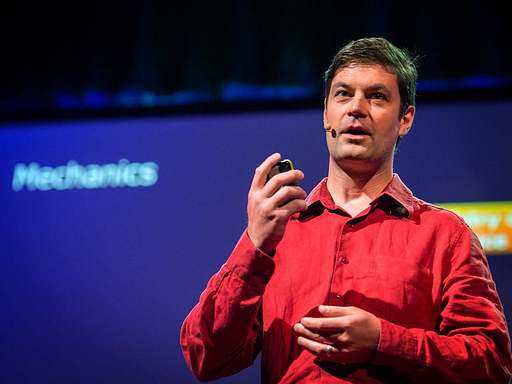 Toby Eccles, whose talk about Social Impact Bonds was published yesterday, has been busy since he gave his talk at TEDGlobal in June. Eccles, founder of the nonprofit Social Finance, now spends about half his time on Development Impact Bonds, a spinoff of his original idea. Where SIBs seek private funders to invest in social causes, with payments […]

Quoted: Toby Eccles on the results of the Peterborough prison pilot

Could Social Impact Bonds change the way we tackle social problems? In a bold talk at TEDGlobal 2013, Toby Eccles shared how a marriage of private and public funds could be a win-win-win for the government, investors and populations in need of innovative social service programs, like those in prison or in the care of the […]

A marriage of private and public investments for social good: Toby Eccles at TEDGlobal 2013

Toby Eccles doesn’t believe that the private and public sectors have to operate separately for social change. And he and his colleagues at Social Finance have been working since 2010 to prove it — with a new financial instrument known as social impact bonds. They are, as Eccles says, “not a new intervention, therapy or […]