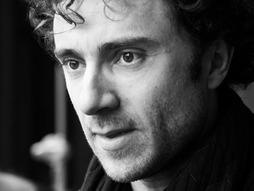 Designer
Home: heatherwick.com More: Bio at Design Museum
Thomas Heatherwick is the founder of Heatherwick Studio, an architecture and design firm that, among other projects, designed the astonishing "Seed Cathedral" for the UK Pavilion at Shanghai Expo 2010.

Thomas Heatherwick founded Heatherwick Studio in 1994 with his aim being "to bring architecture, design and sculpture together within a single practice." On the team, architects, landscape architects, designers and engineers work from a combined studio and workshop, where concept development, detailing, prototyping and small-scale fabrication take place. The studio's work spans commercial and residential building projects, masterplanning and infrastructure schemes as well as high profile works of public art.

From his biography at the Design Museum:

Heatherwick finds pleasure in what other designers might perceive as unconventional commissions, like the entrance and carpark for Guys Hospital, near London Bridge. He responded with an organic woven façade, created from stainless steel braid that requires little maintenance and creates a new system for routing traffic. In this context, what Heatherwick cites as his dream design job is unsurprising: a large-scale car park for the 1970s new town, Milton Keynes. “It’s is a weird place but I find it exciting because its infrastructure is taken so seriously,” Heatherwick explains, “It needs multistory car parks. But what world-class example of a well designed car park can you think of? There’s not much competition and they’re a very cheap building typology so you could build the best car park in the world for a fraction of the cost of the fanciest new art gallery… I’d like to work on the world’s best car park.” 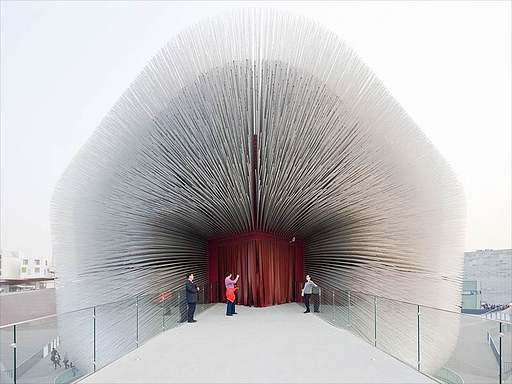 The TED community has been very busy over the past few weeks. Below, some newsy highlights. Wellesley has a new president. Dr. Paula Johnson, a longtime champion of women’s health and health policy, is Wellesley College’s 14th president. The celebrations surrounding her inauguration focused on the theme of Intersections; in her inauguration address, she reflected […]

How to make creative cities — from buildings to buses

British designer and architect Thomas Heatherwick describes how to bring a human scale and whimsical sensibility to urban life, to create a fabulous future fit for us all.