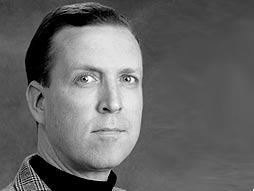 Military strategist
Website: Thomas Barnett's homepage Blog: Thomas Barnett's blog Esquire: Columns by Thomas Barnett
Strategic planner Thomas Barnett has advised US leaders on national security since the end of the Cold War. His bold ideas about the future of warfare and the military are spelled out in his best-selling book The Pentagon's New Map.

Thomas P.M. Barnett's bracing confidence and radical recommendations make him a powerful force shaping the future of the US military.

In his book The Pentagon's New Map: War and Peace in the Twenty-First Century, Barnett draws on a fascinating combination of economic, political and cultural factors to predict and explain the nature of modern warfare. He presents concrete, world-changing strategies for transforming the US military -- adrift in the aftermath of the Cold War and 9/11 -- into a two-tiered power capable not only of winning battles, but of promoting and preserving international peace.

Thomas has been a senior adviser to military and civilian leaders in a range of offices, including the Office of the Secretary of Defense, the Joint Staff, Central Command and Special Operations Command. During the tumultuous period from November 2001 to June 2003, he advised the Pentagon on transforming military capabilities to meet future threats. He led the five-year NewRuleSet.Project, which studied how globalization is transforming warfare. The study found, among other things, that when a country's per-capita income rises above ~$3,000, war becomes much less likely.

Barnett is unusually outspoken in a field cloaked in secrecy. His follow-up book is Blueprint for Action: A Future Worth Creating, and he writes regular columns for Esquire and the Knoxville News Sentinel. He also maintains a prolific blog, where he covers current global events.

“One of the most important strategic thinkers of our time.” — U.S. News & World Report 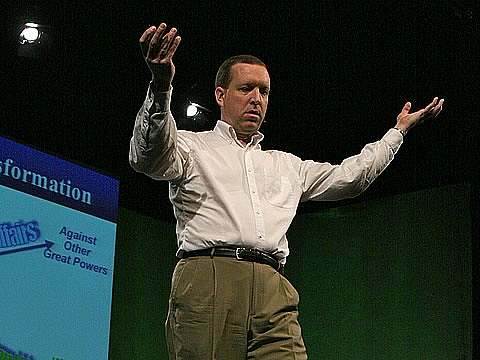 Thomas Barnett on the post-Bush world

It’s no secret that the world is on the alert for plans toward political and economic solvency. Strategic planner Thomas Barnett has released Great Powers: America and the World After Bush to address many of our most significant global crises. In a recent interview with Dan Hare, Barnett elaborated on the book, saying the US […]

Thomas Barnett’s bracing talk on the future of war, on TED.com

Strategic planner Thomas P.M. Barnett has advised US leaders on national security since the end of the Cold War. In this bracingly honest — and very funny — talk, Barnett outlines a solution for the foundering US military: Break it in two. One half makes war, and the other half builds the peace that follows. […]