Widely regarded as one of the world's most provocative architects, Thom Mayne is only interested in exploring the new, the present and the now. For him, architecture is not a matter of producing a readily imaginable building, but is instead a starting point for a larger discussion. The output of his Santa Monica-based studio, Morphosis, shows the results of the negotiations between concept and reality.

As Mayne describes things, the only constant in his professional career has been people telling him something can't be done. But he and his studio continue to produce astonishing work for clients worldwide, including government offices, hospitals, restaurants, residences and schools. Redefining how buildings work both within themselves and within their environment, Mayne and Morphosis are forging dramatic new landscapes for a startlingly modern world.

He joined President Obama's initiative Turnaround: Arts, which uses art education as a tool for success in struggling schools.

“Thom Mayne has never been a shy architect. His designs mix technological bravura with the kind of urban grit that you associate with [LA]'s sprawling freeways and giant billboards. Yet underneath the tough veneer lies a strong current of social optimism.” — New York Times 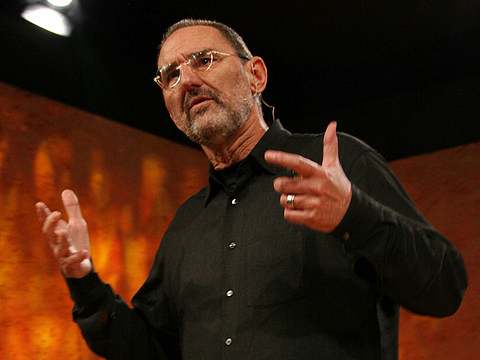 How architecture can connect us

Architect Thom Mayne has never been one to take the easy option, and this whistle-stop tour of the buildings he’s created makes you glad for it. These are big ideas cast in material form.