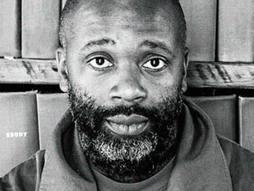 Artist, potter, community builder
theastergates.com
Theaster Gates is a potter whose ambitions stretch far beyond the wheel and the kiln. In Chicago, his leadership of artist-led spaces has catalyzed interest and excitement in a formerly neglected neighborhood, as he uses culture as a transformational weapon.

Theaster Gates is helping to define the future of artistic place-based efforts, in research and practice. Beginning with interventions in small-scale residences now known as Dorchester Projects, Gates’ houses in Greater Grand Crossing in Chicago have become a nexus for globally engaged experiments in structures of individual and collective living, working and art-making. Launched into the international art world at Documenta(13), the houses embodied a new system of values and celebrated both a flexible use of space and provided a way for artists, visitors and students to connect and collaborate.

The latest example of this kind of work is the Stony Island Arts Bank, set to open for the Chicago Architecture Biennial in October 2015. Gates will convert a formerly derelict bank on Chicago's south side to create an artwork -- and a communal and creative space.

At the University of Chicago, where he is a professor and the director of arts and public life, Gates leads the Arts Incubator in Washington Park. Gates also leads an urban research initiative known as the Place Lab, a team of social scientists, architects, creative professionals and business leaders. With support from the Knight Foundation, Gates and his team will create frameworks for reimagining the role that culture plays in the redevelopment of transforming African American communities.

“Theaster Gates was trained as a potter, but his artistic practice includes, among many things, sculpture, musical performance, installation and something that has been called large-scale urban intervention.” — New York Times

How to revive a neighborhood: with imagination, beauty and art

We’ve been on break but the TED community definitely hasn’t — here are some highlights from the past few weeks. Black Panther’s Shuri stars in her own comic. Writer Nnedi Okorafor will team up with visual artist Leonardo Romero to bring Marvel’s newest Black Panther comic series to life. Shuri will follow Wakandan princess and […]

Think about everyday services, and what comes to mind? Probably practical matters: housing, food, health, education. Artist Theaster Gates wants to add a new item to the list. He makes the case for why, really, beauty is the most important basic service.

Creative ignition: A recap of Session 7 of TED2015

Bill T. Jones performs a collaborative improv with music from cellist Joshua Roman and vocalist Somi, at TED2015: Truth and Dare, Session 7. Photo: Bret Hartman/TED Where does creativity come from? In Session 7 of TED2015, we explore its bounds in design, art, dance, music, data visualizations and urban planning. Stay beginners. “As humans, we get used […]