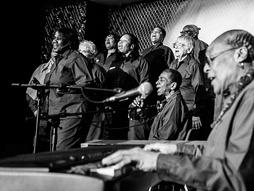 Inmates
A life sentence in Pennsylvania means exactly that; there is no possibility of parole. These women, all of whom have served decades in prison, sing about their lives on the inside.

“I’m a woman, I’m a grandmother, I’m a daughter, I have a son,” sings Brenda Watkins, lead vocalist for The Lady Lifers. “I’m not an angel, I’m not the devil. I came to jail when I was so young.”

The Lady Lifers are a chorus of women serving life sentences in Muncy State Prison in Pennsylvania. While they are often known by their inmate numbers, they also have names: Brenda Watkins, Dannielle Hadley, Debra Lee Brown, Theresa Battles, Diane Metzger, Thelma Nichols, Joann Butler, Lena Brown, Trina Garnett, Naomi Blount. Together, they sing about their hopes and fears, including the very real possibility that they may die alone in prison.

The words to their song “This is Not My Home” by Howard Woodring. Music by Naomi Blount. 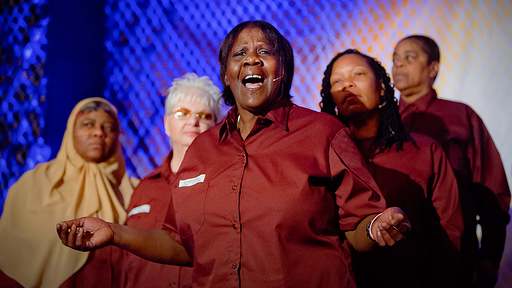 A moving song from women in prison for life