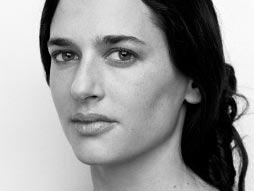 Artist
tarynsimon.com
With a large-format camera and a knack for talking her way into forbidden zones, Taryn Simon photographs portions of the American infrastructure inaccessible to its inhabitants.

Taryn Simon is a multidisciplinary artist working in photography, text, sculpture and performance. Guided by an interest in systems of categorization and classification, her practice involves extensive research into the power and structure of secrecy and the precarious nature of survival. Her works have been the subject of exhibitions at the Louisiana Museum of Modern Art, Copenhagen (2016-17); The Albertinum, Dresden (2016); Galerie Rudolfinum, Prague (2016); Garage Museum of Contemporary Art, Moscow (2016); Jeu de Paume, Paris (2015); Ullens Center for Contemporary Art, Beijing (2013); Museum of Modern Art, New York (2012); Tate Modern, London (2011); Neue Nationalgalerie, Berlin (2011); and Whitney Museum of American Art, New York (2007).

In An American Index of the Hidden and Unfamiliar, Simon compiles an inventory of what lies hidden and out-of-view within the borders of the United States. She examines a culture through documentation of subjects from domains including: science, government, medicine, entertainment, nature, security and religion. Confronting the divide between those with and without the privilege of access, her collection reflects and reveals that which is integral to America’s foundation, mythology and daily functioning.

A Living Man Declared Dead and Other Chapters I-XVIII was produced over a four-year period (2008–11) during which Simon traveled around the world researching and recording bloodlines and their related stories. In each of the eighteen "chapters" comprising the work, the external forces of territory, power, circumstance or religion collide with the internal forces of psychological and physical inheritance. The subjects documented by Simon include victims of genocide in Bosnia, test rabbits infected with a lethal disease in Australia, the first woman to hijack an aircraft, and the living dead in India. Her collection is at once cohesive and arbitrary, mapping the relationships among chance, blood and other components of fate.

Permanent collections include Metropolitan Museum of Art, New York; Tate Modern, London; the Guggenheim Museum, New York; Centre Georges Pompidou, Paris; and the Los Angeles County Museum of Art, Los Angeles. Her work was included in the 56th Venice Biennale (2015). Simon's installation, An Occupation of Loss (2016), co-commissioned by the Park Avenue Armory and Artangel, premiered in New York in 2016. The performance will be held again in London in 2018. Simon is a graduate of Brown University and a Guggenheim Fellow. She lives and works in New York.

“In a historical period in which many people are making such great efforts to conceal the truth from the mass of the people, an artist like Taryn Simon is an invaluable counter-force. Democracy needs visibility, accountability, light ... Somehow, Simon has persuaded a good few denizens of hidden world not to scurry for shelter when the light is switched on, as cockroaches and vampires do, but to pose proudly for her invading lens ...” — Salman Rushdie 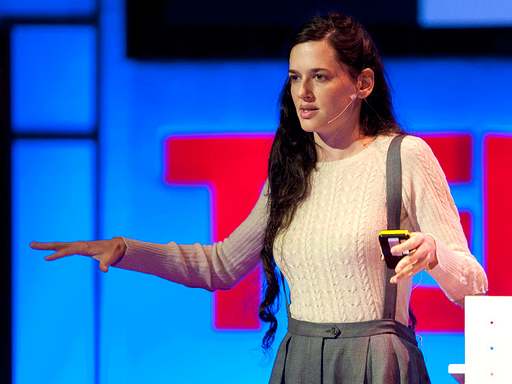 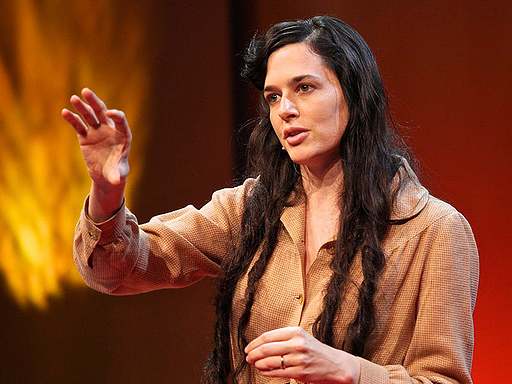 The stories behind the bloodlines

A celebrated building turns 50…and other TED news

Taryn Simon exhibits her startling take on photography — to reveal worlds and people we would never see otherwise. She shares two projects: one documents otherworldly locations typically kept secret from the public, the other involves haunting portraits of men convicted for crimes they did not commit. (Recorded at TEDGlobal 2009, July 2009, in Oxford, […]

Taryn Simon at TEDGlobal 2009, Session 8: July 23, 2009, in Oxford, UK. Credit: TED / James Duncan Davidson Taryn Simon is a photographer whose subjects are often as fascinating as her images. This morning, she launches into a series of photographs from her amazing collection An American Index of the Hidden and Unfamiliar. She […]