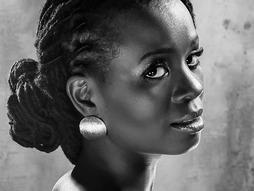 In late 2011, East African vocalist and songwriter Somi moved from New York City to Lagos, Nigeria, for 18 months in search of new inspiration. The result: her chart-topping 2014 major label debut, The Lagos Music Salon (Sony Music). The album, with guests Angelique Kidjo, Common and Ambrose Akinmusire, draws its material from the tropical city's boastful cosmopolitanism, urgent inspiration and giant spirit, straddling the worlds of African jazz, soul and pop with a newfound ease and voice that Vogue Magazine calls "powerful."

Born in Illinois to immigrants from Rwanda and Uganga, African and Jazz legacies are crucial to Somi's sound. Referred to as a modern-day Miriam Makeba, JazzTimes magazine describes her performance as "the earthy gutsiness of Nina Simone blended with the fluid vocal beauty of Dianne Reeves," while Billboard remarks that she's "all elegance and awe... utterly captivating."

In 2013, Somi was invited by Secretary General Ban Ki-Moon to perform at the United Nations' General Assembly in commemoration of the International Day of Rememberance of the Victims of Slavery and the Transatlantic Slave Trade.

A TED Senior Fellow, inaugural Association of Performing Arts Presenters Fellow, founder of the non-profit New Africa Live, and a two-time recipient of the Doris Duke Foundation's French-American Jazz Exchange Composers’ Grant, Somi began an exploration of African and Arab jazz traditions alongside French-Lebanese trumpeter Ibrahim Maalouf, while investigating the role of the female voice during the Arab Spring protests. That body of work was premiered at the Kennedy Center’s 2014 Mary Lou Williams Jazz Festival. Somi is a 2015 Artist-in-Residence at UCLA's Center for the Art of Performance and The Robert Rauschenberg Foundation.

She is currently working on a jazz opera about the life and legacy of South African singer and activist Miriam Makeba. 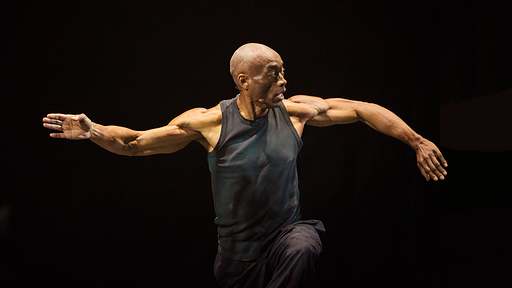 The dancer, the singer, the cellist ... and a moment of creative magic

More news and ideas from Somi

A picture that rendered me speechless, snapped at TED2015

They say a picture is worth a thousand words. This picture was worth all the words I had — it rendered me speechless. It’s an image of six Black women, smiling and hugging, taken by Ryan Lash at the TED2015 conference. There we were —  LaToya, Somi, Aomawa, Camille, Danielle and myself — in all […]

Continue reading
How This Talk Came To Be

Three artists. One five-minute performance. Less than 48 hours. No, this is not a math problem. It was the scenario presented to choreographer Bill T. Jones, cellist Joshua Roman and vocalist Somi at the start of the TED2015 conference. June Cohen, TED’s executive producer of media, offered a challenge to these three: Could they craft […]