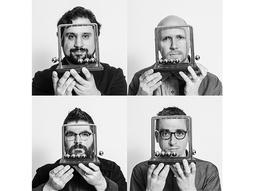 Since 1999, Sō Percussion has redefined the modern percussion ensemble as a flexible, omnivorous entity. Praised by The New Yorker for their “exhilarating blend of precision and anarchy, rigor and bedlam,” their activities range from commissioning new works by notable composers (Steve Reich, David Lang, Steve Mackey, etc.), to performing their own music, to creative collaborations with a diverse range of artists including Matmos, Dan Deacon, Shara Nova, Glenn Kotche, Bryce Dessner and many others.

Sō Percussion has recorded more than 20 albums and performed at Carnegie Hall, Lincoln Center, the Walker Arts Center, the Barbican, the Concertgebouw and many other major venues in the United States and around the world.

Sō Percussion is the Edward T. Cone Ensemble-in-Residence at Princeton University and runs the annual Sō Percussion Summer Institute. Its members are co-directors of the percussion department at the Bard College-Conservatory of Music.

“Through a mix of consummate skill and quirky charm, this mercurial quartet has helped to ignite an explosive new enthusiasm for percussion music old and new.” — New York Times, June 14, 2012 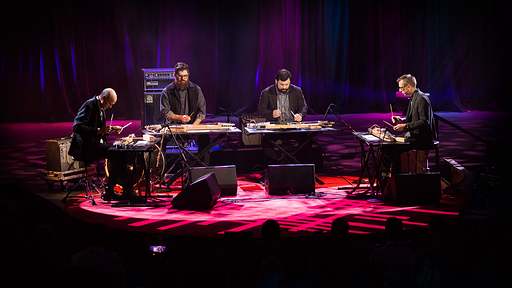 "Music for Wood and Strings"