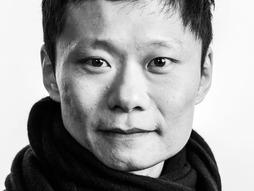 Shih Chieh Huang has one goal with his art: to create experiences for people to explore. He finds inspiration for his work from some highly unusual sources: a bioluminescent fish, a garbage bag, even his belly button.

A TED Fellow, Shih Chieh Huang grew up in Taiwan, where he enjoyed discovering strange objects in his local night market. He developed a passion for taking apart everyday objects and transforming them into something new. These experiences—as well as a  fellowship at the Smithsonian Institute studying bioluminescent organisms—deeply inform his work.

Shih Chieh Huang has created a helmet that records the movement of the eye, and then uses the blinks to turn on and off a nightlight. He’s also used similar mechanisms to send glowing water pumping through tubes. His most recent work, however, takes plastic bottles, garbage bags and other everyday items and transforms them into gigantic sculptures that move and light up—as if they were actual sea creatures.

“There's an infamous scene in 'American Beauty' where video voyeur Ricky says the most beautiful thing he ever filmed was a plastic bag dancing in the wind. Shih Chieh Huang, takes that logic and evolves it to the nth degree.” — The Creators Project 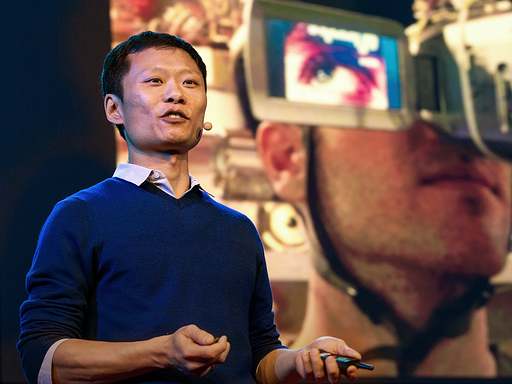 Sculptures that’d be at home in the deep sea

Gallery: Buzzing, moving, multi-tentacled sculptures made out of the stuff of our lives

Artist Shih Chieh Huang teases out the personality from everyday objects by fusing them together into colorful, clamorous creations.

It’s a monster jellyfish! It’s a tangle of plastic! No, it’s art.