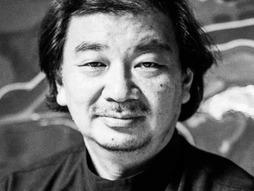 Architect
shigerubanarchitects.com
Most people look at cardboard tubes and see something fit for the recycling bin. But architect Shigeru Ban turns them into beautiful buildings.

Shigeru Ban's architecture redefines aesthetics, space, structure and even the idea of permanence. In 1986, for the Alvar Aalto Exhibition near Tokyo, Ban experimented with constructing a building from long paper tubes, the kind found at textile factories. The tubes ended up being much stronger than he had imagined, and were easier to waterproof and fireproof than he had guessed. Ban created many experimental buildings in this vein -- from the Japanese Pavilion at Expo 2000 in Germany, which was meant to be recycled upon demolition, to an office for himself and his students set atop the Pompidou Centre in Paris, where they worked for six years.

But Ban's paper-tube designs have found another use -- as emergency shelters for those who have lost their homes in disasters and wars. In 1994, Ban created shelters for refugees in Rwanda. The next year, after an earthquake in Japan, he rebuilt a local church out of paper tubes that became a local fixture for 10 years. His designs -- both low-cost, and dignity-building -- have housed people affected by disasters in Taiwan, China, Haiti, Turkey and Sri Lanka. He helped develop a shelter system after the Japanese earthquake and tsunami of 2011.

The founder of Shigeru Ban Architects, Ban is the 2014 Pritzker Prize winner. He teaches at Kyoto University of Art and Design. 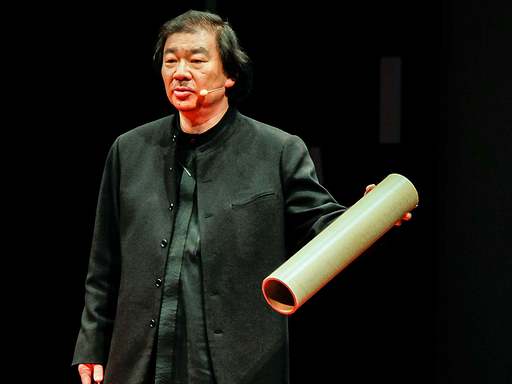 Emergency shelters made from paper

Architect Shigeru Ban uses paper tubes to build temporary, ecologically sustainable structures. These geometrically complex structures can be big and impressive — like a concave complex built for Expo 2000 in Germany — or small and functional, like the half-pipe office Ban built for himself atop the Pompadou Center in Paris. No matter their size […]

Buildings made from cardboard tubes: A gallery of Shigeru Ban architecture

“I was disappointed in my profession,” says architect Shigeru Ban in today’s talk, which he gave at TEDxTokyo in May. As far as he’s concerned, architecture has lost its way. “We are working for privileged people, for rich people, for government and developers. They have money and power, and those are invisible, so they hire […]