Cultural analyst
sherryturkle.com
Sherry Turkle studies how technology is shaping our modern relationships: with others, with ourselves, with it.

Since her path breaking The Second Self: Computers and The Human Spirit in 1984 psychologist and sociologist Sherry Turkle has been studying how technology changes not only what we do but also whom we are. In 1995's Life on the Screen: Identity in the Age of the Internet, Turkle explored how the Internet provided new possibilities for exploring identity. In her book, Alone Together: Why We Expect More From Technology and Less From Each Other, Turkle argues that the social media we encounter on a daily basis confront us with moments of temptation. Drawn by the illusion of companionship without the demands of intimacy, we confuse postings and online sharing with authentic communication. In her most recent bestselling book, Reclaiming Conversation: The Power of Talk in a Digital Age, Turkle argues that now, with a deeper understanding of our vulnerability to technology, we must reclaim conversation, the most human—and humanizing—thing that we do. The virtues of person-to-person conversation are timeless; to the disconnections of our modern age, it is the talking cure.

Described as "the Margaret Mead of digital cuture," Turkle's work focuses on the world of social media, the digital workplace, and the rise of chatbots and sociable robots. As she puts it, these are technologies that propose themselves "as the architect of our intimacies." We are drawn to sacrifice conversation for mere connection. Turkle suggests that just because we grew up with the Internet, we tend to see it as all grown up, but it is not: Digital technology is still in its infancy, and there is ample time for us to reshape how we build it and use it.

“In a time in which the ways we communicate and connect are constantly changing, and not always for the better, Sherry Turkle provides a much needed voice of caution and reason to help explain what the f*** is going on.” — Aziz Ansari 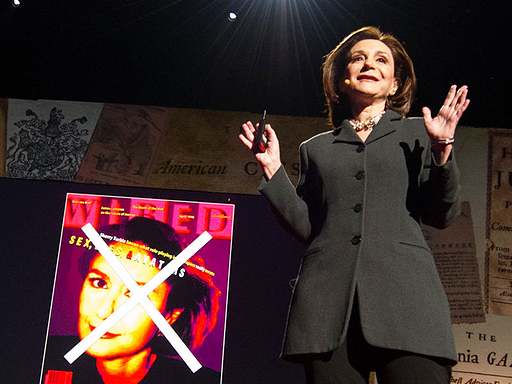 How to build closer relationships

Connected but alone? Highlights from our Live Conversation with Sherry Turkle

Yesterday, TED2012 speaker Sherry Turkle held a 1-hour Live Conversation around her new TEDTalk “Connected but alone?” She asked the TED.com community this question: “How has digital technology changed the kind of communications you have with your friends, family and coworkers?” Here are some highlights of the back-and-forth: Vanessa Borg : “Changes in digital technology has […]