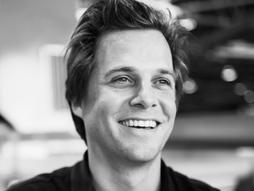 Sebastien de Halleux is currently chief operating officer at Saildrone, a company that designs, manufactures and operates a global fleet of wind- and solar-powered ocean drones monitoring the state of the planet in real time. Saildrone's mission is to quantify planetary systems that affect humanity like extreme weather, global fisheries and carbon fluxes.

Before Saildrone, de Halleux cofounded a video games company called Playfish, which disrupted the industry by turning solitary game play into social experiences. Playfish attracted hundreds of million of users before being acquired by Electronics Arts. He also helped launch one of the very first mobile game companies back when mobiles had black and white screens and actual keypads, which IPOed on NASDAQ.

An internationally recognized leader, recipient of the Tech 100 and Tech Fellow Awards and member of the Aspen Global Leadership Network, de Halleux holds a master's in civil and environmental engineering from Imperial College, London. In his spare time, he spends every minute with his children and friends on his sailboat or driving a mobile cinema truck trough rural Africa. He recently welcomed his fourth child, a daughter named Xochi.